In this post, we’re going to be taking a closer look at three pieces of Hytale key art - the kind of thing you might find used for posters or wallpapers. Artist Thomas ‘Xael’ Frick created each of these images to express the personality of locations and characters that you’ll encounter as you play through Hytale’s adventure mode. Below, you’ll find timelapse videos depicting the creation of each piece - and they also feature ambient music by Hytale’s composer Oscar Garvin.

Each video shows the creation of these pieces with Procreate for iPad. Detail is then added in Photoshop on a PC - you can see the final version of each image at the end of the videos.

“I’m pretty happy with this one because it looks close to what we have in-game” Thomas says. “ I try to find interesting colour palettes in order to create something with a nice atmosphere. Here, it’s lots of green, dark blue and bright blue with a touch of brown. It’s a foggy environment because it’s a swamp. When I draw an environment like this, it helps with building weather - we try to reproduce the same effect for the in-game landscape.”

“I often add some architecture - here we have a Kweebec tree, which will help the world team to build prefabs.” Thomas says. “They can use this for inspiration - they won’t do the exact thing that I do, but they’ll think about how they might create it with blocks.”

“There’s a magical feel, but it’s still a little dark” Thomas continues. “I really like the combination of cute and scary - the monster here is a nice example of that, because he looks a bit scary but he’s cute and fun too. It’s a balance that is not always easy to reach.”

“Usually I try not to block myself into staying in a ‘cubic’ style of sketching” Thomas says. “I start with a normal sketch. On this one, you can see that I started by putting down a big flat area of colour. I’m usually not too worried about which materials will exist in the game, but I still keep in mind that the sand will become a block, the stone will become a certain type of stone, the sky will become a weather asset. I keep that in the back of my mind - the same is true for the plants and other things that are covering the ground.”

“I didn’t want a typical desert” Thomas continues, “with a bright blue sky like the picture we all have in our minds. I wanted to work on the dark, hot, desert aspect, and I wanted a threat. There are two things here that are threatening the player. You have big clouds, like a sandstorm is coming, and you have the tower. I initially thought it might be a dungeon, but in the final version it became a Scarak nest.”

“I could have included a crew, but I placed the player alone” Thomas says. “I like that because it creates the feeling of loneliness and exploration, like you’re discovering untouched lands. I really like this kind of stuff. It’s not about the character - it’s about his loneliness in this landscape.”

“This one was a lot of work, because it’s a very important character” Thomas says. “In the video, you can see that I’ve started over many times and it was very messy. I had no process on this one in the beginning - I was painting over layers and layers and trying to find something interesting. Eventually I found a nice outline and started to define the details.”

“I wanted the character to look a little bit like a demon, and not exactly humanoid” Thomas says. “I wanted to give him a spectral aspect - a little bit ethereal. He’s not from Orbis, so he must look different to the other characters we have in the game. We also had to define a key colour for him - the green of his skin and the diamond shape of his eye is very representative of Varyn and his minions.”

“The orb he has in his hand represents void magic” Thomas says. “In the beginning I thought that might be green too, but for the need of this composition I ended up picking a purple-pink colour, which represents corruption in the world. Most of the time, Varyn is a distant threat. The magic in his hand represents his power - all of his focus is on this spell.” 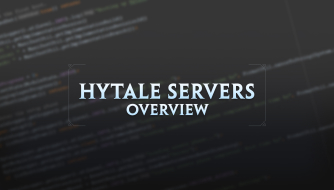 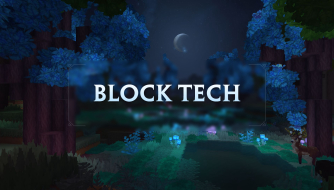