Our first look trailer has given you a glimpse of some of the hostile and friendly creatures that you’ll encounter in Hytale’s adventure mode, but in this article we’re going to dive a bit deeper. Below, you’ll find information on a number of creature types, and we’re going to use each one to explore a different aspect of how Hytale’s NPC system works.

Kweebecs: a society to discover! 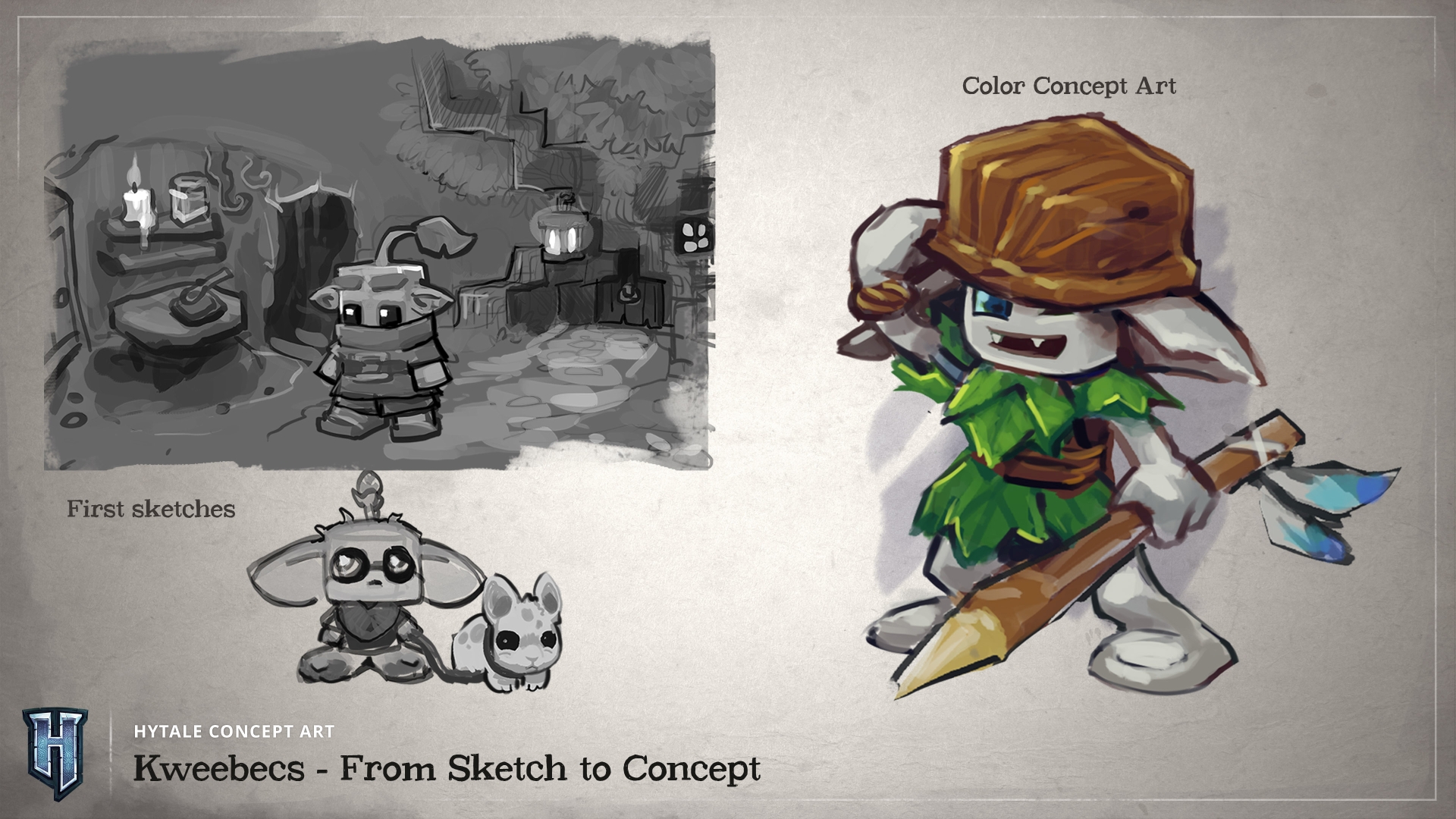 In Hytale, NPC factions form societies with their own culture, habits, blockset, and role to play in the story. First, let's get to know some of Hytale's friendlier inhabitants: Kweebecs, who will become some of your earliest allies.

Let's take a look at an example of Kweebecs at home. The screenshot below shows several aspects of the Kweebec blockset, as well as the various stages of the Kweebec life-cycle: from sprouting seedlings to autumnal elders. 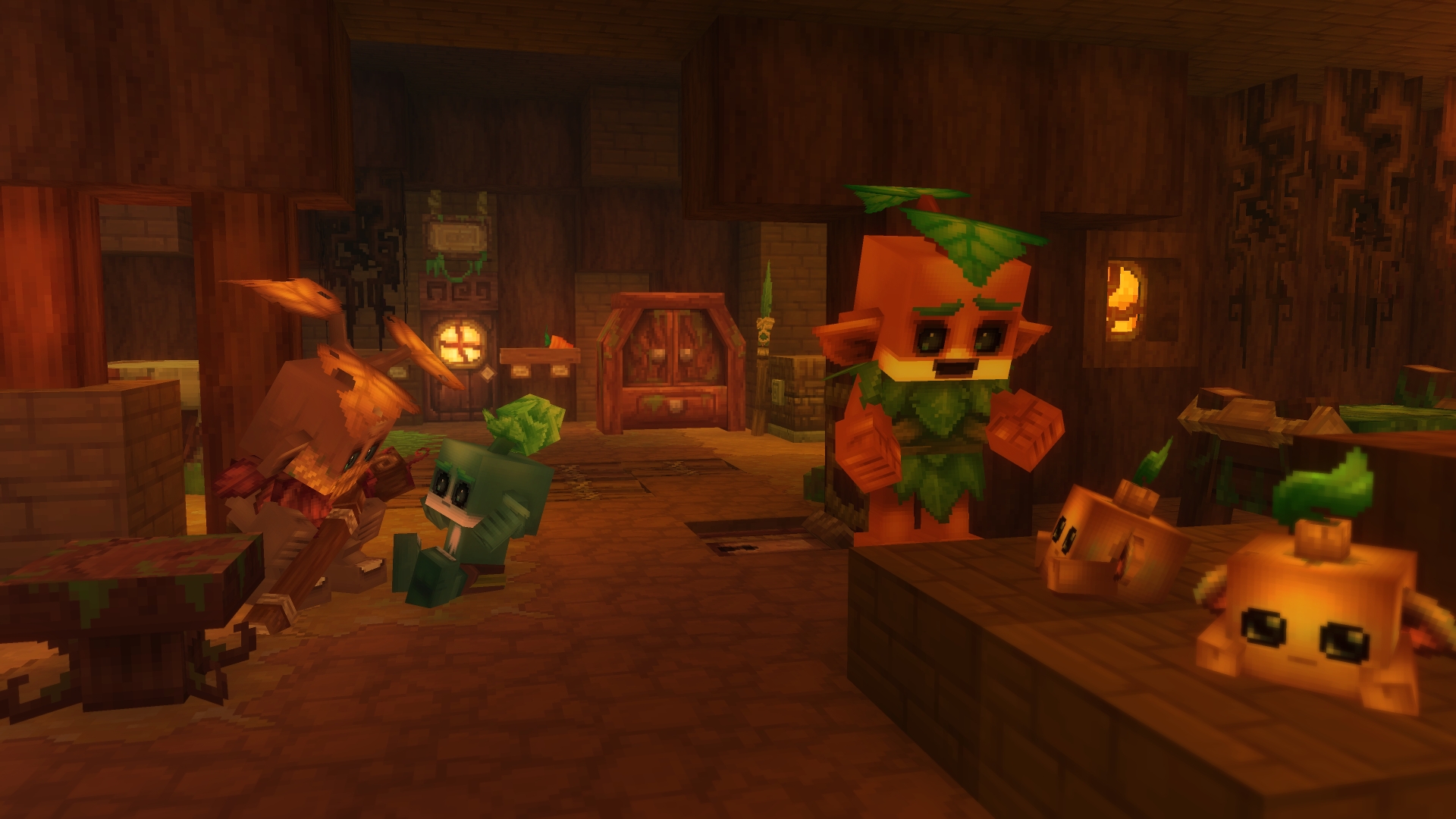 This life-cycle is an important part of the story of the Kweebecs. As they age, they grow slower and slower until they stop moving completely, release a burst of energy, and become much more like the trees they resemble.

When an elderly Kweebec adopts this new form, their seeds fall to the ground and form the basis of the next generation. Young Kweebecs never get to meet their parents: instead, they learn about their history from Treesingers. These are elders who tend to these young seedlings as they take their first steps into the world.

This isn't just a story that you'll read about - it's an important part of how Kweebecs operate in the game! 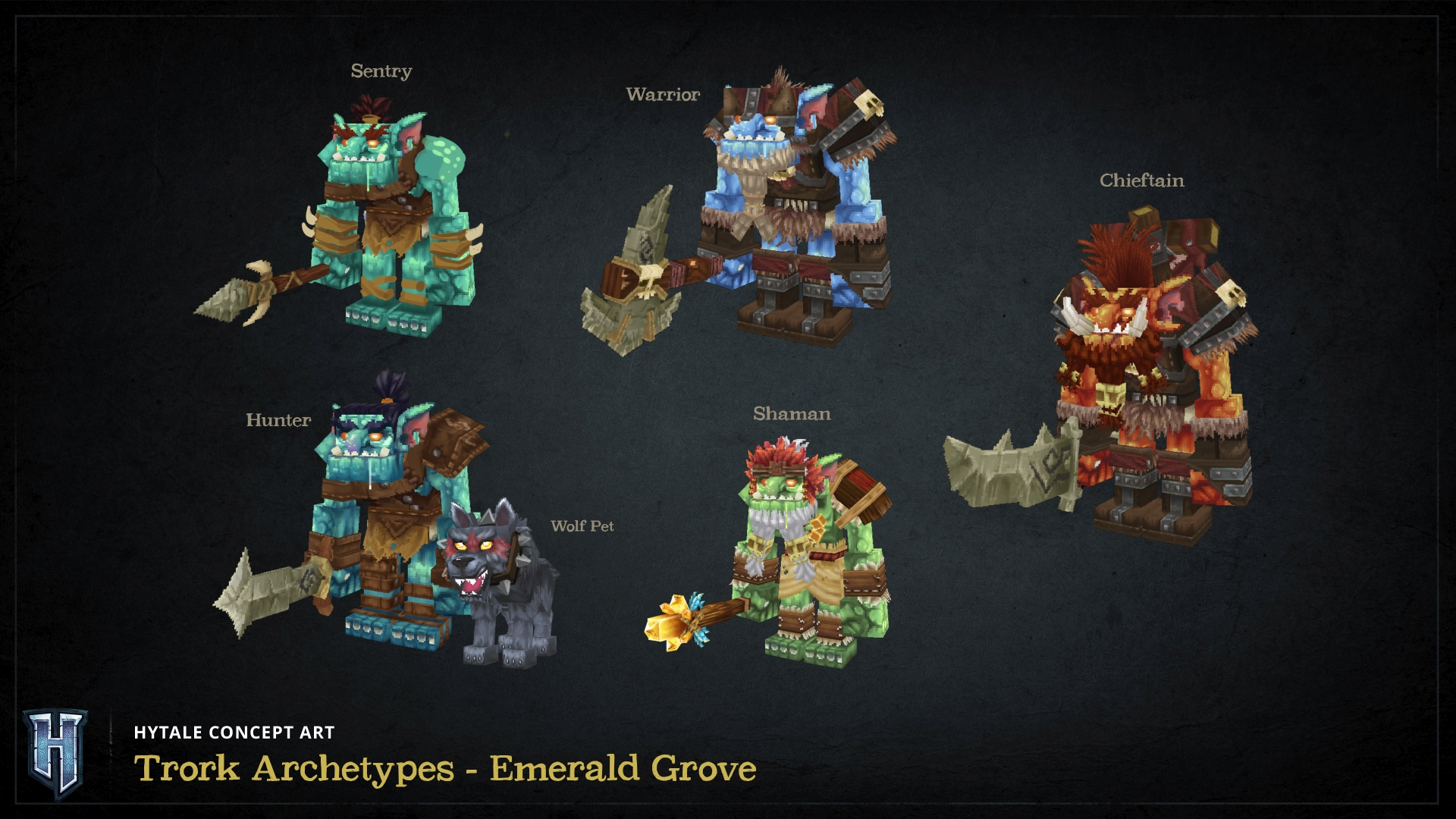 Trorks make for formidable enemies, and come in many shapes and sizes. Hytale's NPCs are modular, and this means that we can create lots of variations of the same basic creature. In the concept art above, you can see several different Trork classes - from eagle-eyed sentries to powerful chieftains.

Each of these Trork types has a different pattern of behavior, and this is the reflected in the way they look and act in-game. 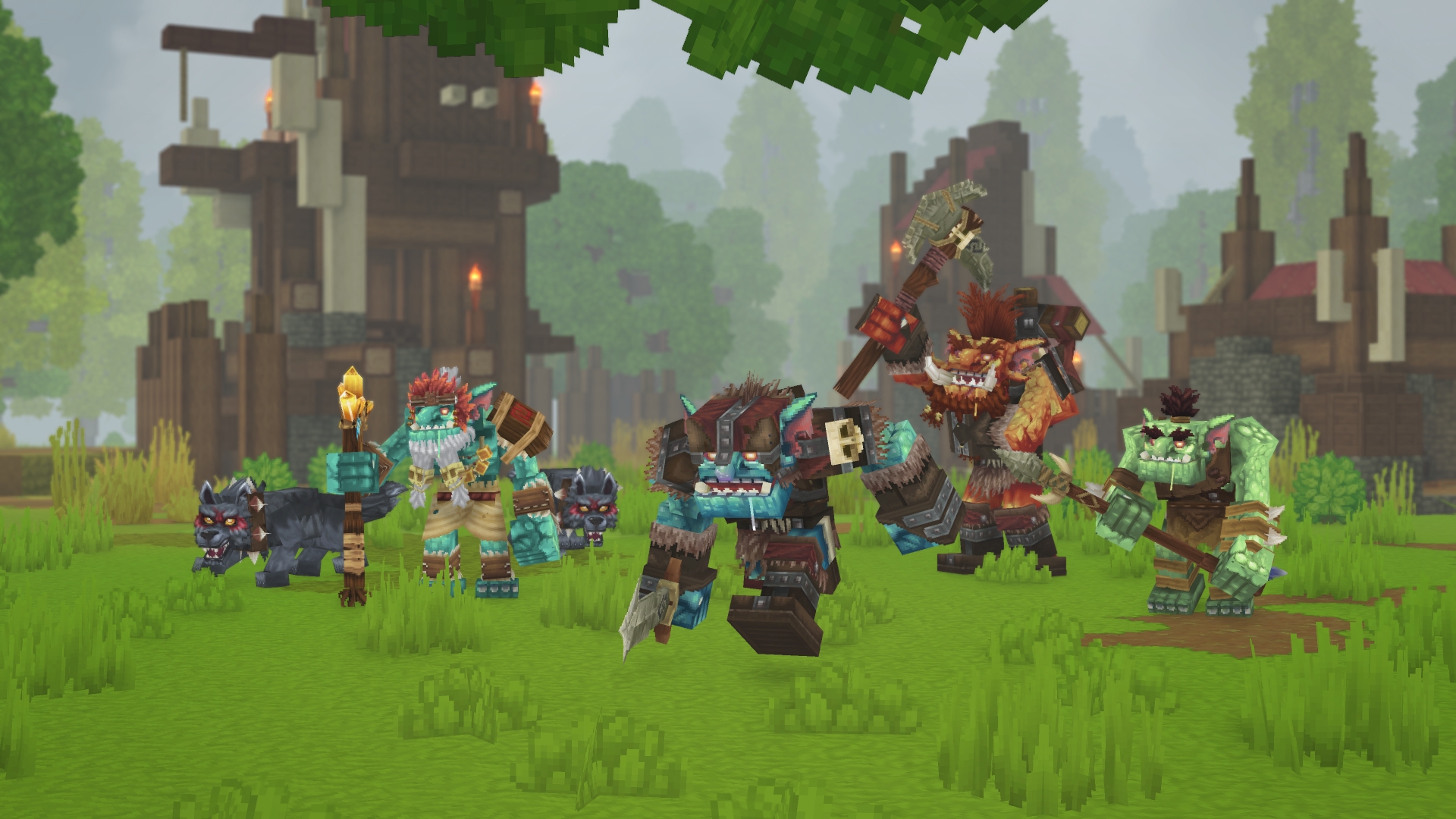 When you rush into battle against a band of Trorks, you'll want to pay attention to all of the different types of foe you're facing.

We're using Trorks as an example here, but lots of Hytale's NPC factions work this way. There are lots of different subtypes to discover, and with in-game scripting and the Hytale Model Maker, you'll be able to create or customize your own NPC variations too!

Animals: interactive inhabitants of the wild! 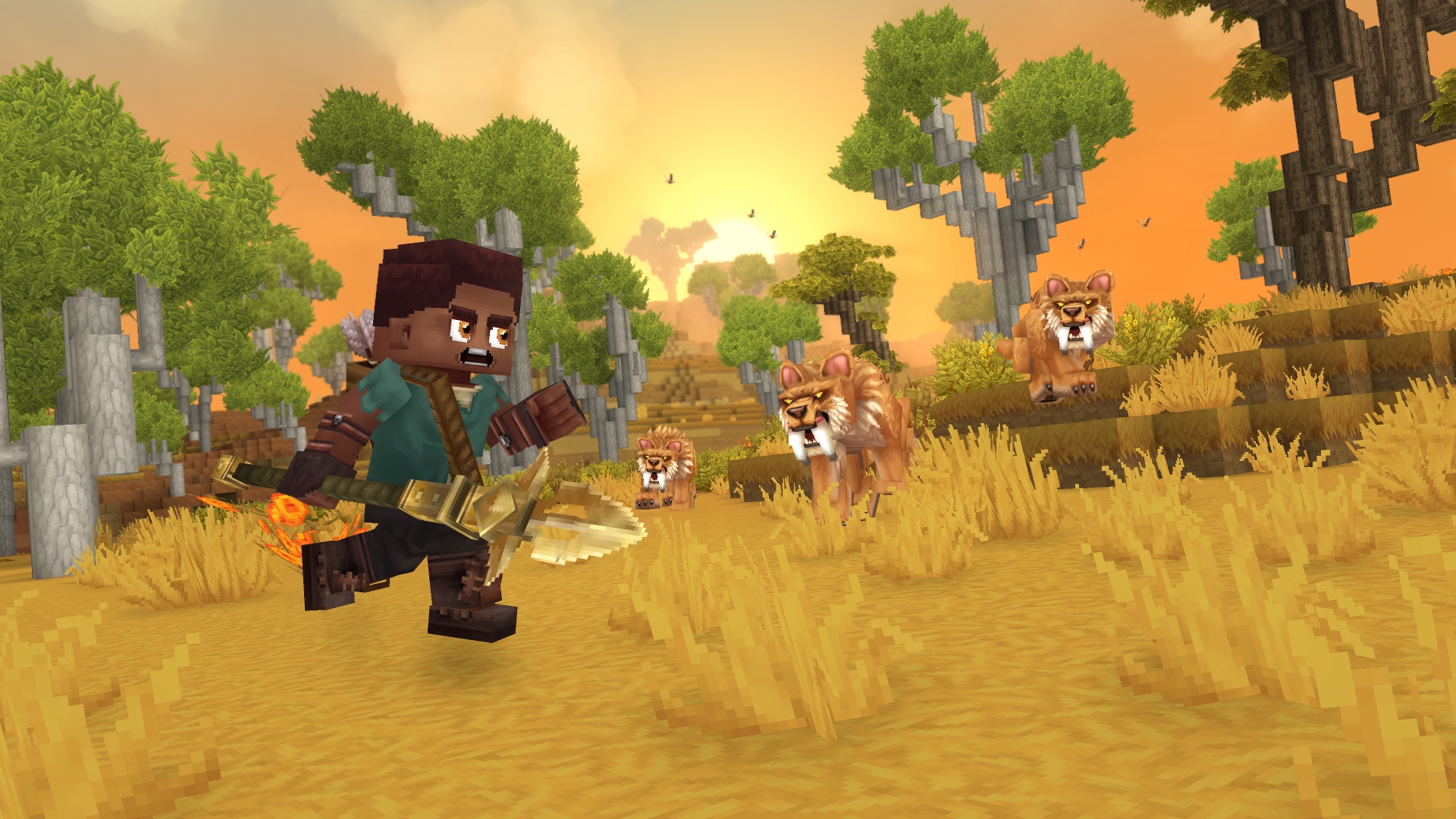 Animals are one of the key ways that we're creating a sense of interactivity in the world of Hytale. You'll have lots of opportunities to hunt, domesticate, and raise animals yourself, but we're working on systems that allow animals to interact with each other in interesting ways too. 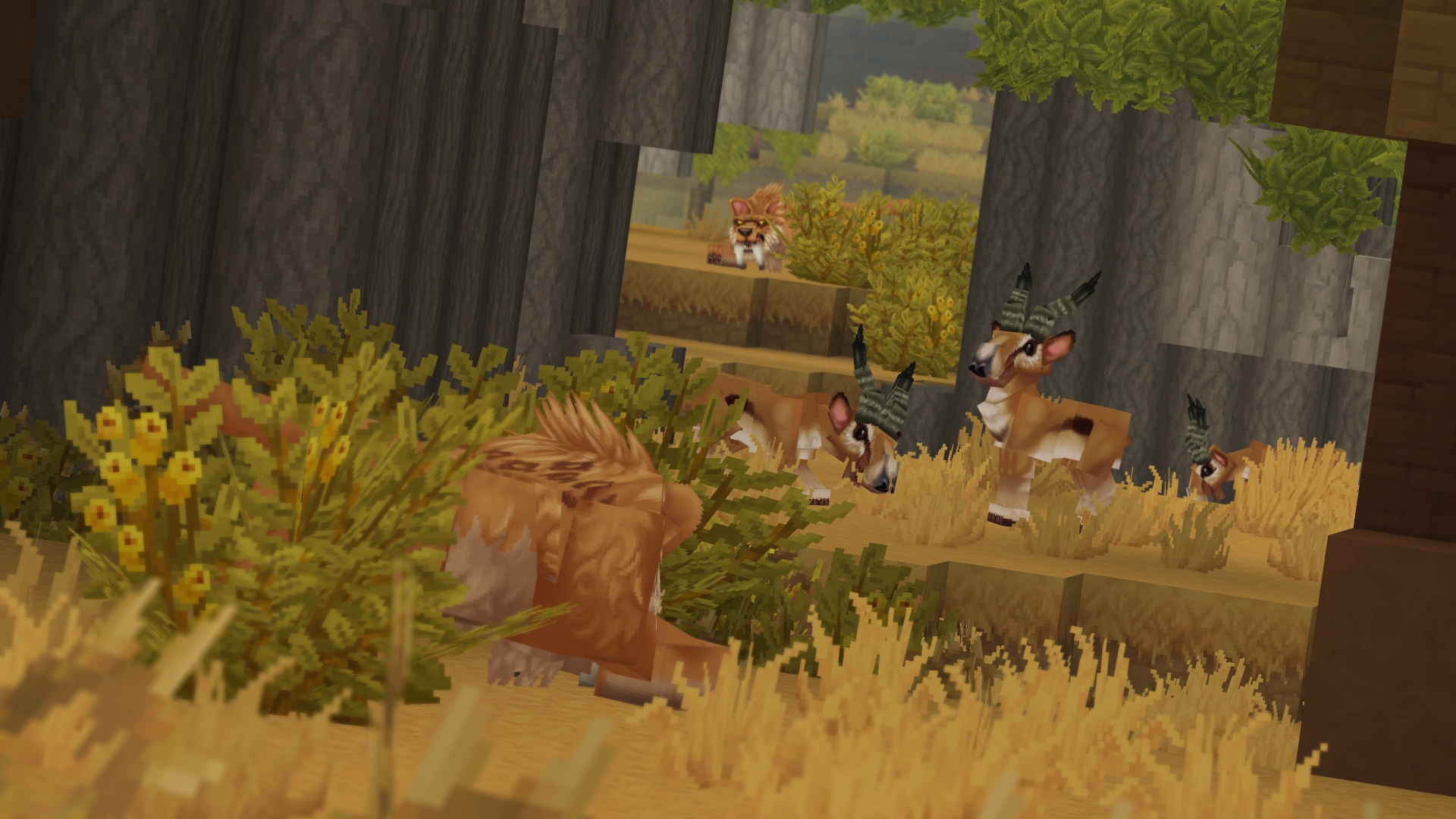 These saber-tooth tigers hunt in packs, prowling through the undergrowth to get the drop on prey animals. Understanding this behavior is very important if you want to hunt them yourself: or just stay out of their way! 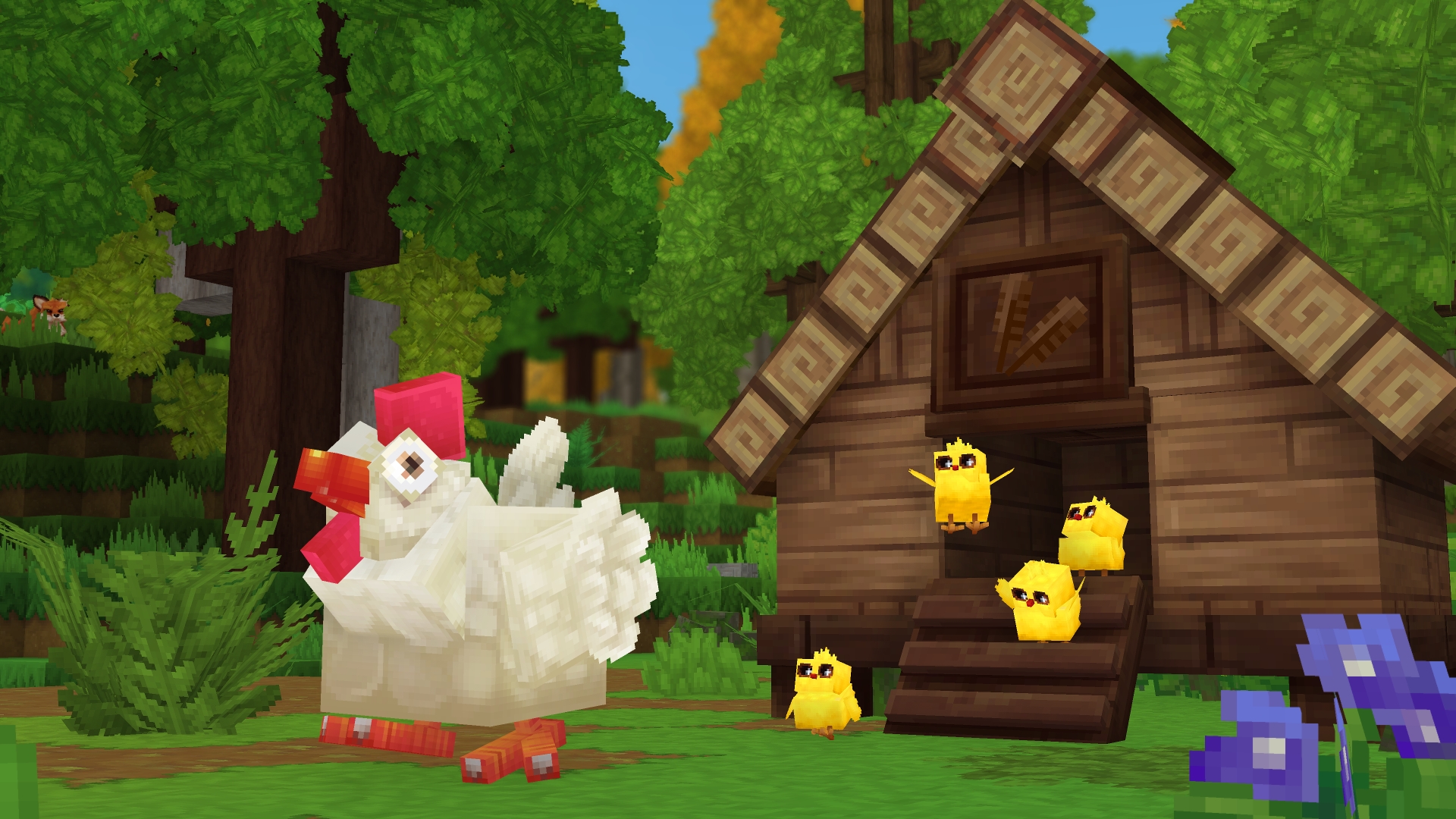 Whether wild or domestic, we've tried to ensure that animals behave intuitively. Little chicks will follow a mother hen, for example, and grown chickens will jealously guard their eggs: expect to get pecked if you steal one from a chicken that isn’t familiar with you! If you create a safe environment for your chickens - a coop, for example - then you’re more likely to be able to gather eggs without fuss.

There are lots of these interactions to discover as you explore - and each of them, we hope, makes the world feel that little bit more alive. 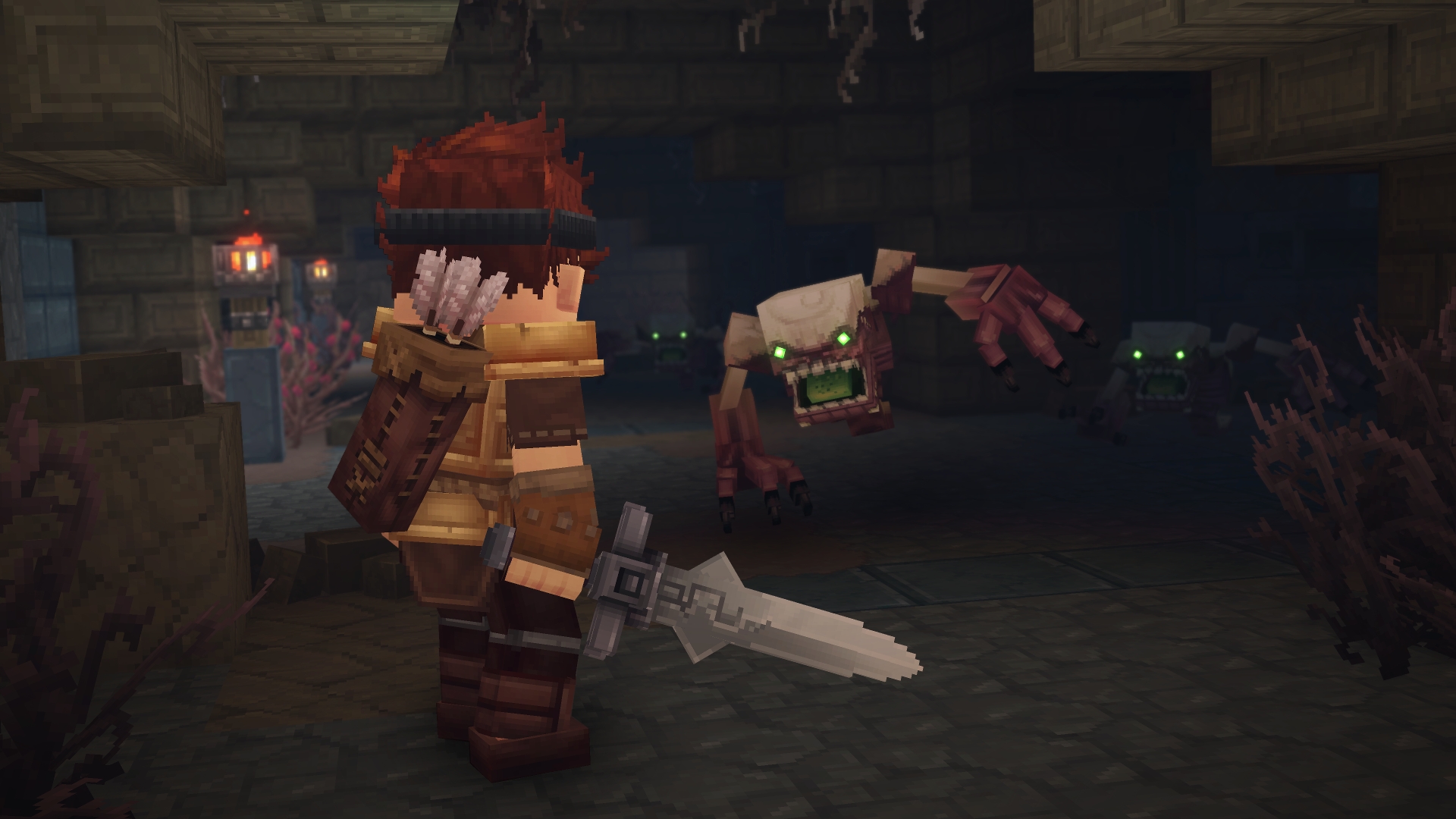 Alongside the wide roster of characters and creatures to discover in Hytale’s open sandbox, we're also implementing a set of hand-designed boss encounters and combat challenges. These work slightly differently to the creatures you'll encounter elsewhere: each is designed for a specific environment and takes planning to defeat.

Boss encounters are intended to add depth to the game, whether you're playing solo or taking them on with a group of friends. It usually won't be enough to simply show up with strong armor and a weapon that does loads of damage: you're going to have to learn how each monster operates in order to overcome them. 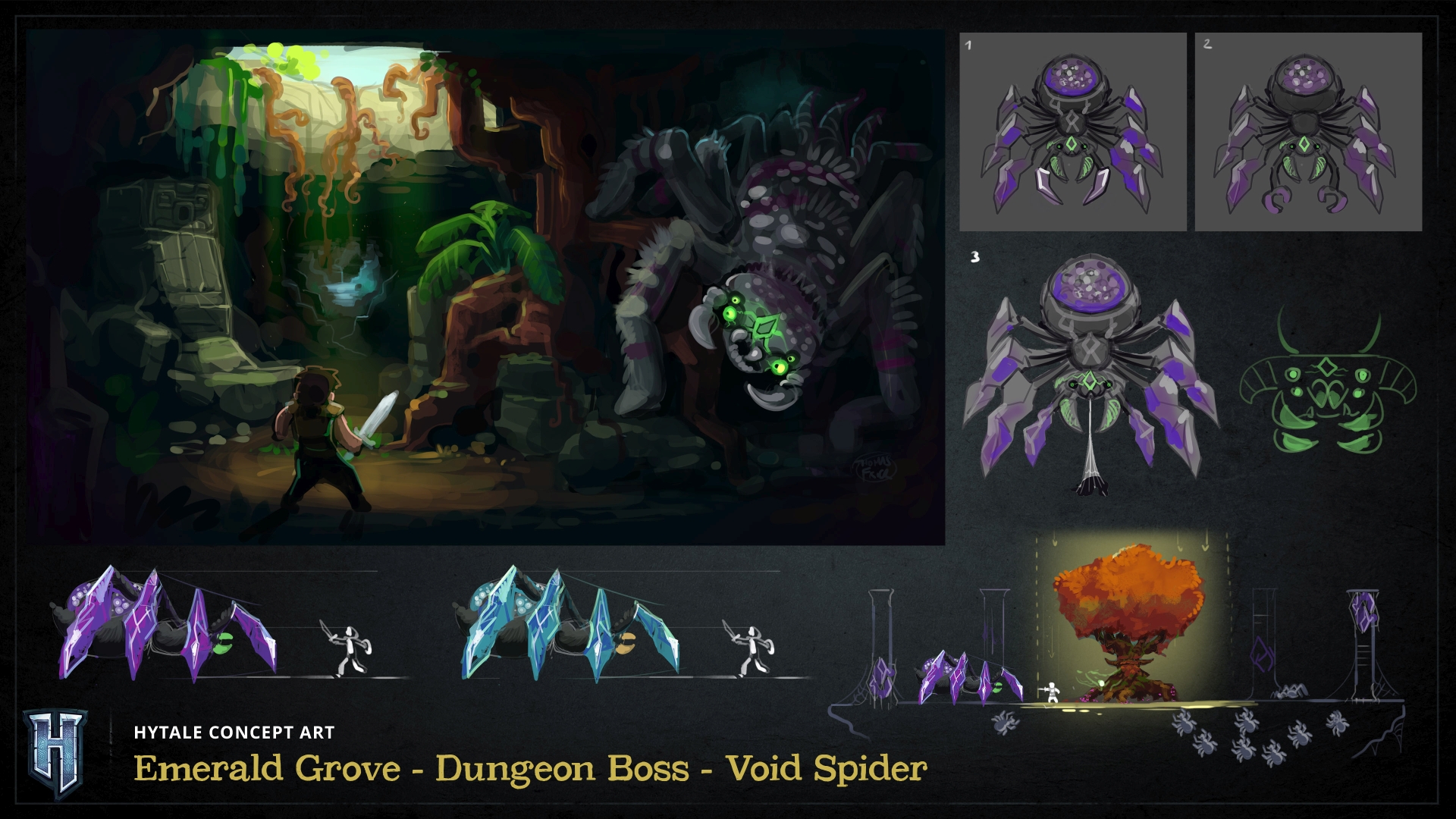 We want these encounters to be a surprise, so we're going to avoid spoiling too many of them before you get a chance to play the game for yourself. Needless to say - there are worse things than giant spiders lurking in Hytale's deepest depths!

We're going to be providing much more info on Hytale's NPCs in the future. For now, we'll leave you with glimpse at some more of the critters that you'll encounter on your journey.

Seek to emulate! The relaxed enthusiasm being demonstrated by this young Kweebec. 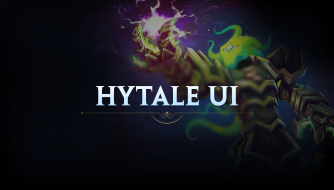 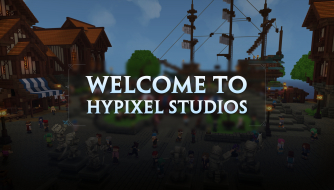