Hytale is based on a custom engine that has been built from scratch over the last four years. This year, our engine developers have continued to upgrade our technology with new features, including real time shadows, improved water effects and bloom, and a host of improvements to rendering and particle effects. In this post, we’re going to showcase these changes - and then show you how it all comes together in a gameplay clip!

First, though, a quick note about hardware compatibility. While we’ve added some dramatic new features to the engine, our baseline system requirements haven’t changed. Hytale will be fully playable on a low-end system with an integrated graphics chip - in fact, many of the features you’ll see below work on integrated Intel GPUs! We’re fully aware of how important performance is, however, so we’ll also provide the option to customize your graphics settings to suit your setup.

Despite the progress we’ve made, everything we’re revealing in this post represents work in progress - the look and feel of Hytale will keep evolving as we continue to work on the game! 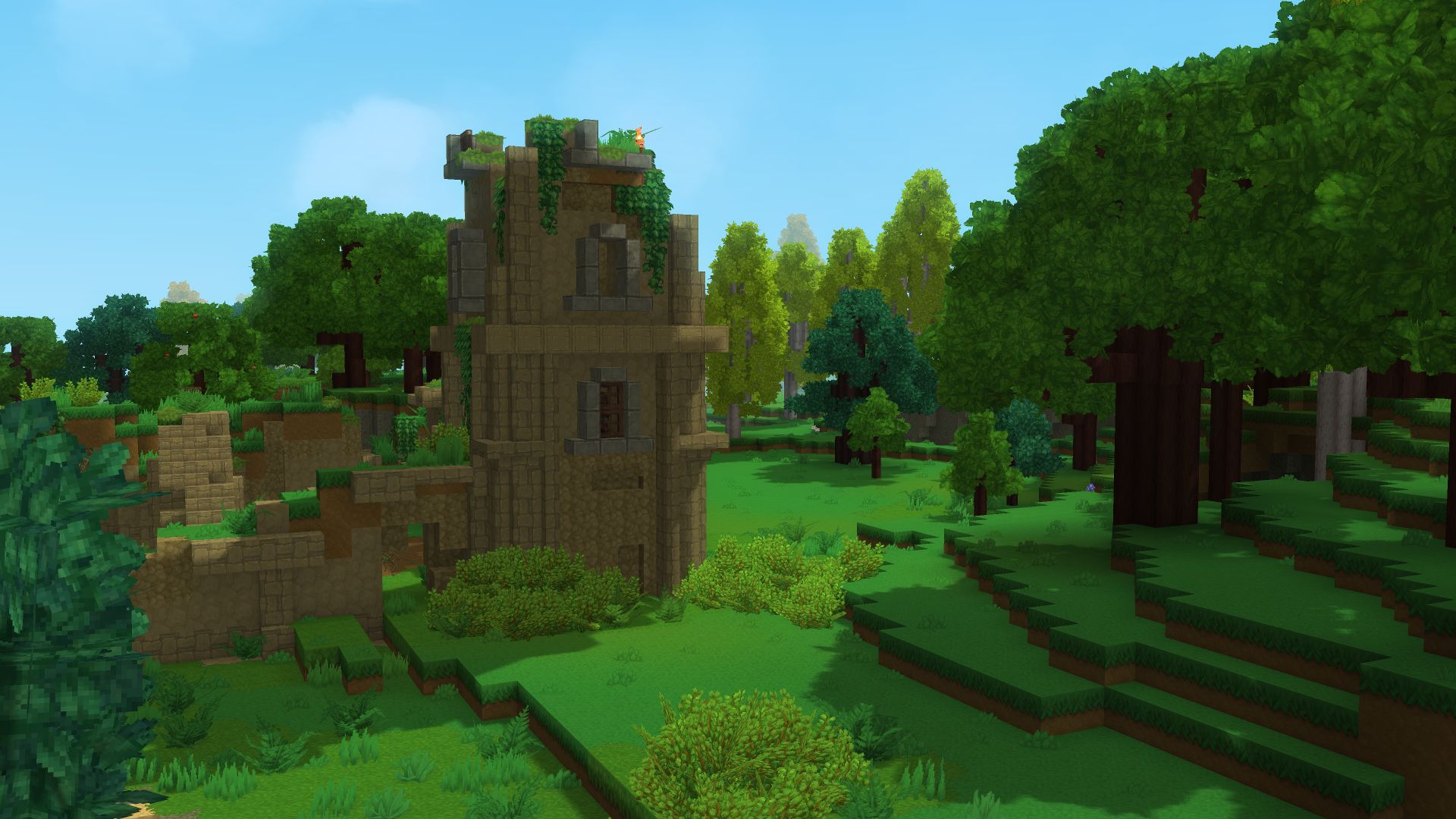 One of the biggest changes to Hytale’s look and feel over the last few months has been the addition of cascaded shadow mapping. Characters and the environment now cast detailed shadows that react to the position of the sun and moon - a change that should be apparent in every screenshot and video clip we post from now on! 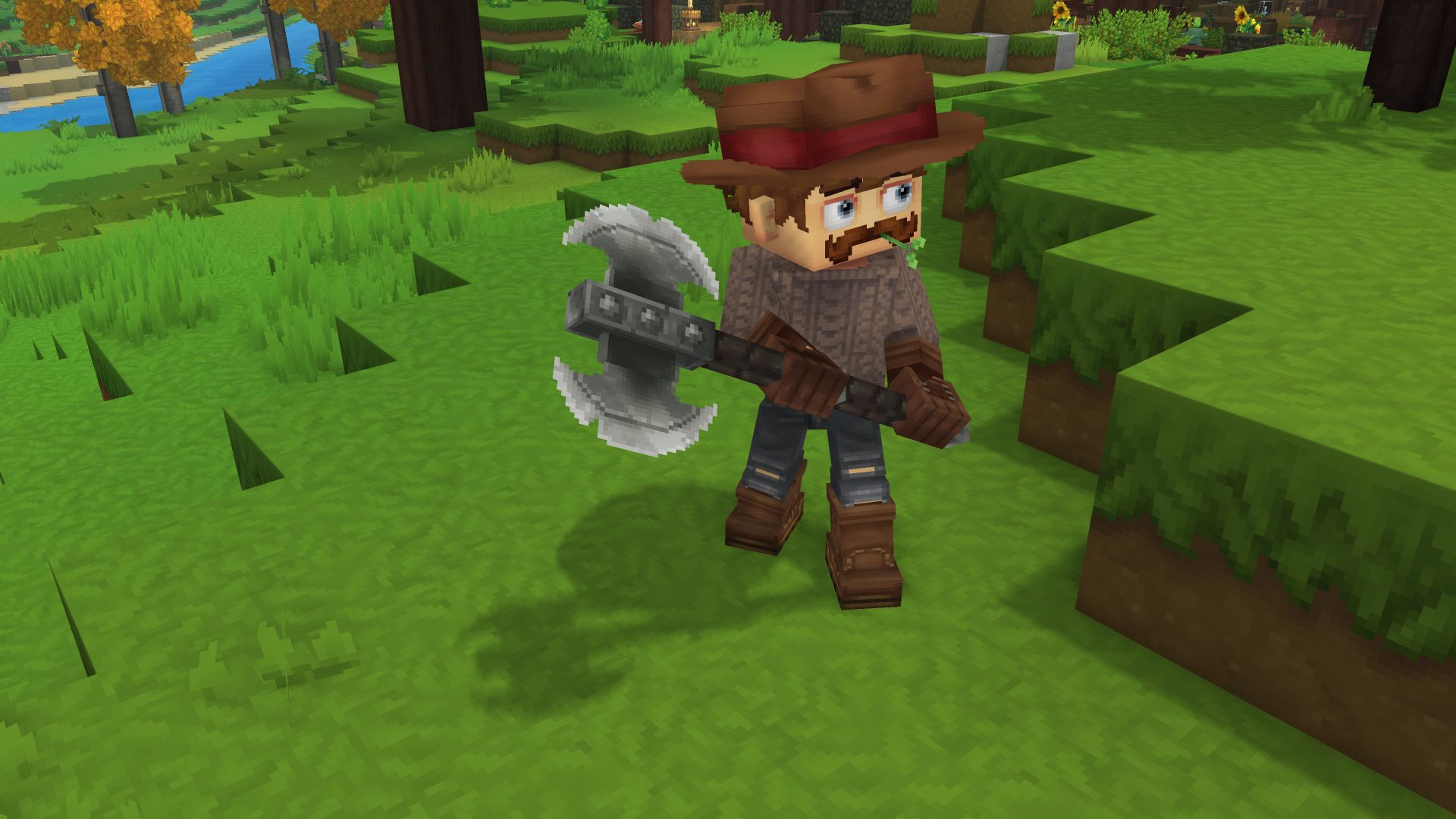 Entity shadows reflect the exact shape of the creature or character in question, including any equipped weapons or gear and the animation being performed. 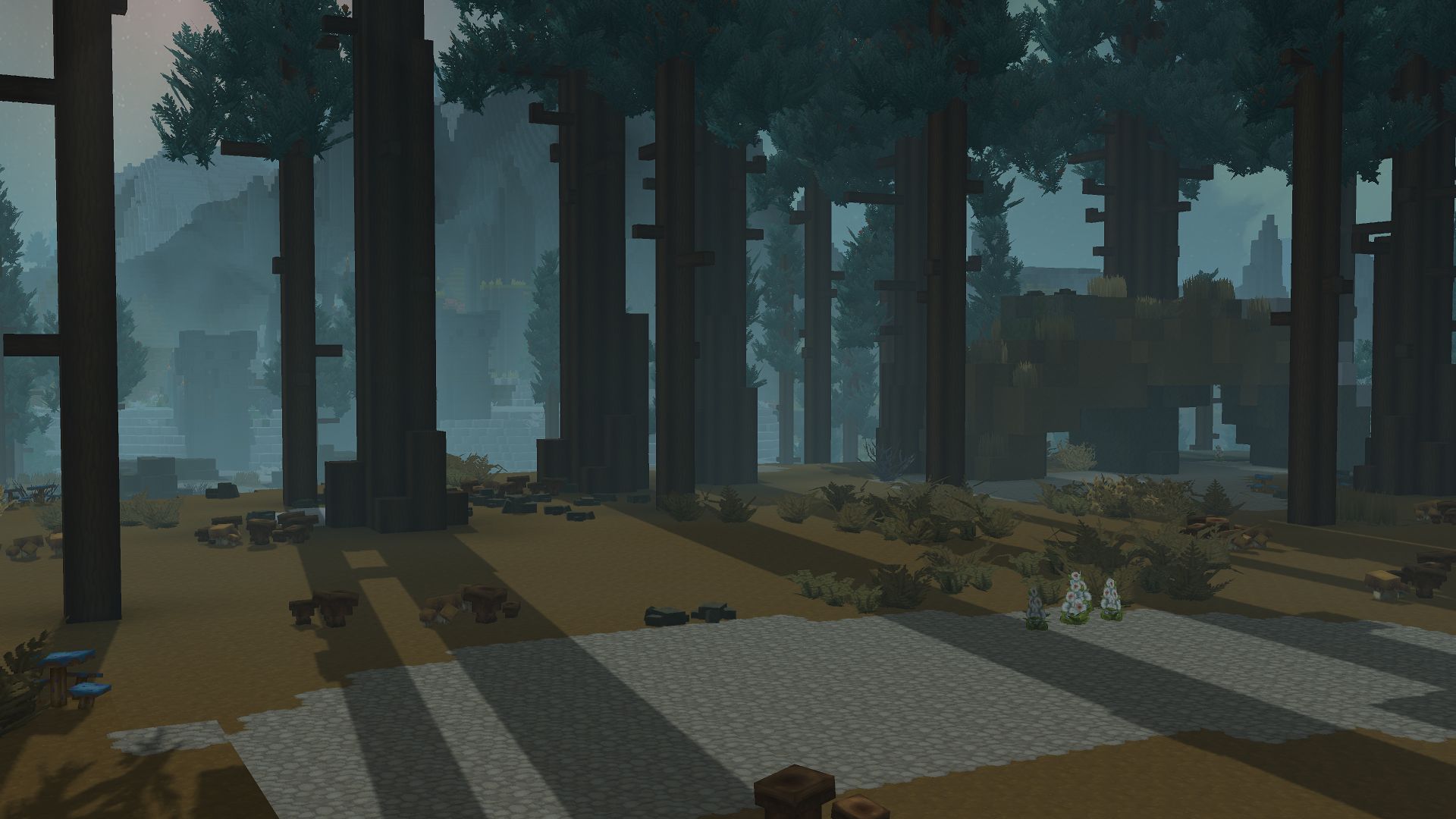 When combined with the weather and time of day presets that we outlined in the custom content post, real time shadows can help produce some really atmospheric environments. To get the full effect, however, you’ve got to see it in motion - so here’s a timelapse showing time-of-day transitions in a variety of settings. 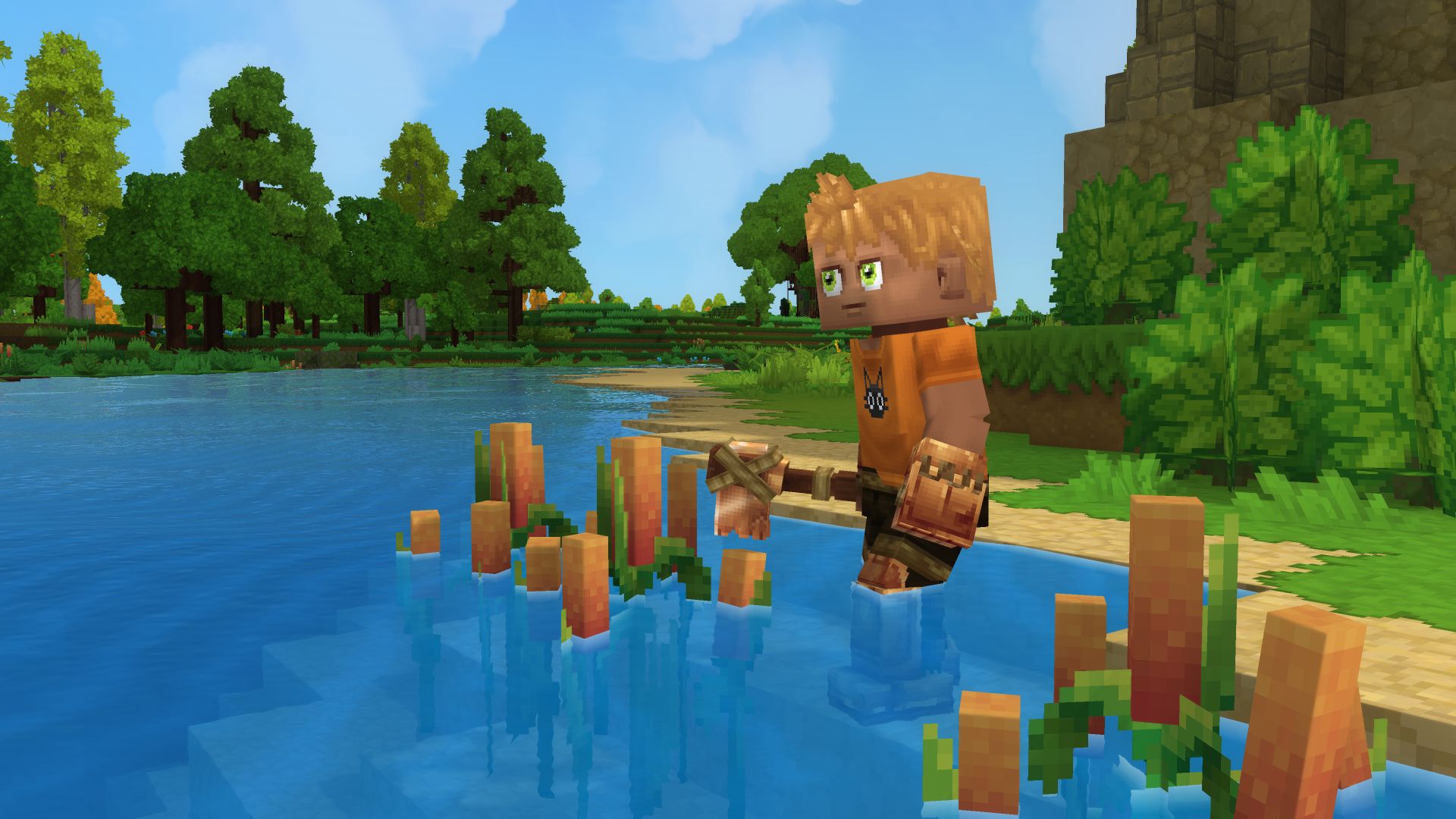 We’ve also added additional depth and sophistication to Hytale’s water effects with the addition of reflections, refraction, waves, edge whitening and more. Take a look at the far riverbank in the screenshot above to see how the trees are reflected in the surface of the water. 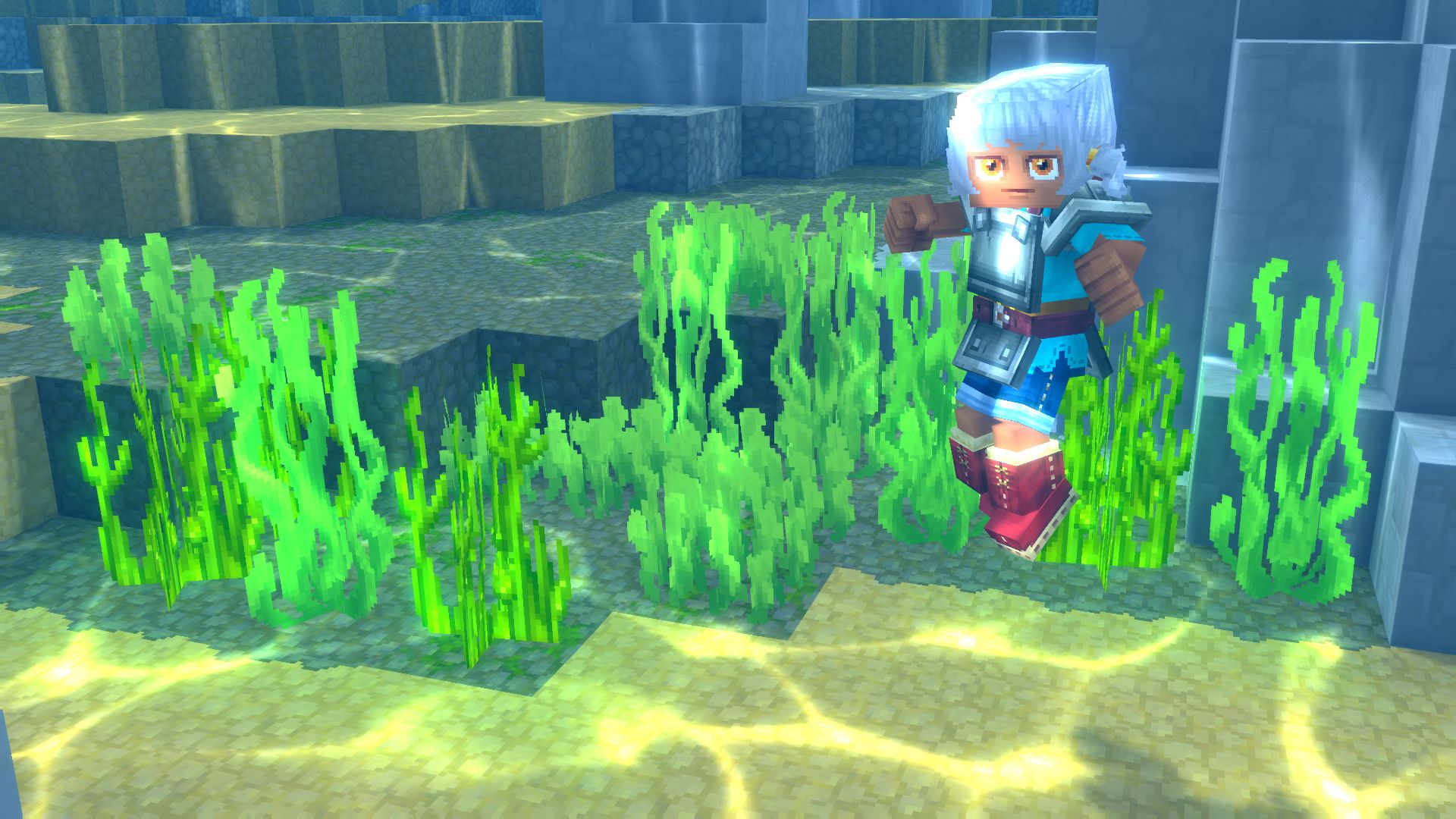 This screenshot demonstrates the benefit of underwater caustics, which have helped to create a more immersive effect while exploring beneath the waves. We’re continuing to work on our water tech - these effects are only going to improve between now and launch! 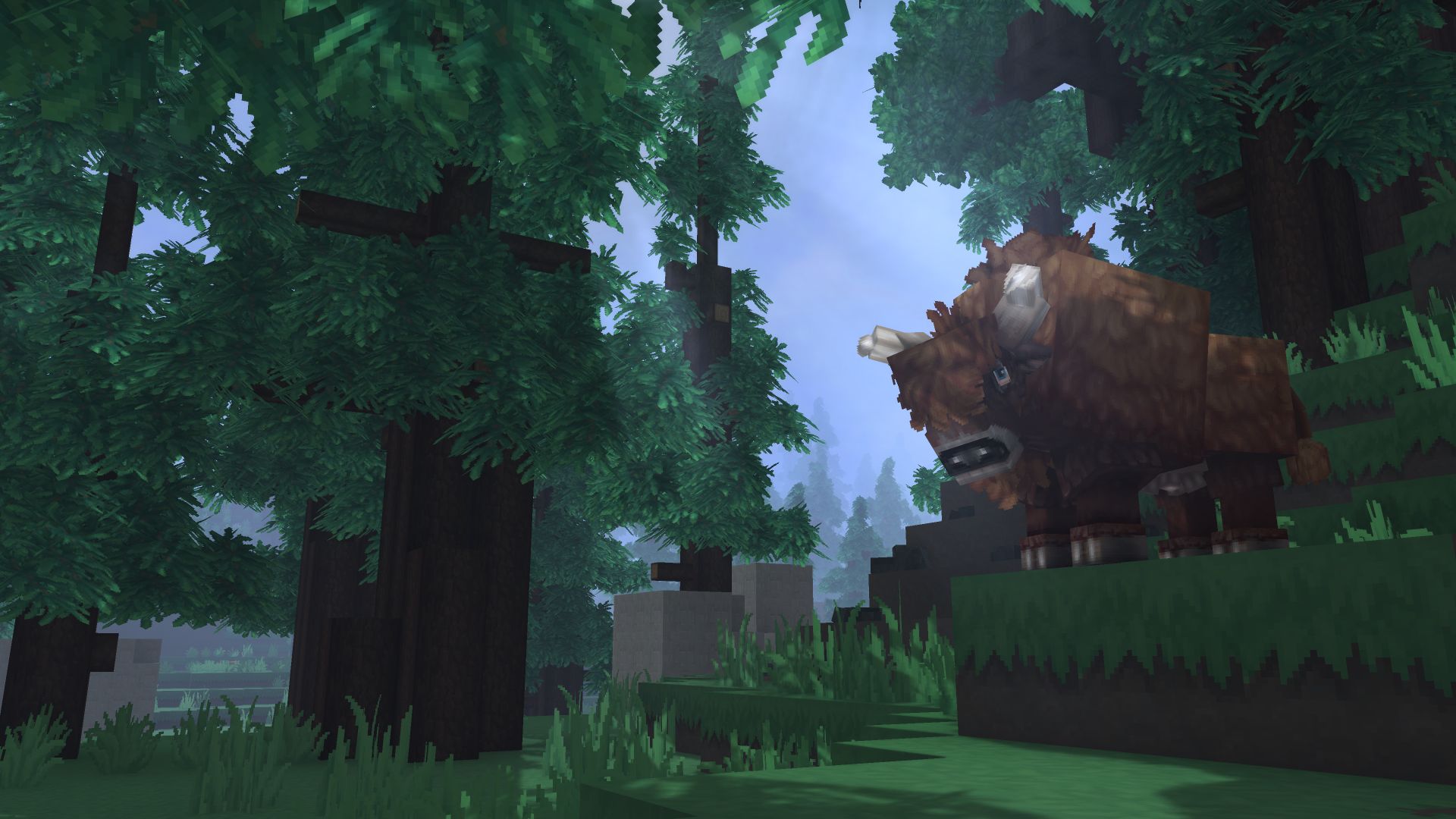 Bloom and sunshaft effects are another immersion-boosting addition that help bring Hytale’s environments to life. In the shot above, you can see both effects most clearly in the area around the bison’s horns.

The next shot demonstrates the dramatic effect created when sunlight breaks through into an underground environment - in this case, one with its own mysterious sources of light! Please note that sunshafts like these are currently not compatible with integrated graphics cards - but they’re an example of what can be achieved with more powerful hardware. 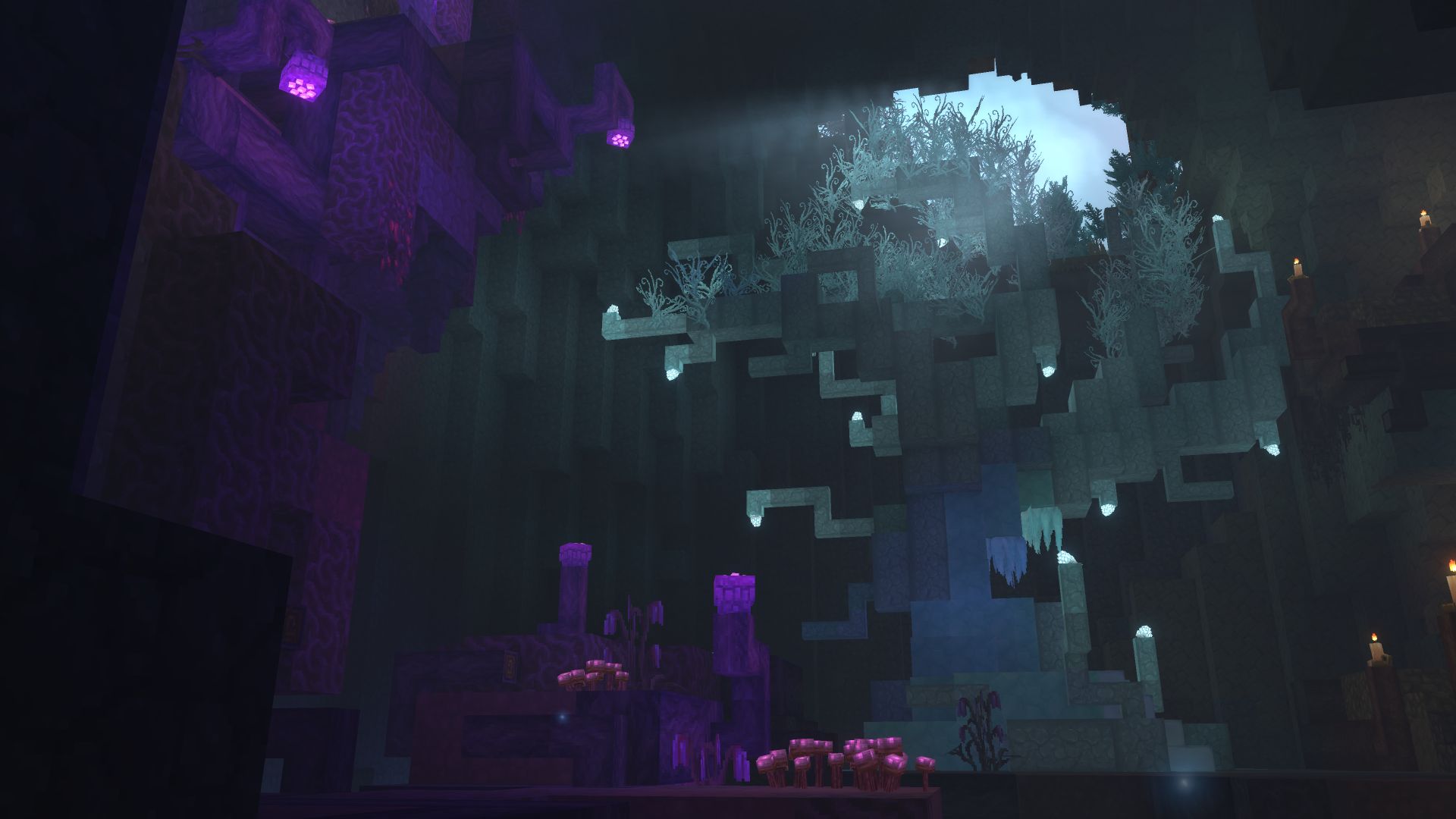 We haven’t stopped there. We’ve also continued to work on particle effects, revamped a huge number of textures, and improved screen space ambient occlusion to create a stronger sense of definition around objects. These changes are hard to demonstrate individually, so instead here’s a series of shots demonstrating the effect that these engine improvements have when taken all together.

First, a pair of adventurers go for a walk in zone 3: 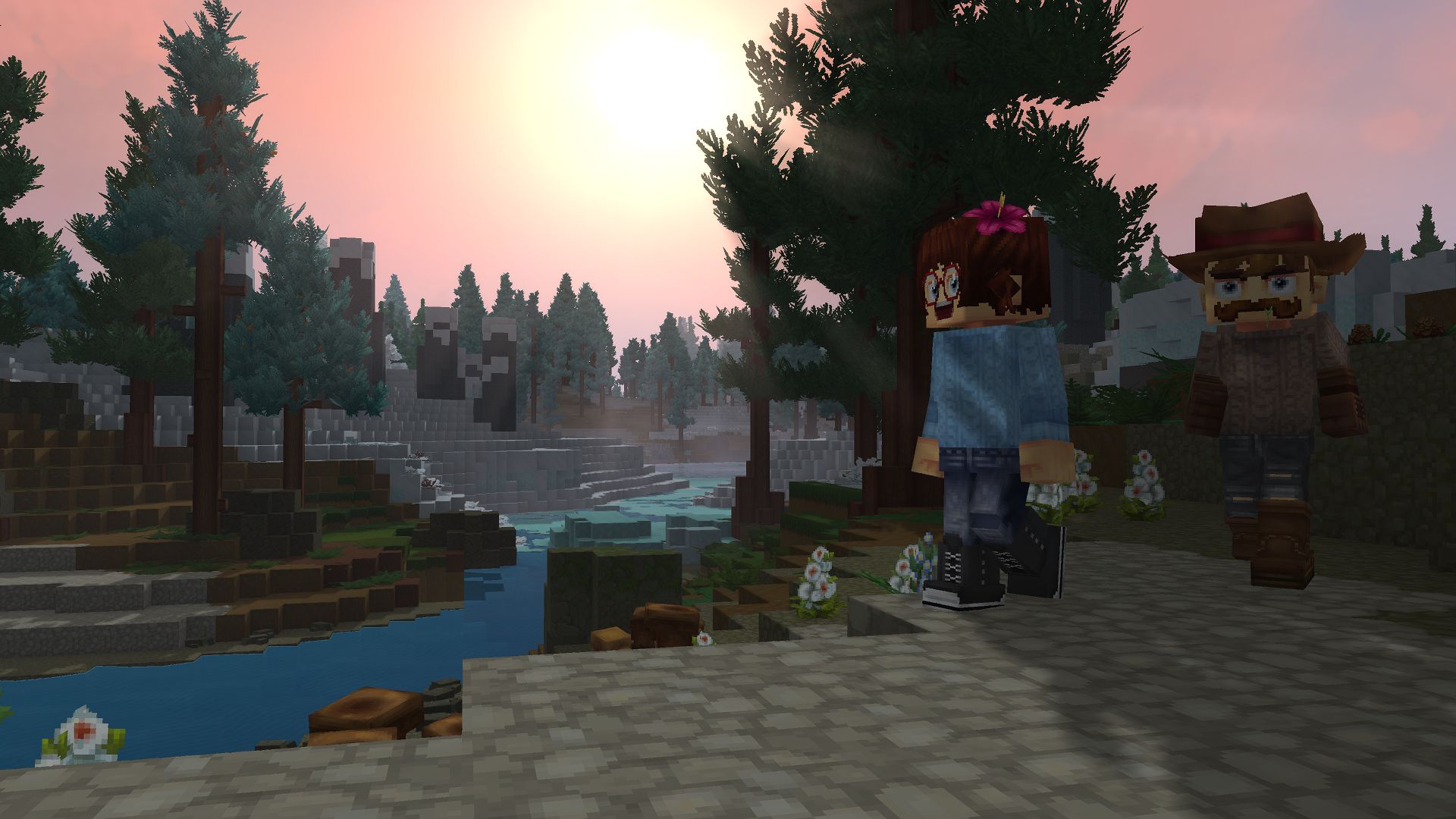 Here’s another example of how shadows dramatically change the feel of a wooded area: 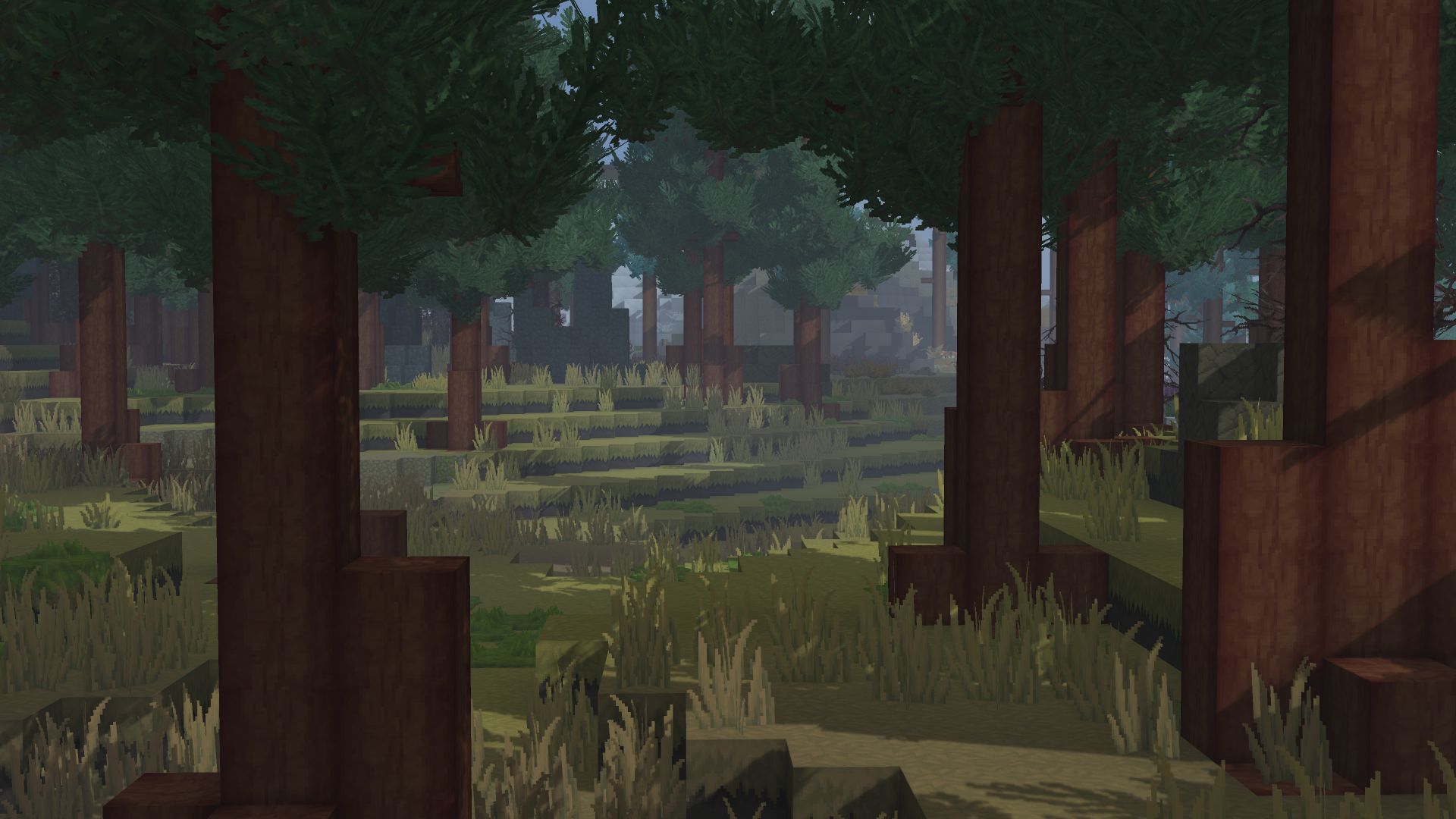 Finally, here’s an indoor area. Note the complex shadows created by the sun as it passes through the window. 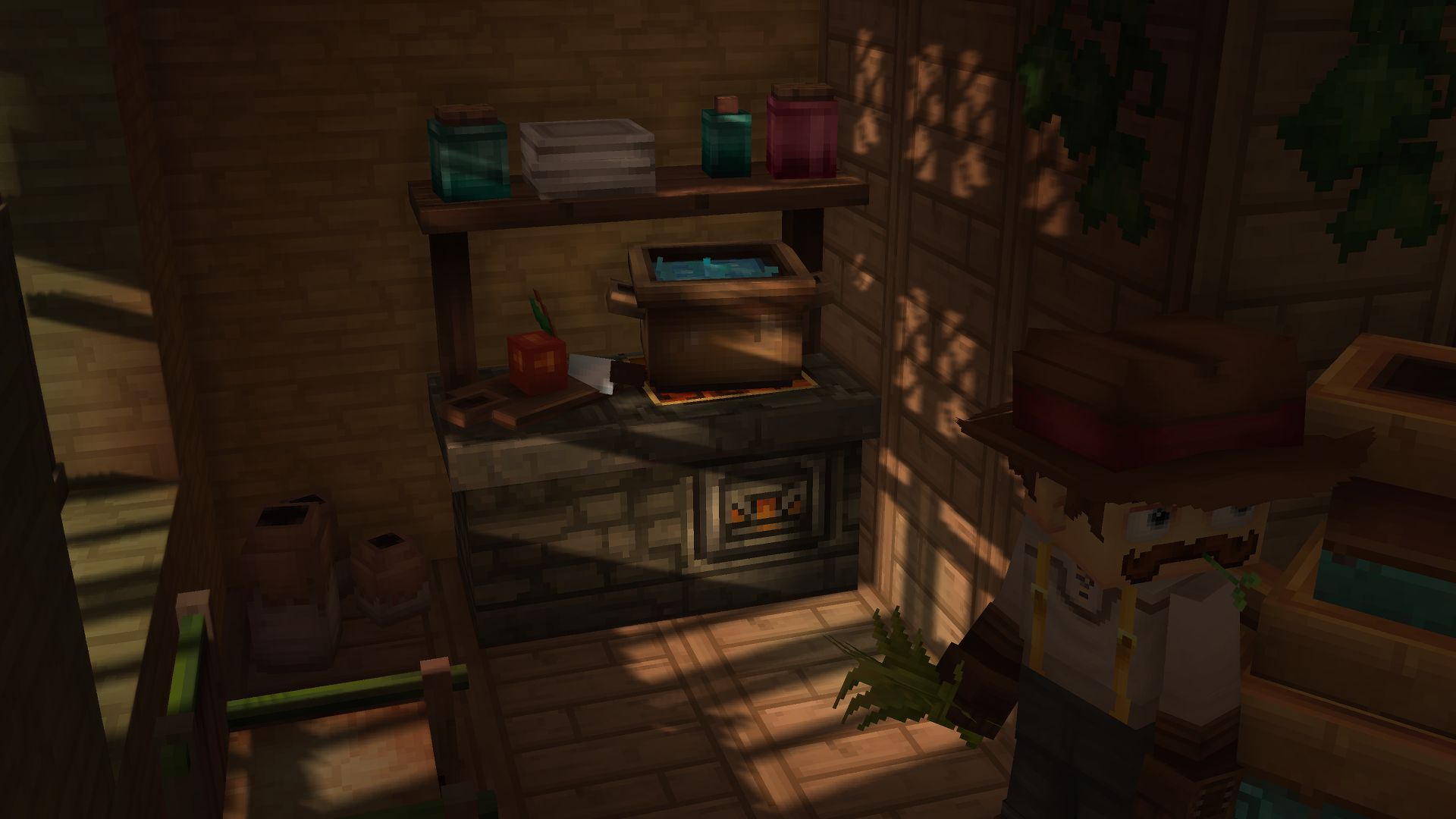 Screenshots and video demonstrations are helpful for focusing on specific effects, but we understand that the community wants to see how all of this comes together in the game itself. With that in mind, here’s a gameplay clip! Note: this one's got sound!

We expect this clip to be closely analyzed, but please bear in mind that everything you see is subject to change - including the combat system, which is in the process of being improved and expanded. Even so, we hope you’ve enjoyed this glimpse into the progress we’ve made with Hytale’s engine over the course of 2019!