Earlier in the year, we unveiled zone 3 - a place of boreal forests, treacherous mountain ranges, winding rivers and deep ice caves. We showed you some of the creatures that inhabit this region, from hardy mountain goats to bears, woodpeckers, and even a yeti. If you've not checked that blog post out yet, do so now - it provides a little bit of context to what we're revealing today.

In this post, we're going to reveal more than ever before about the primary threat that you'll face in zone 3 - the Outlanders. You got your first glimpse of this breakaway human faction in the Hytale announcement trailer, where a party of adventurers encountered a colossal masked warrior in a deep dungeon. Remember him? Well, you'll be seeing him again soon, and he's been working out.

But first you should meet his people. The Outlanders are a hostile faction whose camps can be found throughout zone 3. They are defensive and territorial and, as such, pose a threat to adventurers and settlers alike. How they came to be this way - and the true nature of some of the more sinister aspects of Outlander culture - are mysteries that you'll solve for yourself as you uncover the secrets of the forbidden wilderness that the Outlanders call home. 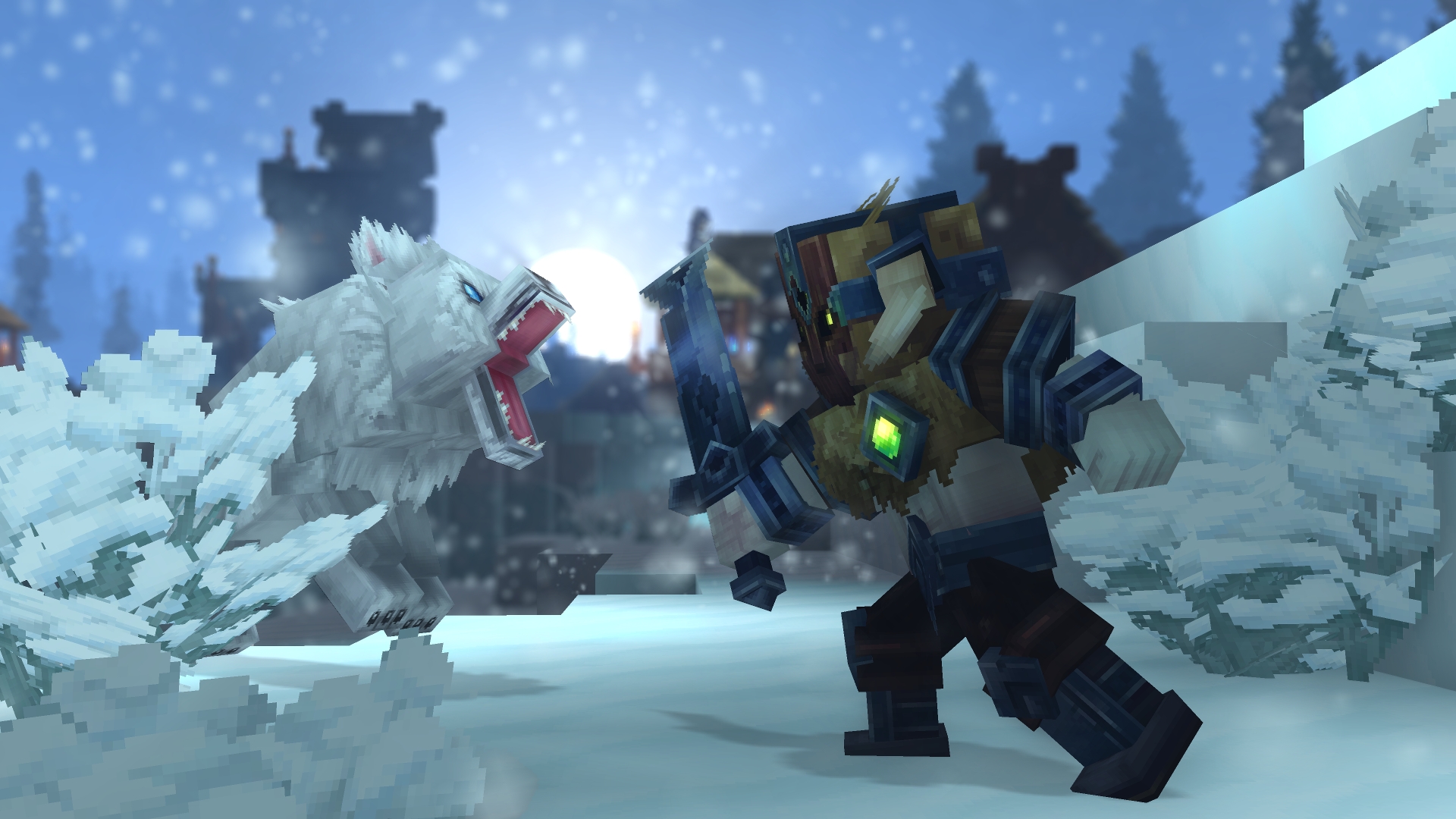 As inhabitants of the frozen wilds of zone 3, Outlanders must contend with inhospitable terrain and deadly creatures. The battle for survival is a conflict without end, and it has instilled a brutal pragmatism in the people who fight it. The Outlanders' ruthless, unfeeling outlook is reflected in the wooden masks that they wear at all times. 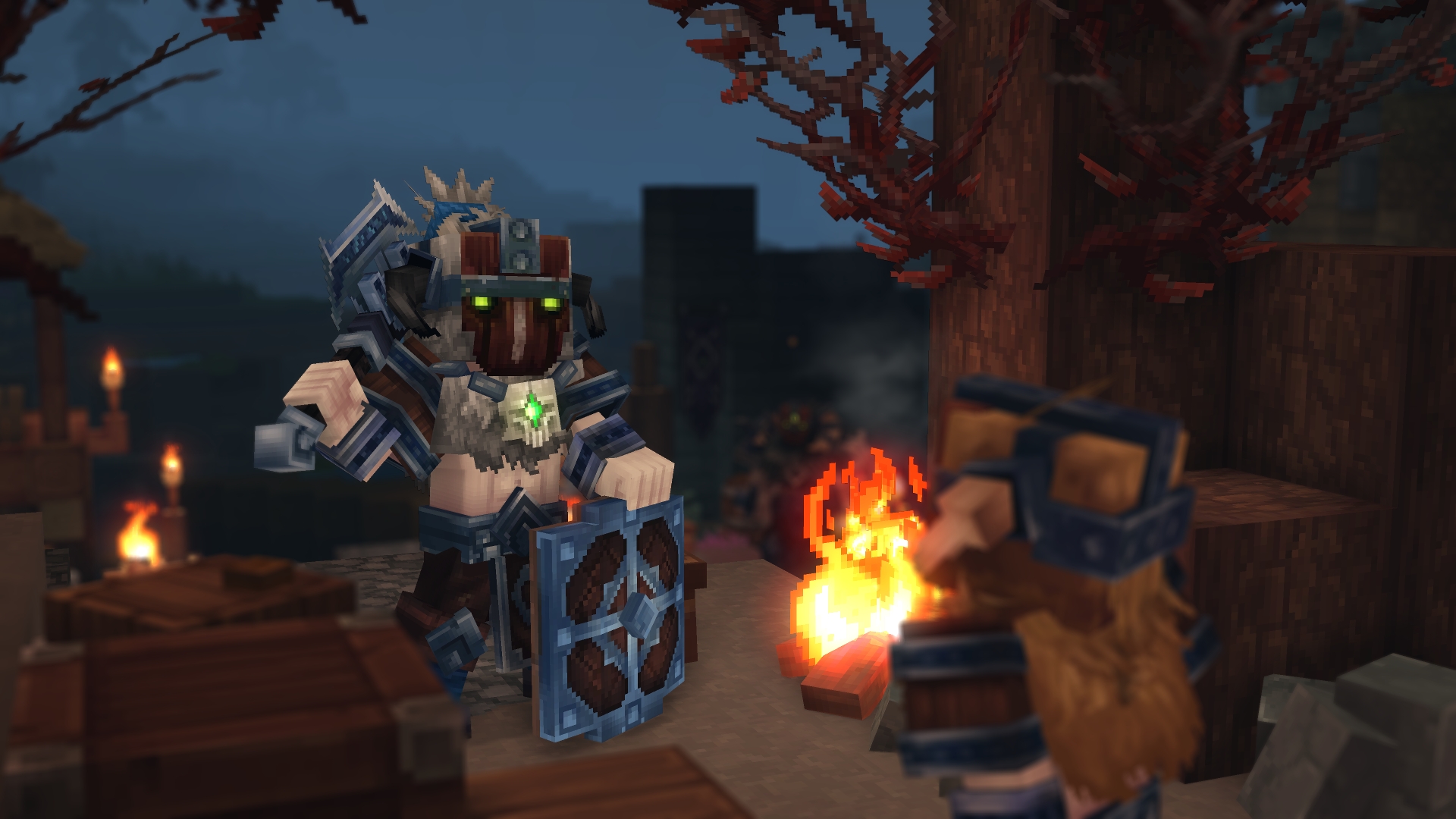 The Outlander way of life is isolationist by nature, and the leaders of the Outlander clans can often be found manning the walls and watchtowers of their scattered settlements. Campfires and communal areas provide rare moments of warmth and comfort in the wilderness, but Outlanders never welcome strangers into their midst.

Outlander rangers roam further afield than most of their kind, venturing into the wilderness to hunt or to keep watch at the boundaries of Outlander territory. Expert ambushers, their bows make them dangerous at range to anyone that they perceive as a threat - and that's most people!

And these bison, apparently. 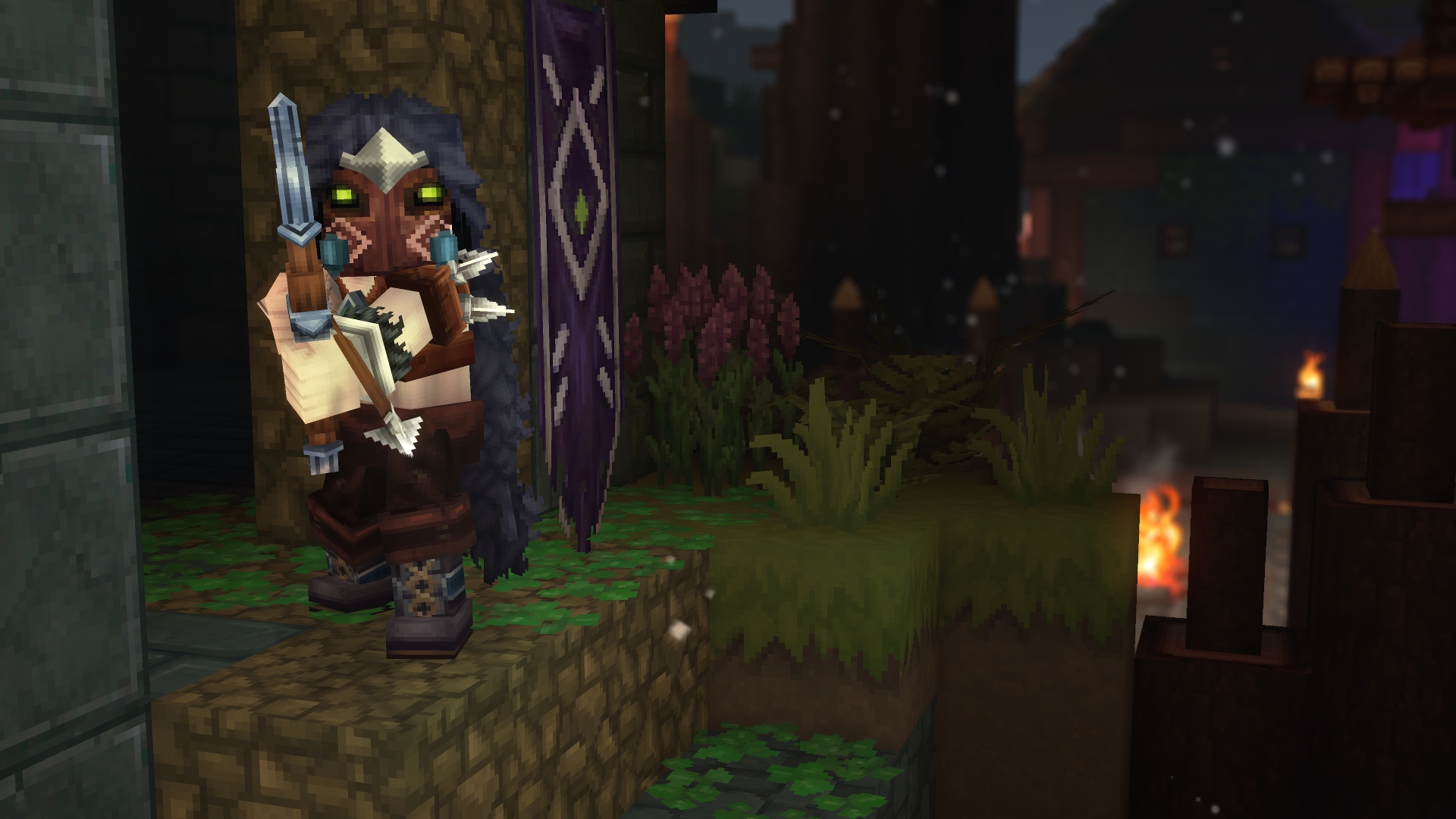 Outlanders venture beyond their camps to do more than just patrol or hunt. They're intimately connected to the history of zone 3, and their expeditions frequently take them to places of interest, including ancient battlefields and ritual sites. As such, you may well run into them while conducting excursions of your own. 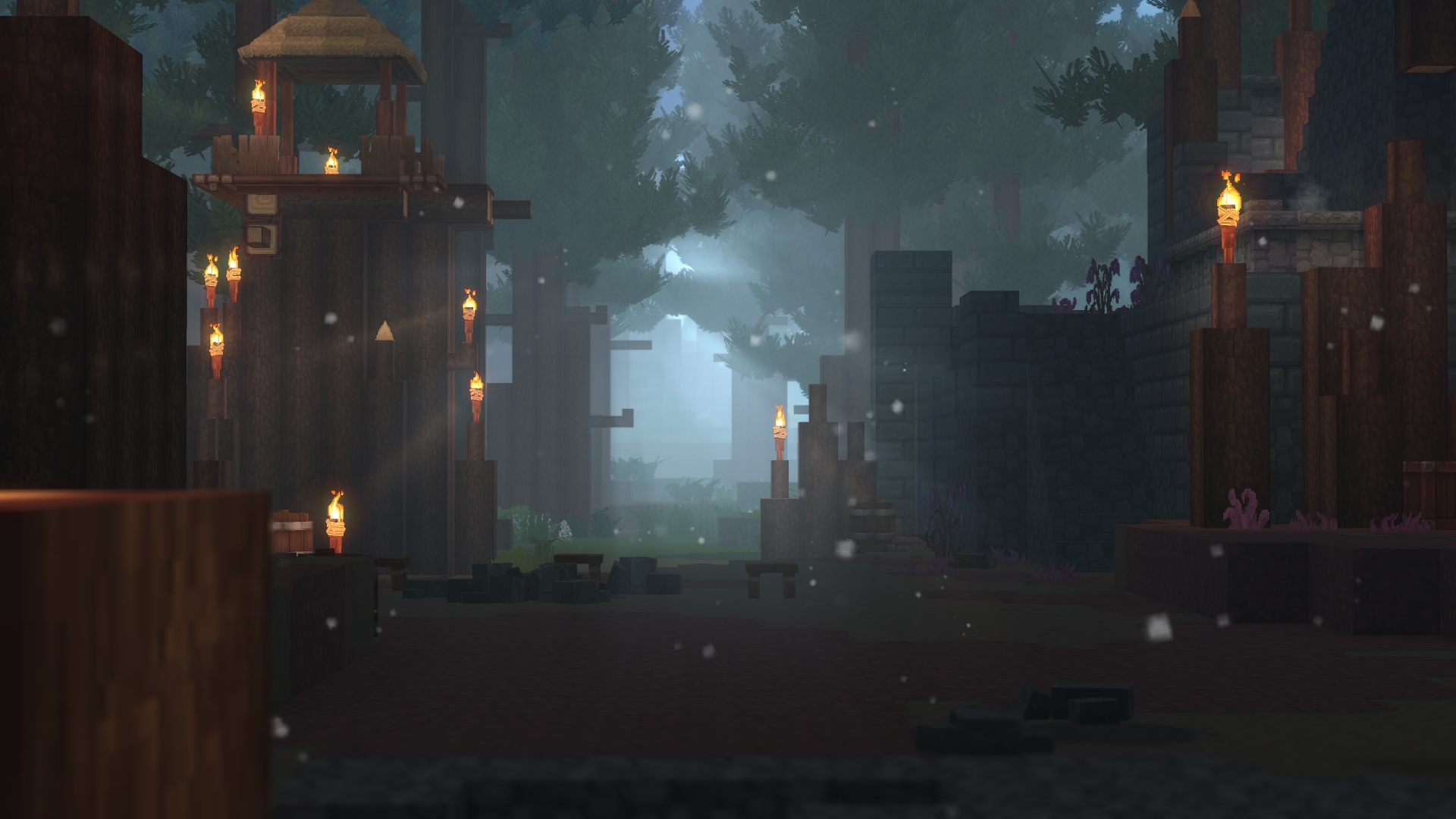 We don't want to say too much about Outlander history or their beliefs - these are things that we hope players will discover for themselves. Suffice to say that they have always seen the world differently to other elements of human civilization, and this difference - combined with their particular connection to zone 3 - has led them to explore darker forms of magic than you may encounter elsewhere. 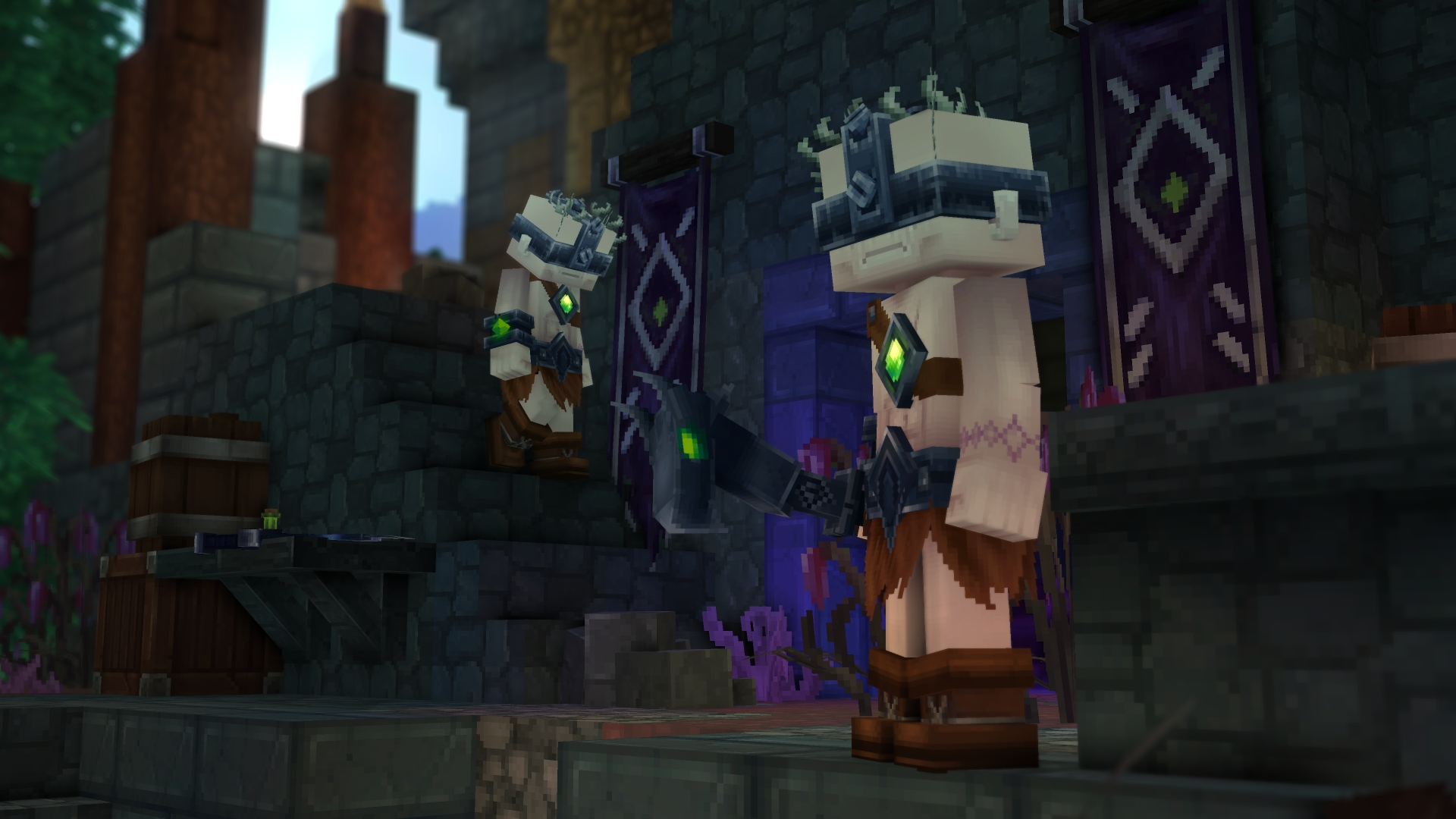 The evidence of these beliefs can be found deep in Outlander camps, where those who commit themselves fully to the esoteric path adorn their dwellings - and their bodies - with sacred symbols. At night, the campfires of these Outlanders burn green as they perform mysterious rituals.

Outlander rites occur in well-defended encampments and hidden places. It is said that they have achieved a measure of mastery over death itself, drawing this power from the mystical waters of the wilderness. Whatever the truth, magical power is wielded chiefly by Outlander priests. 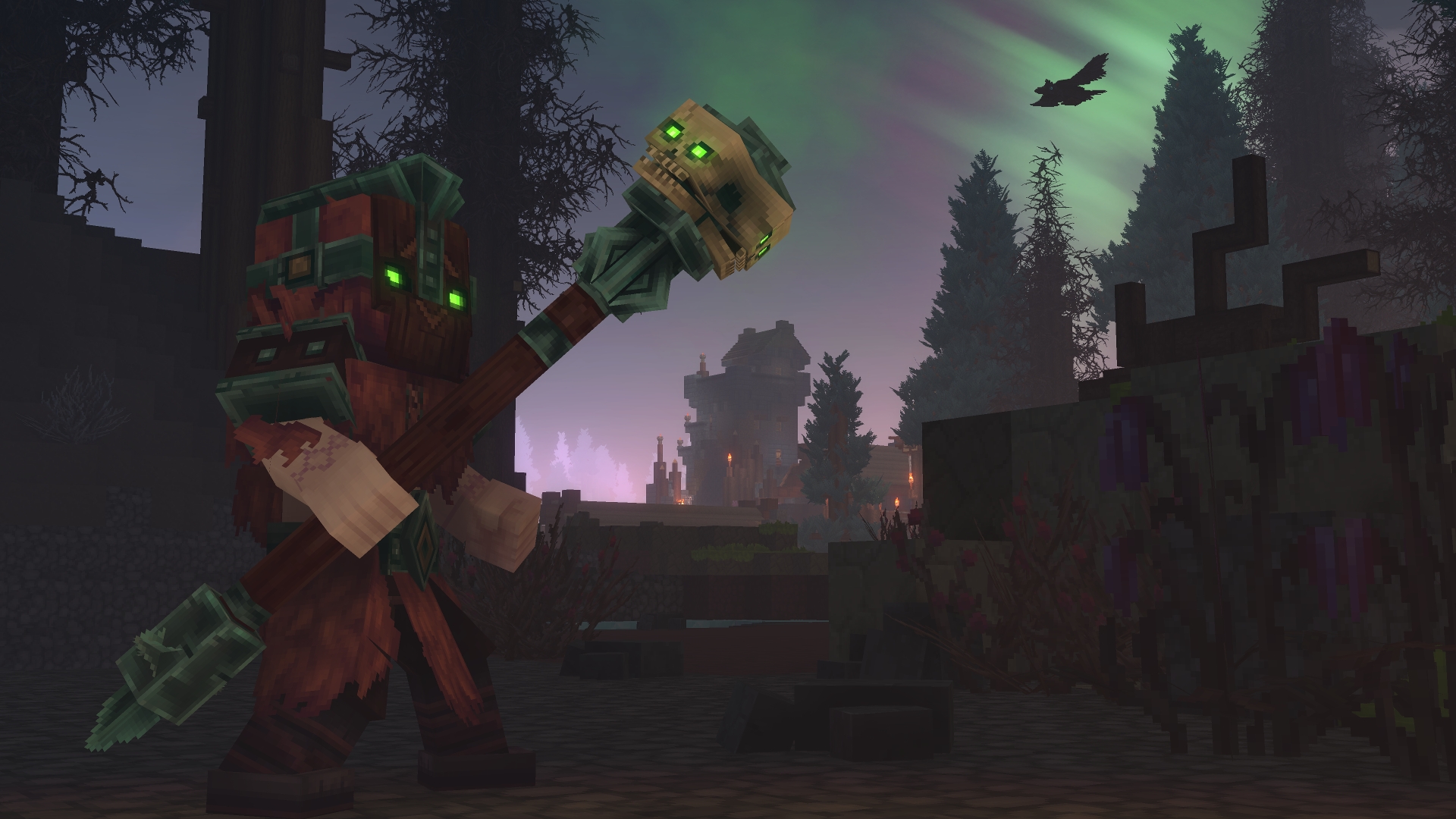 Priests bring water magic to bear in defense of their people and act as the leaders of Outlander civilization as a whole. Their connection to ancient magic makes them uniquely important figures, and formidable foes.

Not the most formidable, mind. That honor belongs to someone that you've already met - and he's keen to reintroduce himself.

Told you he'd been working out. 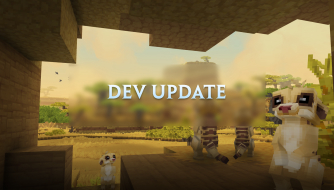 ©2020 HYPIXEL STUDIOS LTD. ALL RIGHTS RESERVED.
All trademarks referenced herein are the properties of their respective owners.