As part of this update, we've tinkered with the design of the community section and added a whole draft of amazing new fan art pieces. The skill and creativity of the Hytale community is a continual source of excitement and motivation for us as we work on the game - thank you, once again, to everyone who has chosen to turn their hand to creating something inspired by Hytale!

In this post, you'll find more information on all of the pieces we're featuring in this latest showcase. Be sure to click through to individual artists' channels to show them your appreciation!

Mykey has been creating amazing Hytale models and dioramas since the announcement back in December - we even featured some of their work in the first showcase! Even so, we weren't ready for this amazing recreation of the farm section from the beginning of the Hytale trailer.

Using a mixture of puppetry, stop-motion animation and digital effects, Mykey has done a great job of recreating those opening moments. They've even recreated the in-game cinema to show you - and an assembled crowd of Hytale characters - how it was done. 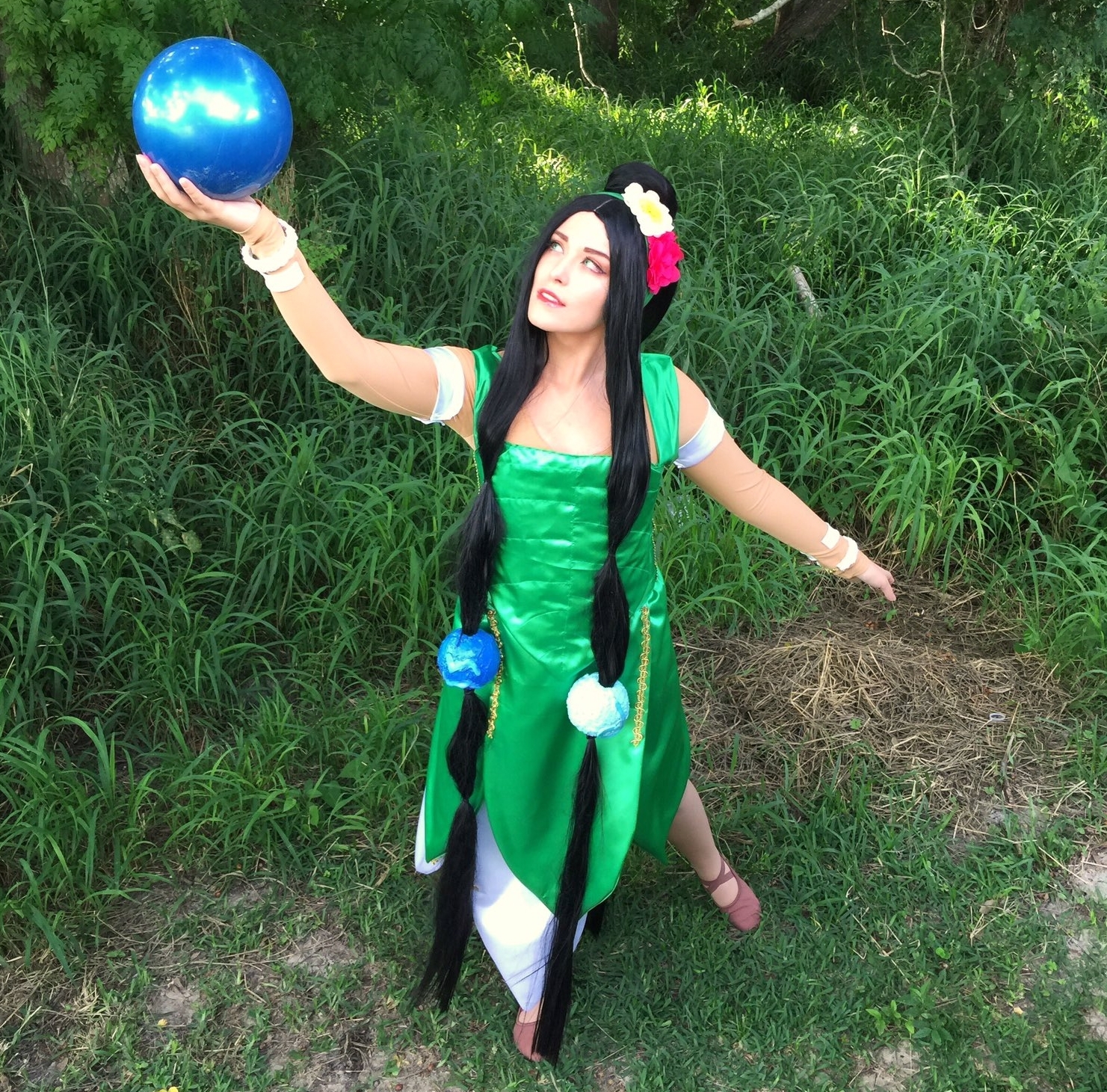 Mykey's cousin Nana has the honor of being the first person - that we know of - to create a Hytale cosplay! It was really exciting for us to see Gaia brought to life like this, and we can't wait to see what other kinds of cosplay Hytale might eventually inspire.

Professional wood carver DeoDravent created this stunning rendition of the Hytale logo. We're particularly impressed by the amount of detail on display, especially in the Hytale 'H' - can you make out Gaia and Varyn?

For more information on DeoDravent's woodcarving activities, visit their website. 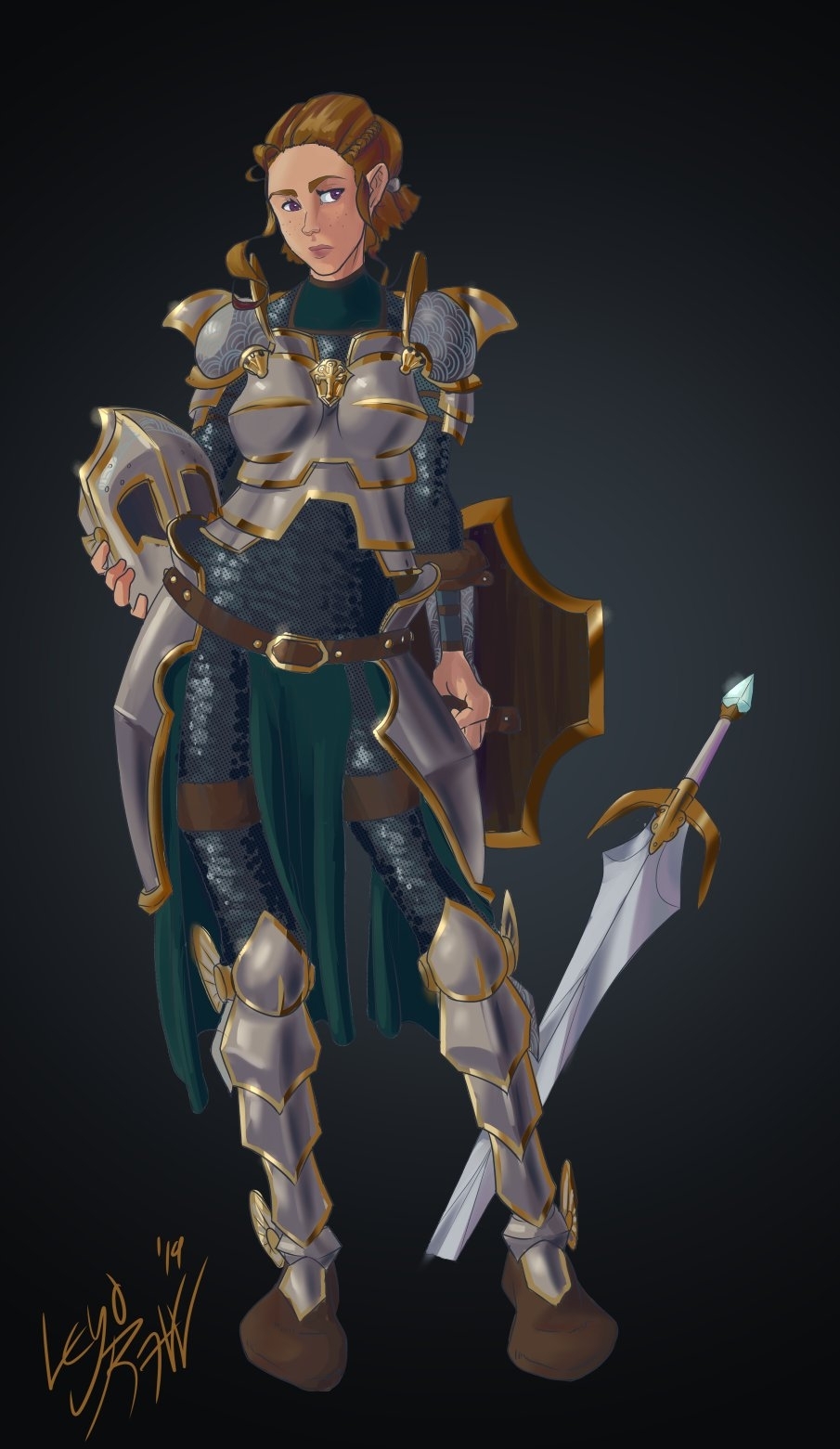 Speaking of Hytale characters being brought to life - we really like this take on Tessa by Leyo.Raw, which portrays one of Orbis' heroes in a more reflective pose than we've seen before. 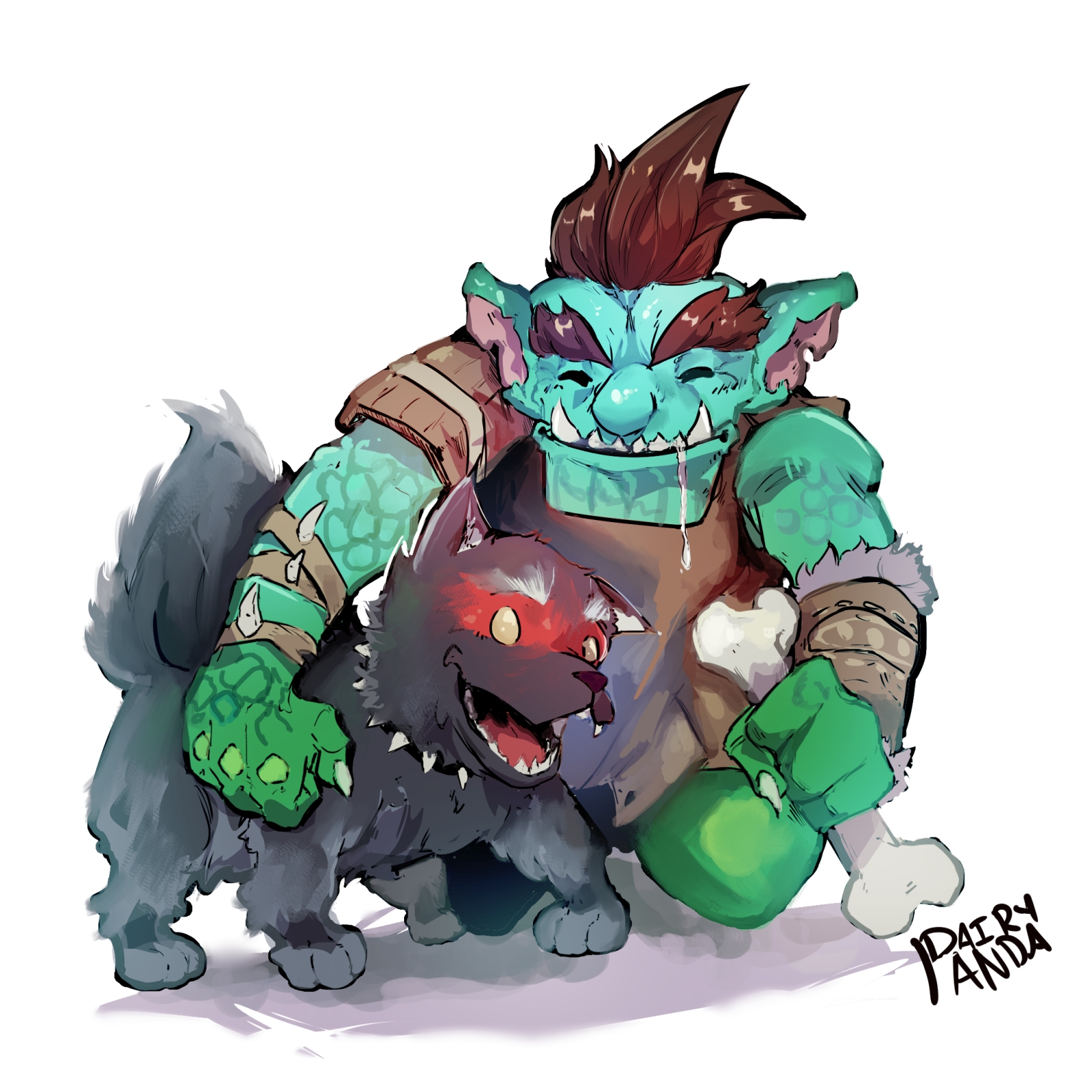 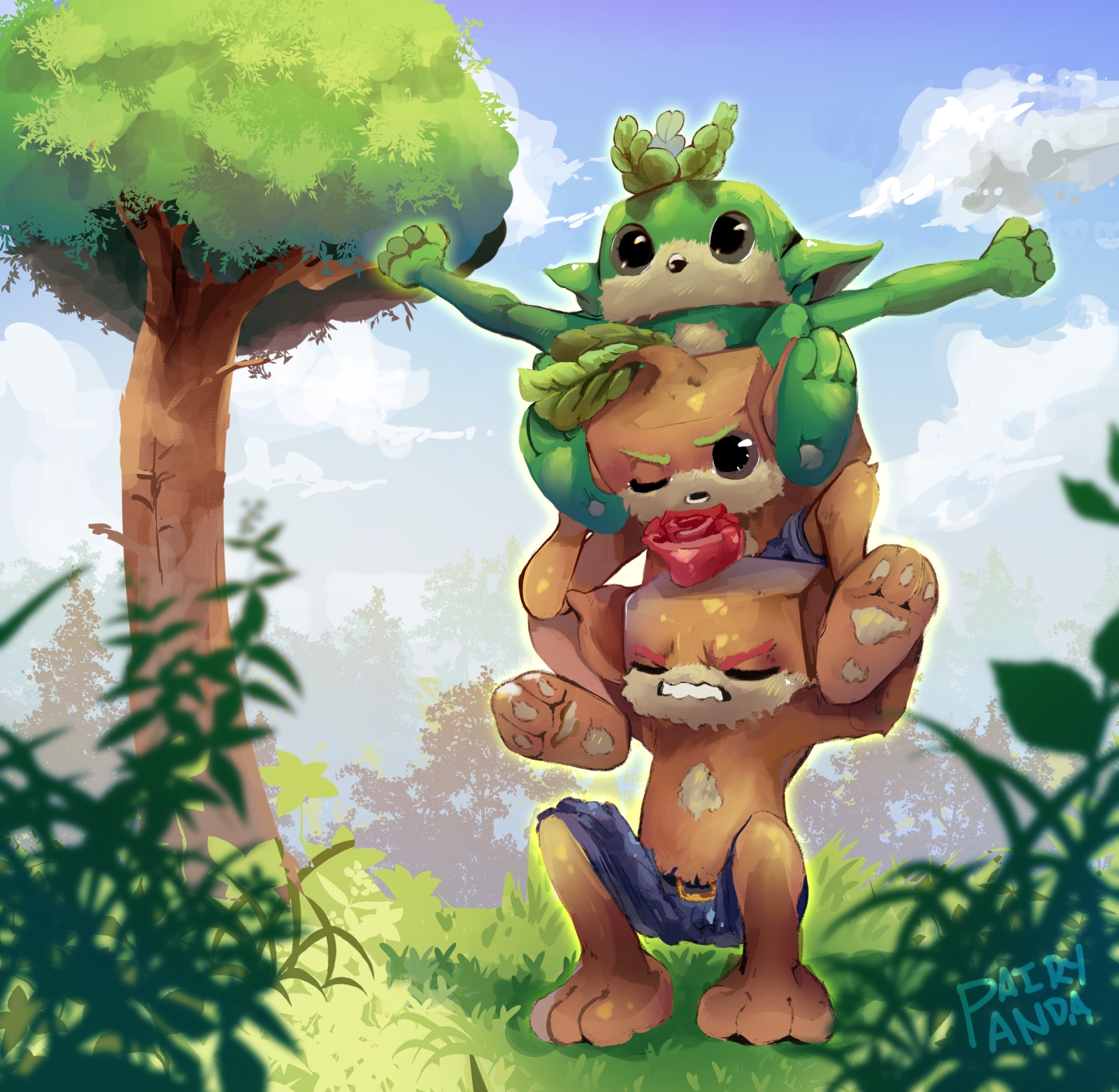 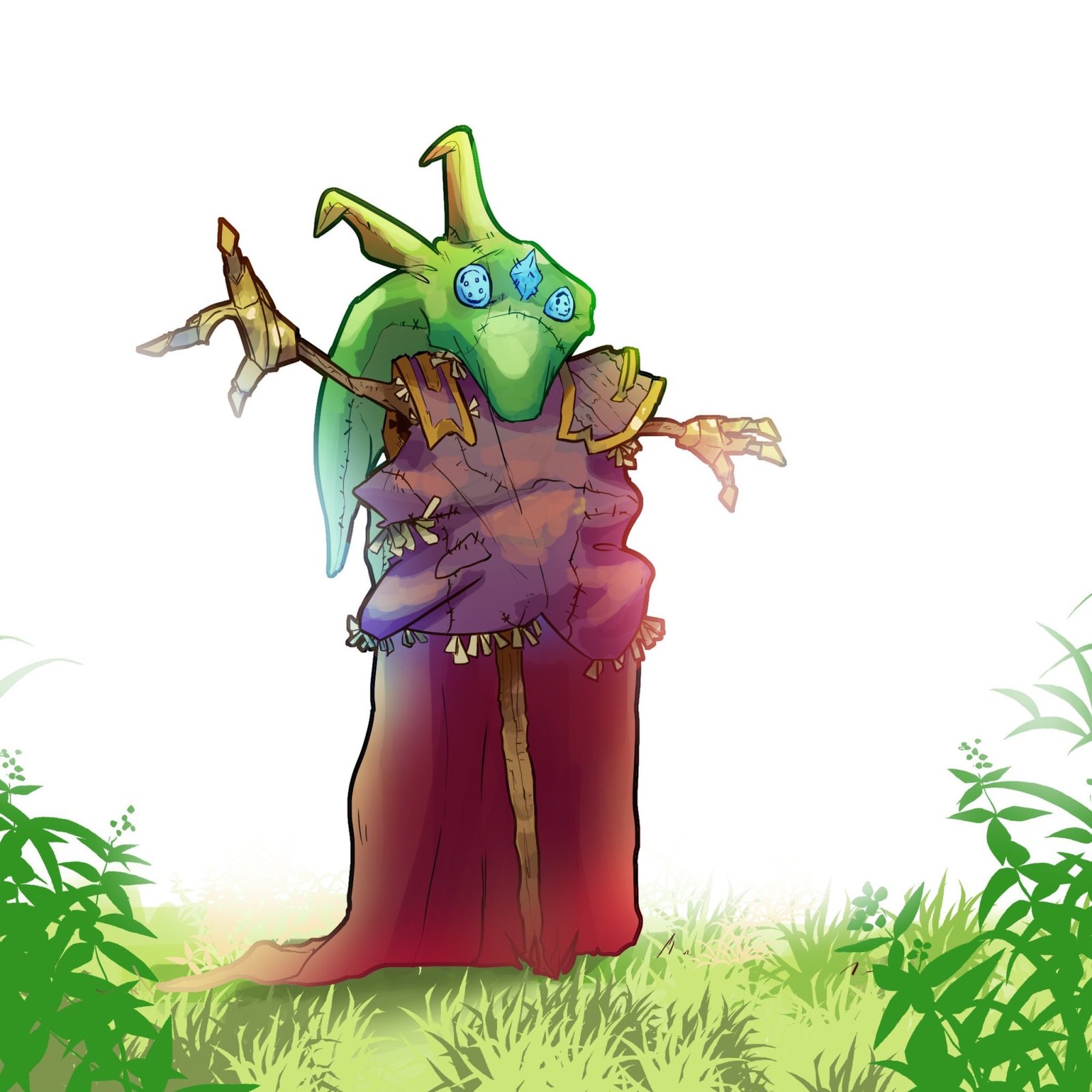 We couldn't pick between these great pieces by DairyPanda, so we're featuring all of them! We really admire how DairyPanda has captured the feel of Hytale in their own style, and even shown us a friendlier side to zone 1's menacing Trorks.

Sea Monster and Explorer by Omnia 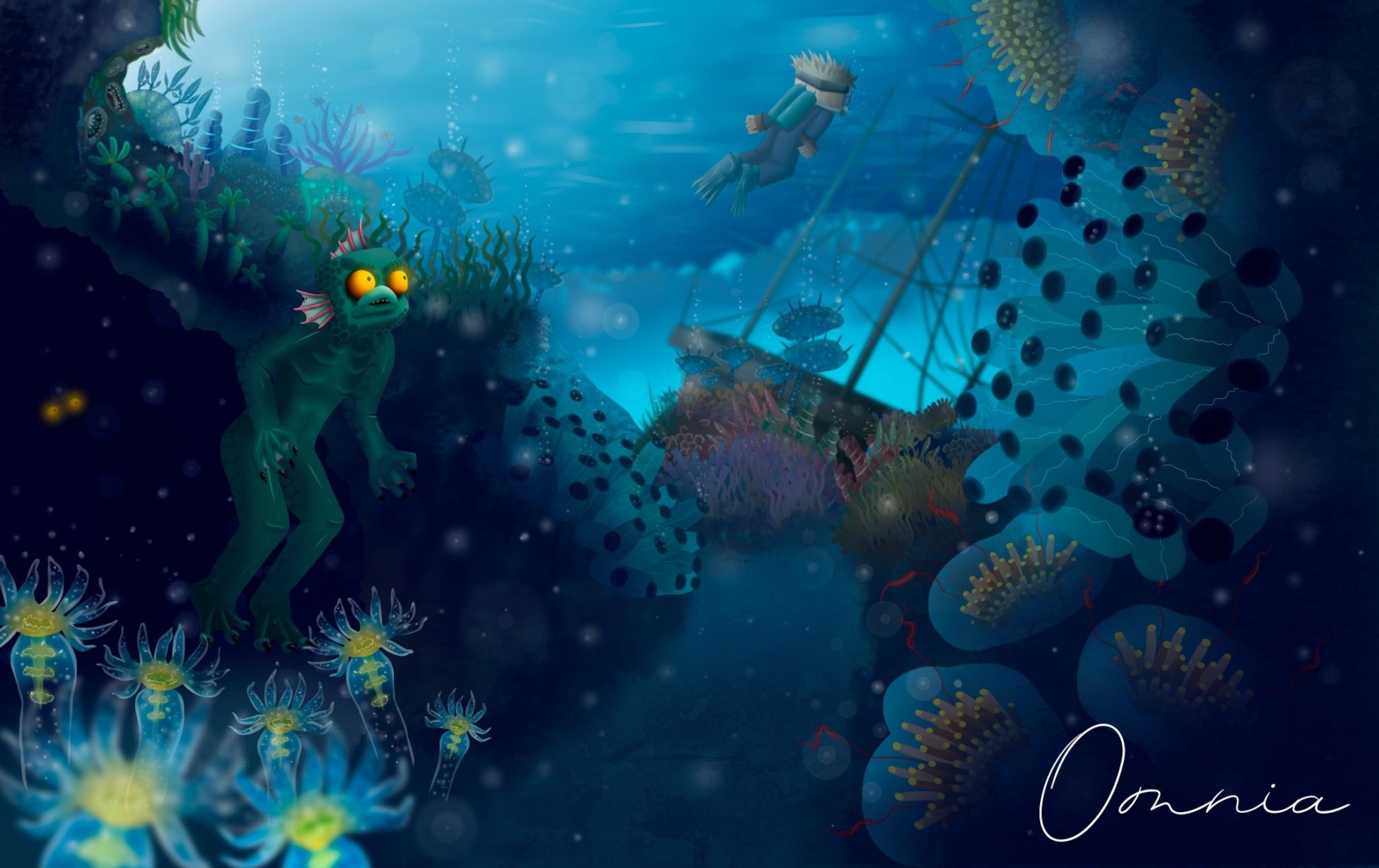 Hytale's underwater zones inspired this atmospheric piece by Omnia. We're looking to capture this same sense of depth and mystery in the game itself, offering greater surprises and dangers the deeper you go.

"All the artworks on Twitter are my first. I just bought a tablet and started drawing, before that I painted only in childhood. In this fan art I wanted to convey the interest in adventure, and the danger, the beauty of the underwater world. I hope very much that in Hytale it will also be interesting to explore the sea! By the way, I dream to see the underwater world in reality, but I still do not know how to swim!"

Staff, Shield and Joint of Meat Models by ArtisanBot 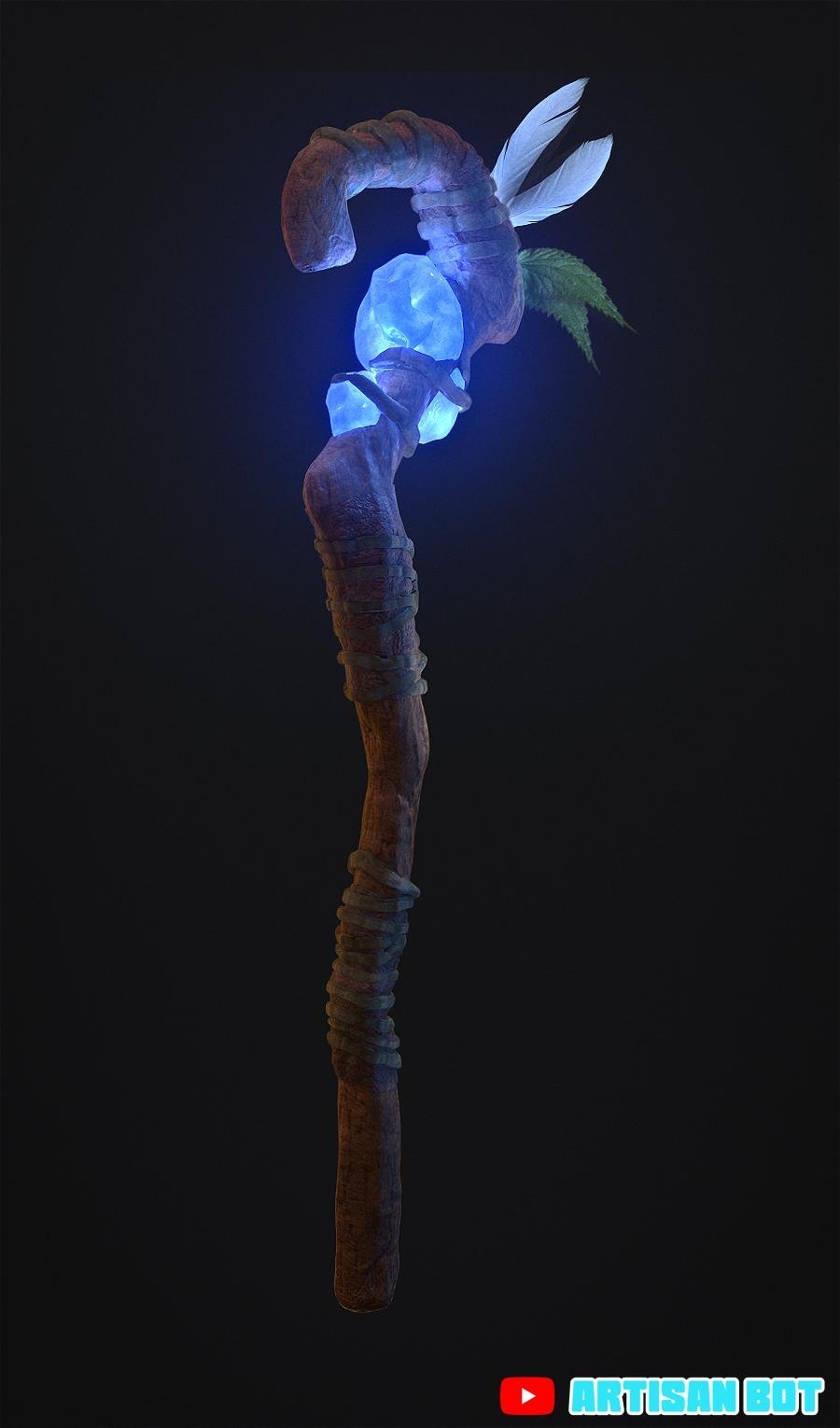 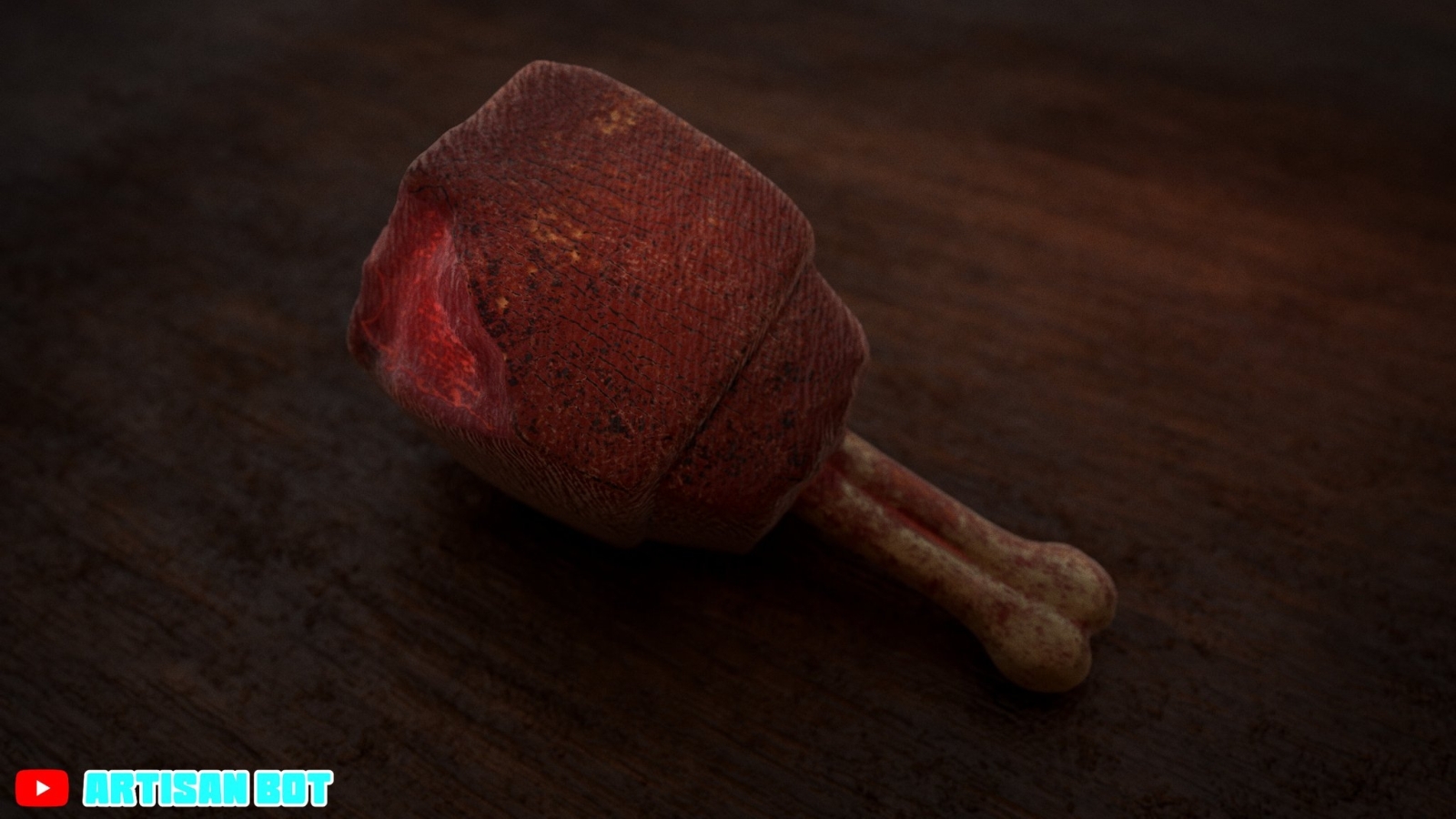 This trio of images shows realistic 3D models by ArtisanBot, each inspired by and item or prop from Hytale. While we design all of Hytale's characters and items with blocks and planes in mind, it's great to see what's possible when these designs are adapted in a different style.

"I really like Hytale’s artwork and I thought it would be interesting to re-imagine what it would look like in more of a photorealistic style so, for my first art submission, I wanted to start off with something simple and remembered seeing the shield design and thought it would be perfect. After I created the shield, I almost instantly started on the staff as I really liked the design - I thought the accessories and crystals would make for a really nice model. For my third art submission, I wanted to create something a little different so I began browsing through Hytale's artwork and I saw a joint of meat. I could see it would be an interesting and fun challenge so decided to recreate it." 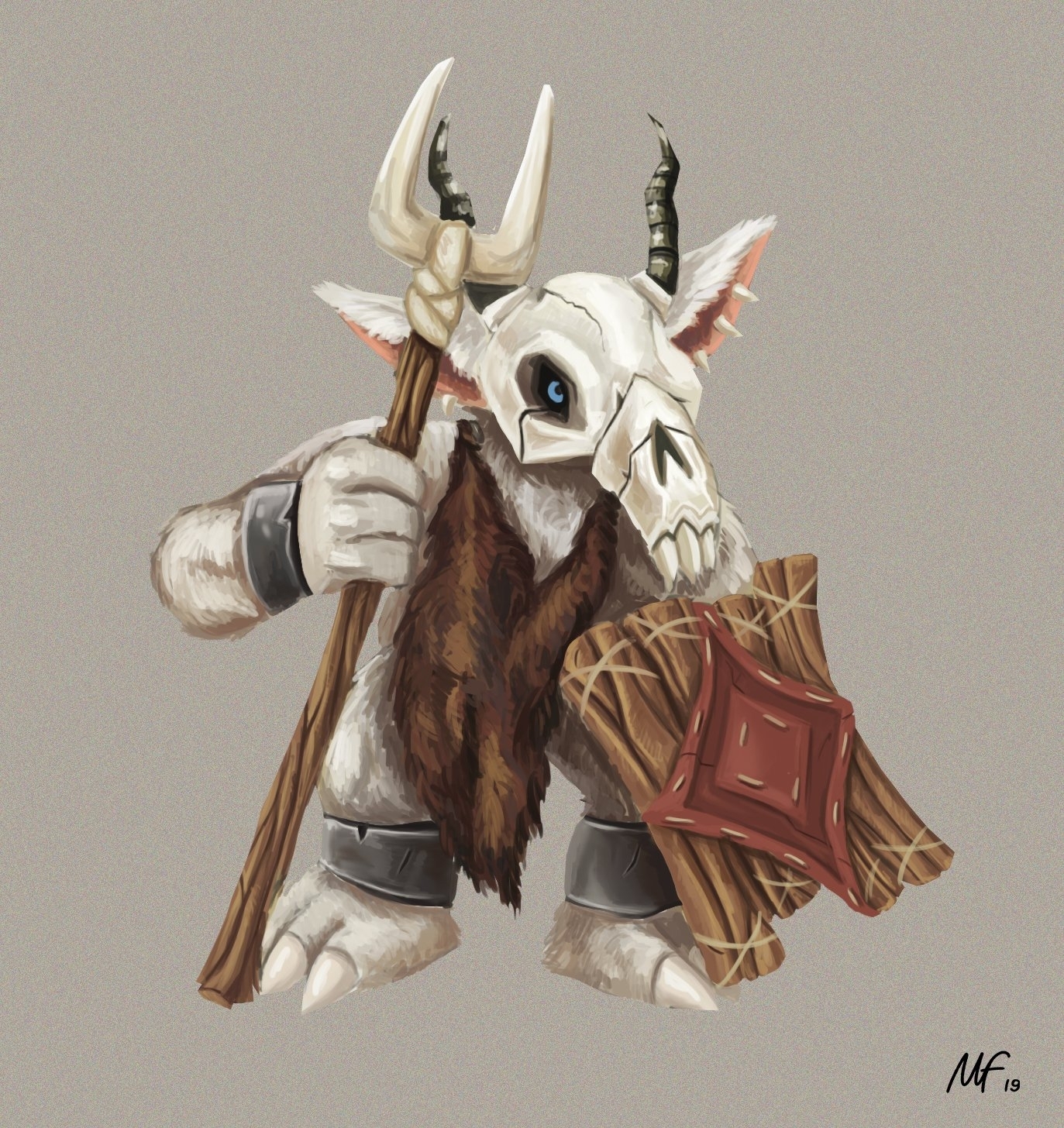 We're big fans of this detailed piece by MintFritter, which delivers a take on one of the earliest pieces of Feran concept art in the artist's own style.

"Your game looks just like that type of game that I've been dreaming about since my childhood. Inspiration hit me up so hard when I saw the trailer for this game. I'm really excited about it and I'm happy to be a small part of it!"

Heroes of Hytale by LlamaFreak 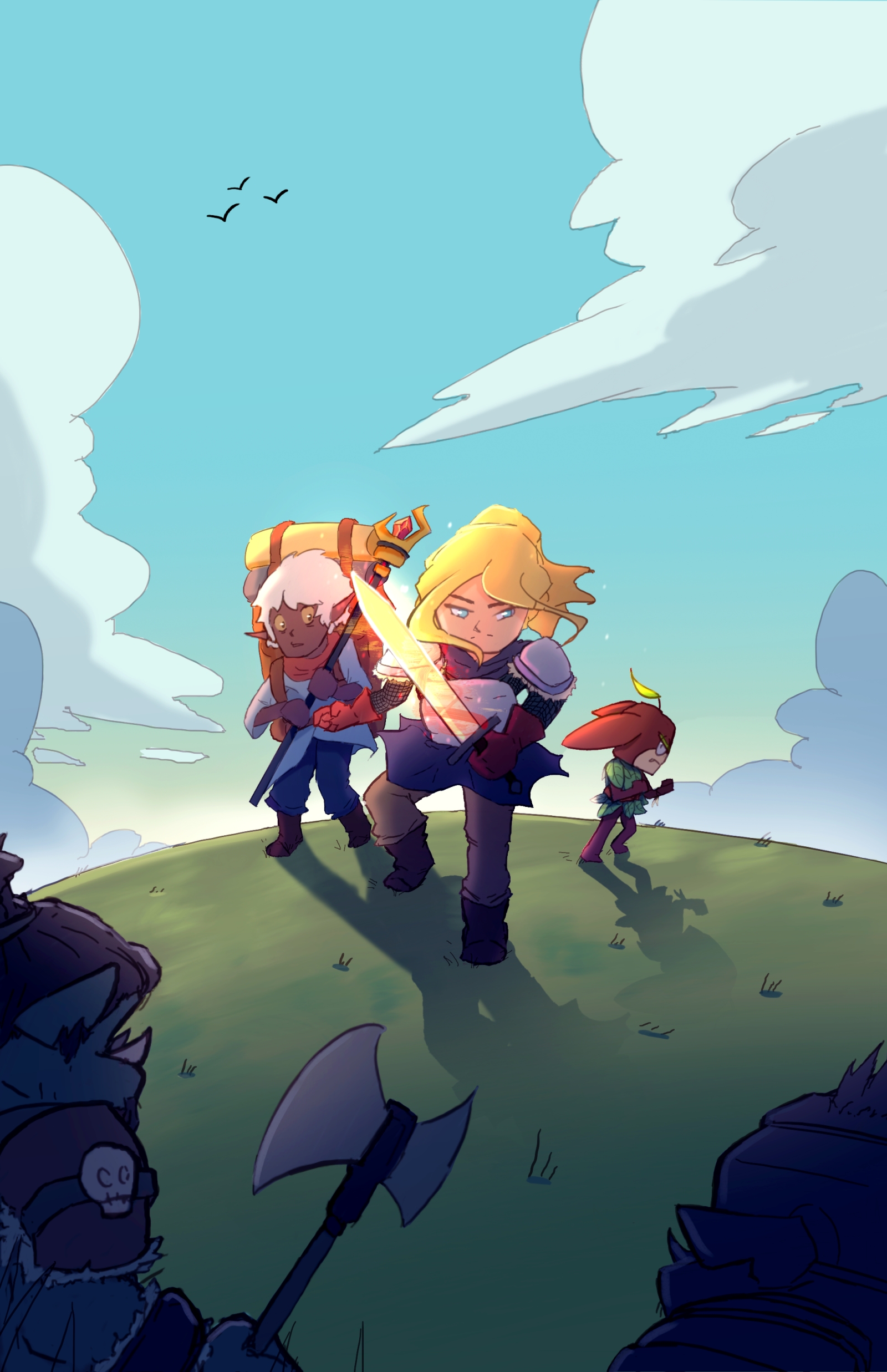 Llamafreak created this piece as a follow-up to the poster that we featured last time. We really like the sense of adventure and the contrast between bright, open skies and darker dangers lurking beneath. Kudos to Llamafreak for also giving us what might be Hytale's angriest Kweebec!

You can watch the creation of this piece here, and find more of Llamafreak's work on their YouTube channel.

"I wanted to make a piece that delved deeper into the character I created for Adventure Mode. I started thinking about this character's dungeon party and how this tough, warrior girl might be balanced out by a scared wizard who doesn't have experience in battles. Maybe this party also has something special about them, like an exiled Kweebec who is always raring to get into trouble! This piece depicts one of the trio's first encounters with Trorks, who weren't exactly keen on a Kweebec beating them up!" 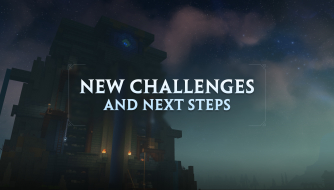 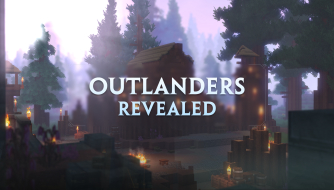