Hello everyone! In this blog post, we're going to give you an update on some exciting developments at Hypixel Studios. We've also got a fresh batch of screenshots to share taken across the breadth of Orbis, featuring some never-before-seen environments and creatures! 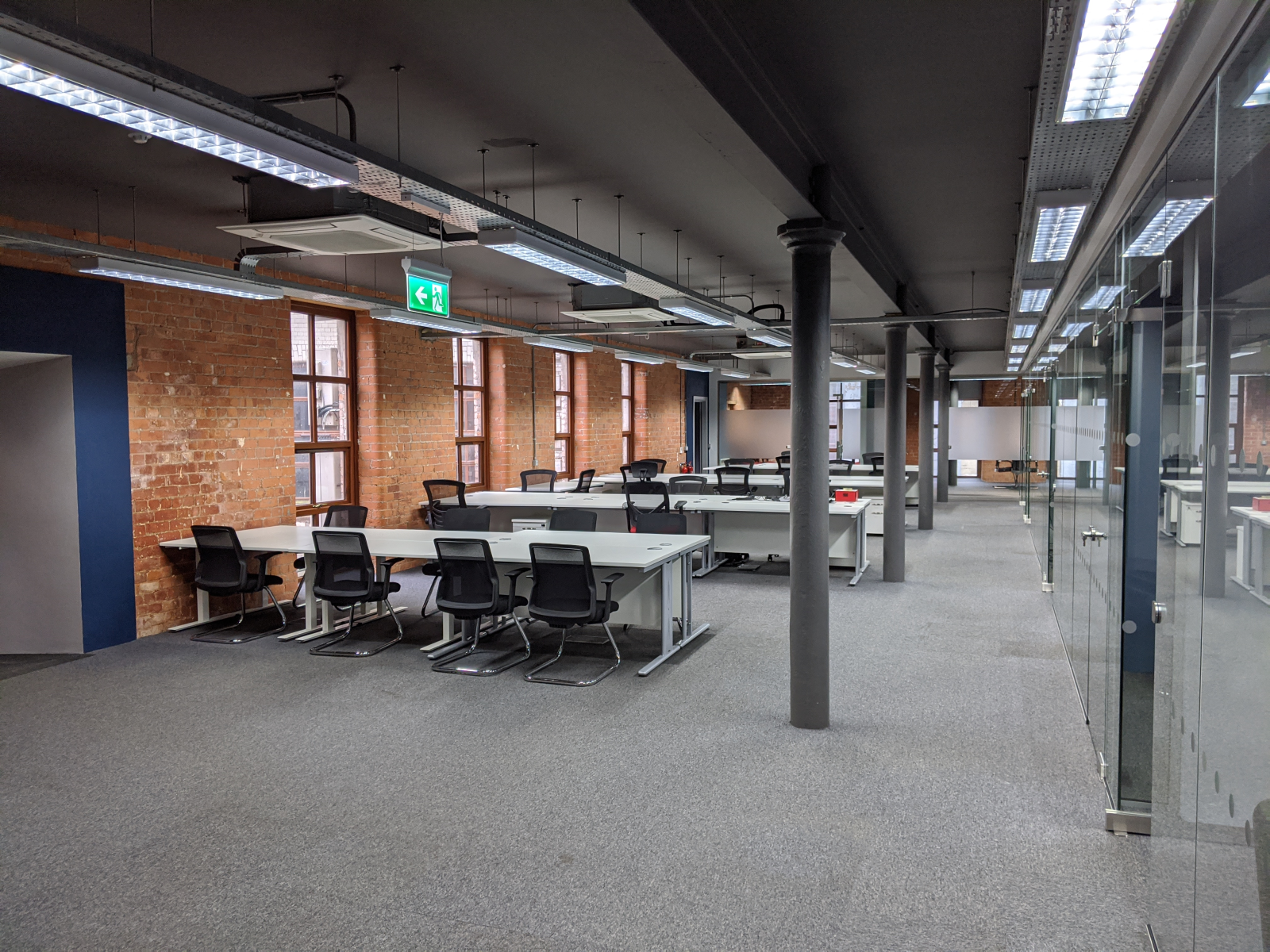 Last month we hit a major milestone in our growth as game developers when we received the keys to our first physical office in Derry~Londonderry, Northern Ireland. While the development of Hytale continues to take place remotely, the office will provide a base for support functions like quality assurance and business administration.

“Hypixel Studios is a remote company, but we still benefit from being able to get together from time to time” Noxy says. “We’ve also found that not every role is well-suited for remote working - particularly support and admin roles that work better when they’re based in a physical office.”

The majority of the Hypixel Studios team continues to contribute remotely from all around the world, but the new office represents our first central HQ - a base of operations that will continue to grow in order to support Hytale and its community for years to come. 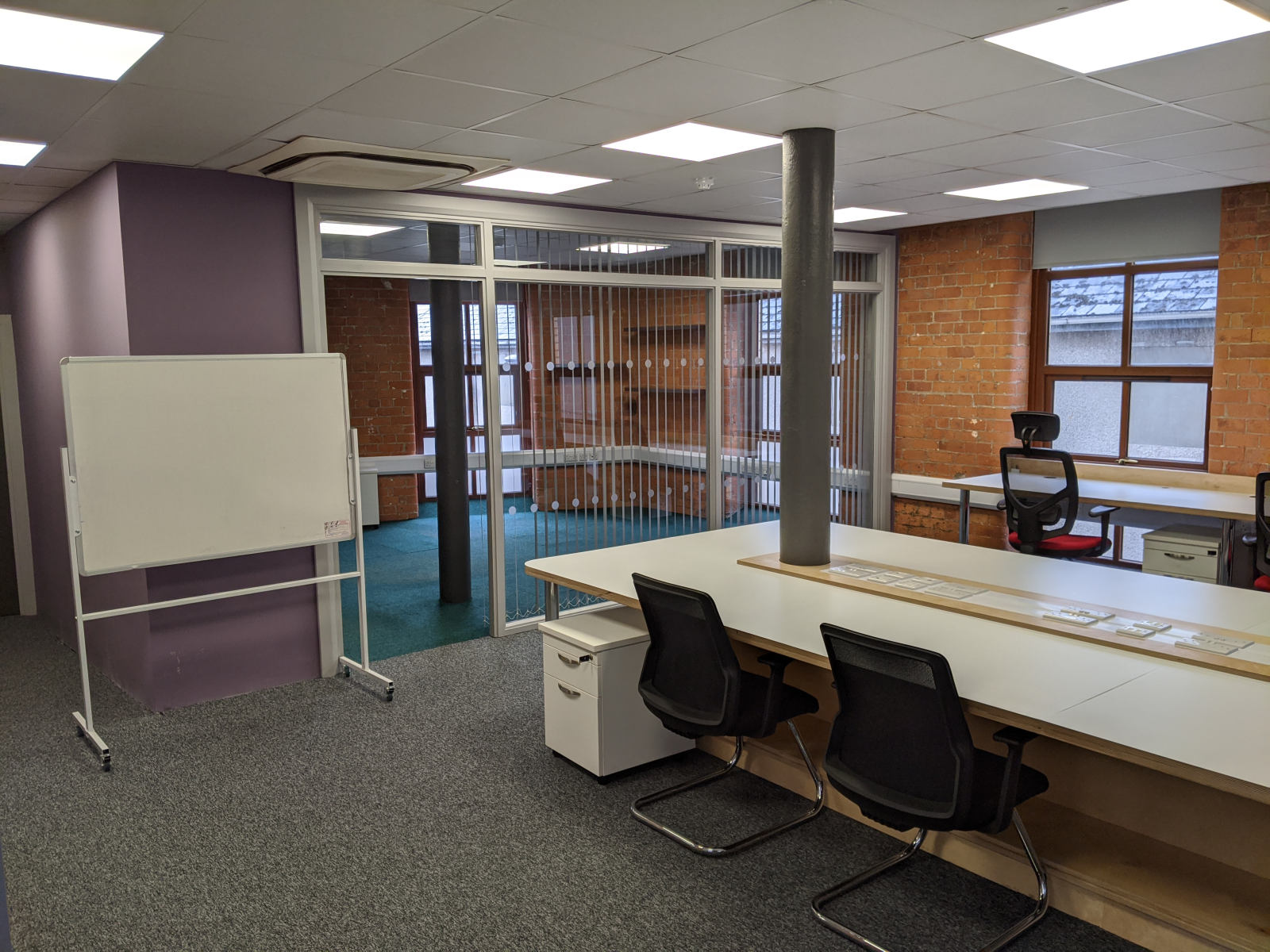 We've got lots of work to do to get the office set up and properly decorated. In particular, we’re excited to have a place where we can finally display some of the amazing fan works that we’ve loved seeing since the announcement of Hytale. Expect to see more updates about the office in a future post!

The team has continued to grow steadily over the last few months as development on Hytale continues. We've been staffing up to meet the needs of the new office while also introducing new producers, designers and developers across the breadth of the project, from adventure mode to the game engine to the platform and services team that supports the entire enterprise - and we’re still recruiting across plenty of positions!

Check out the freshly-revamped jobs page to find out more and submit your application - while some of the roles are based in the new office, many others are remote and we encourage applications from anywhere in the world.

These are exciting times for us as we establish the new office, expand and reorganize our development teams, and embark on a crucial phase in Hytale’s development. We’ve been working on some exciting features and content that we can’t wait to share with you later in the year - but these need a little more time in the oven before they’re ready for public consumption.

In the meantime, we’ve got some new images to share that each show new prefabs, biomes and creatures from across the world of Orbis. As ever, we’re excited to hear your feedback, ideas, and speculation about the significance of each of these new locations! 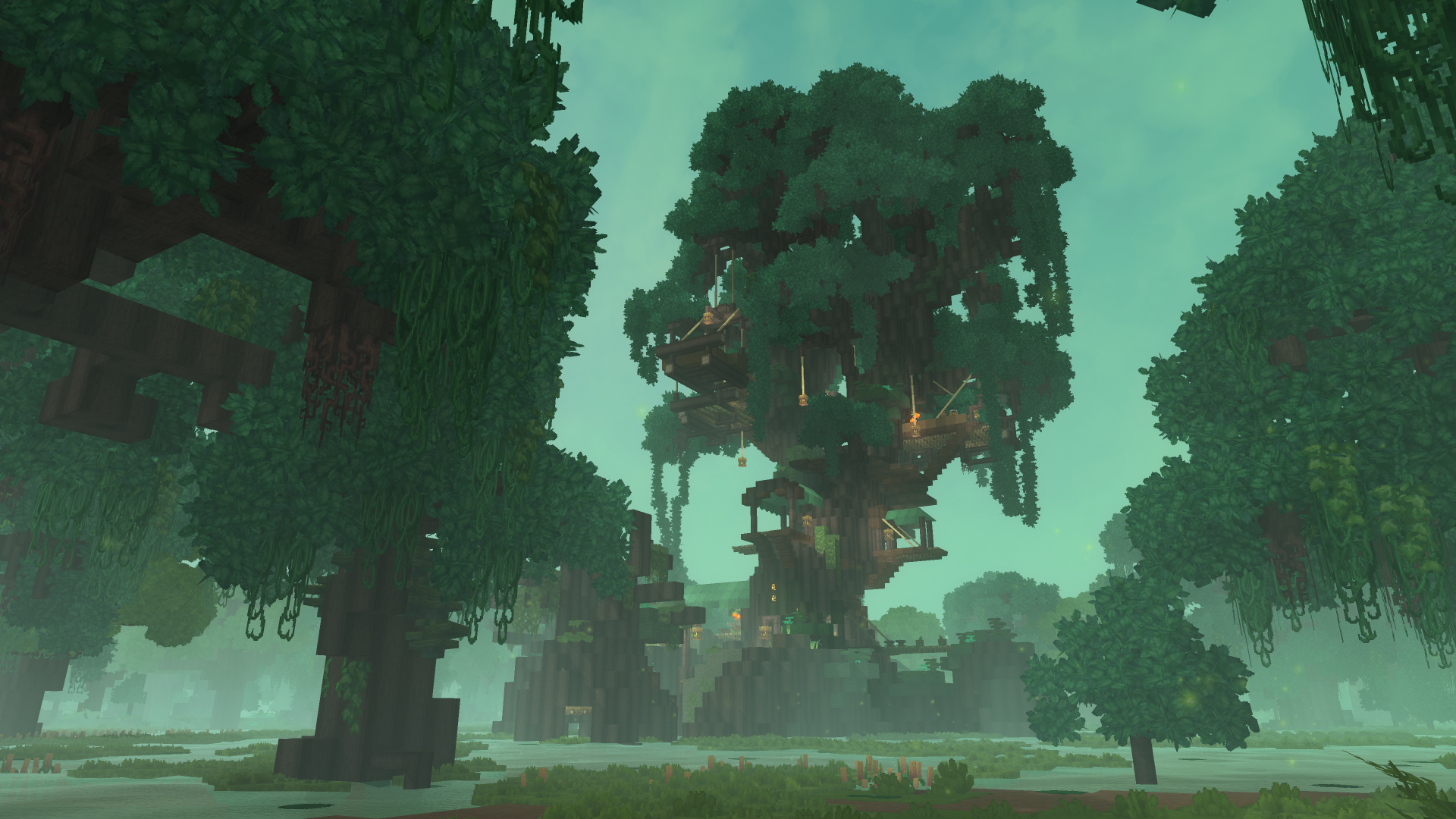 A leafy settlement rises above a misty marshland. 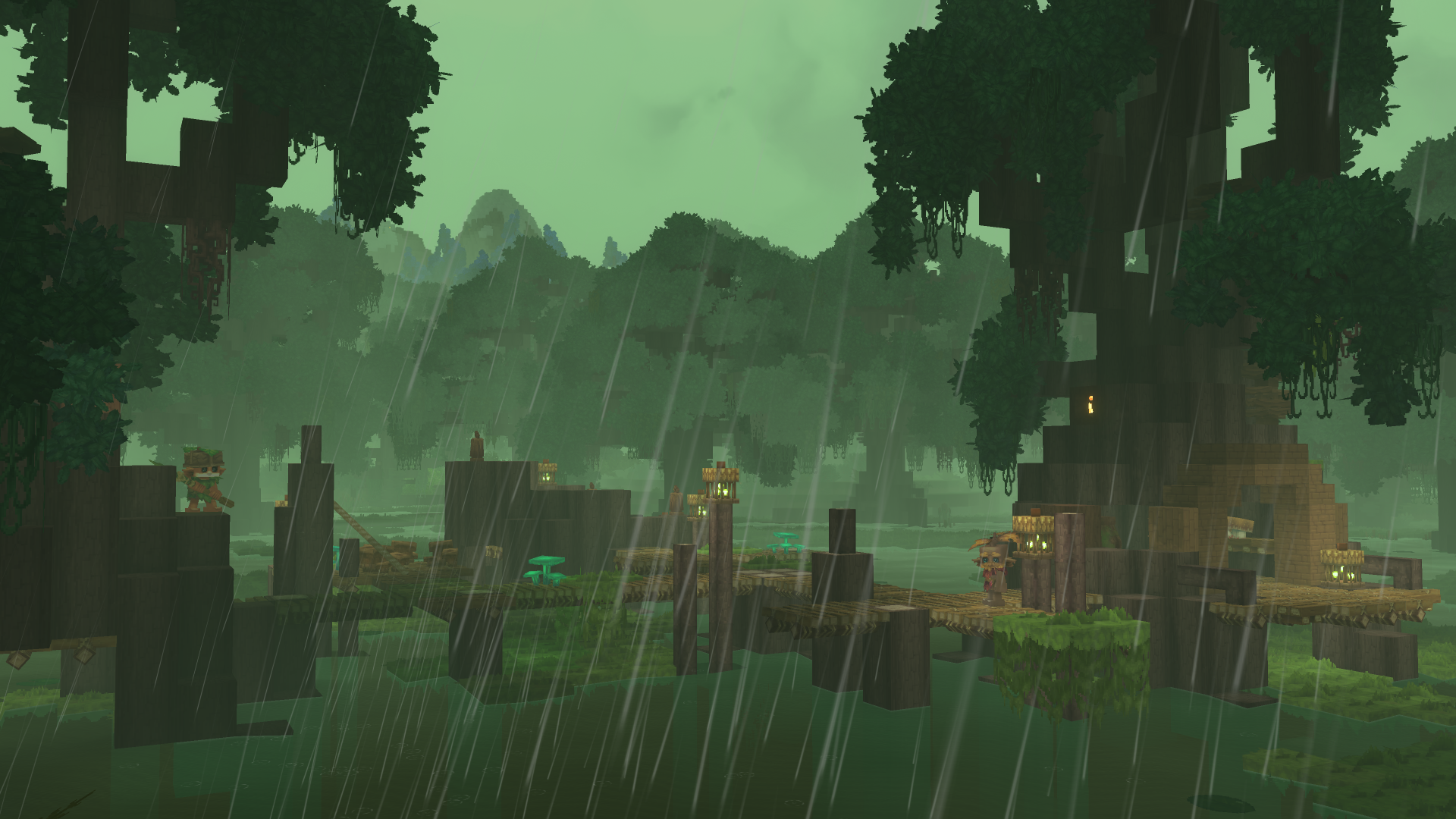 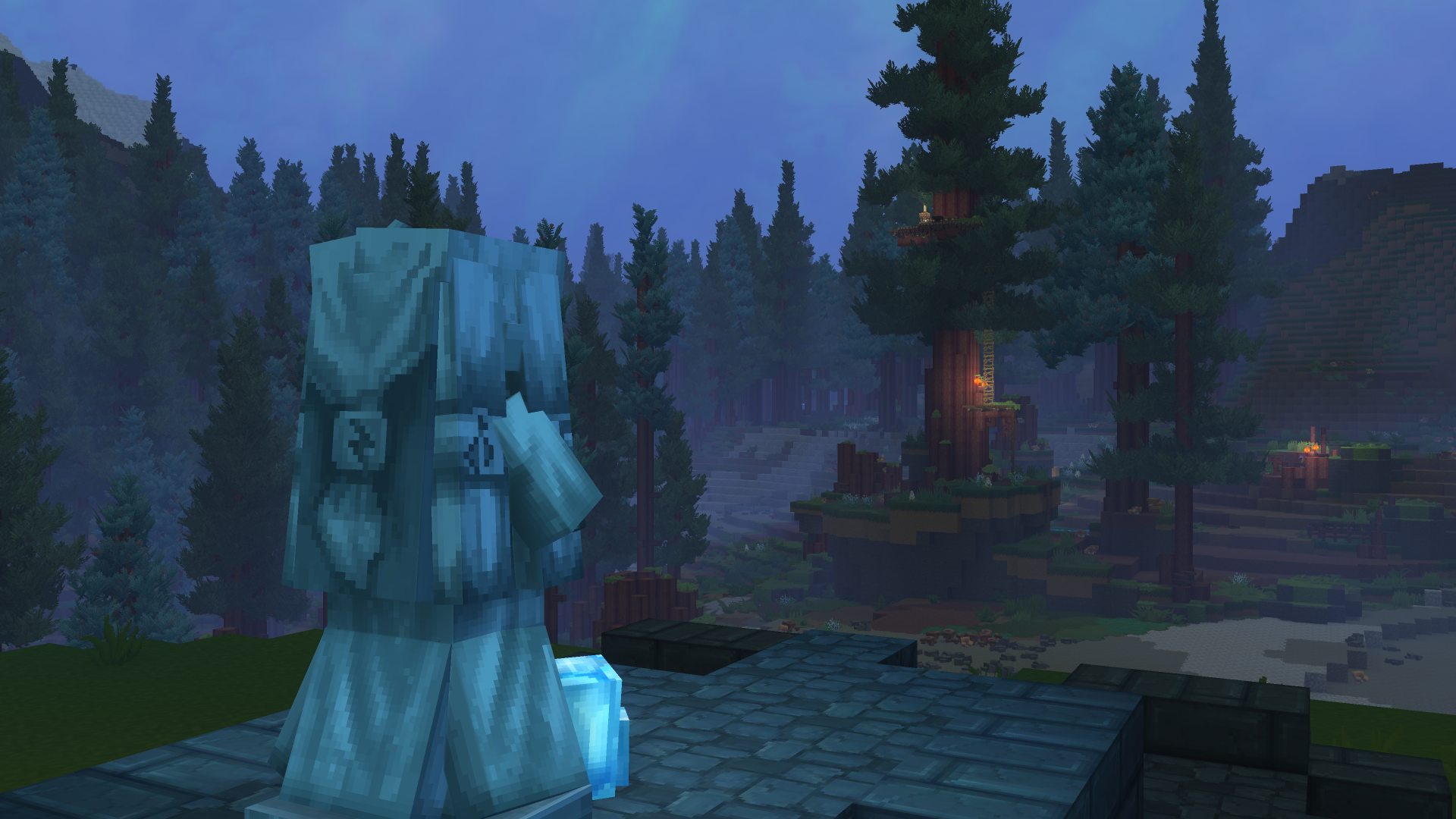 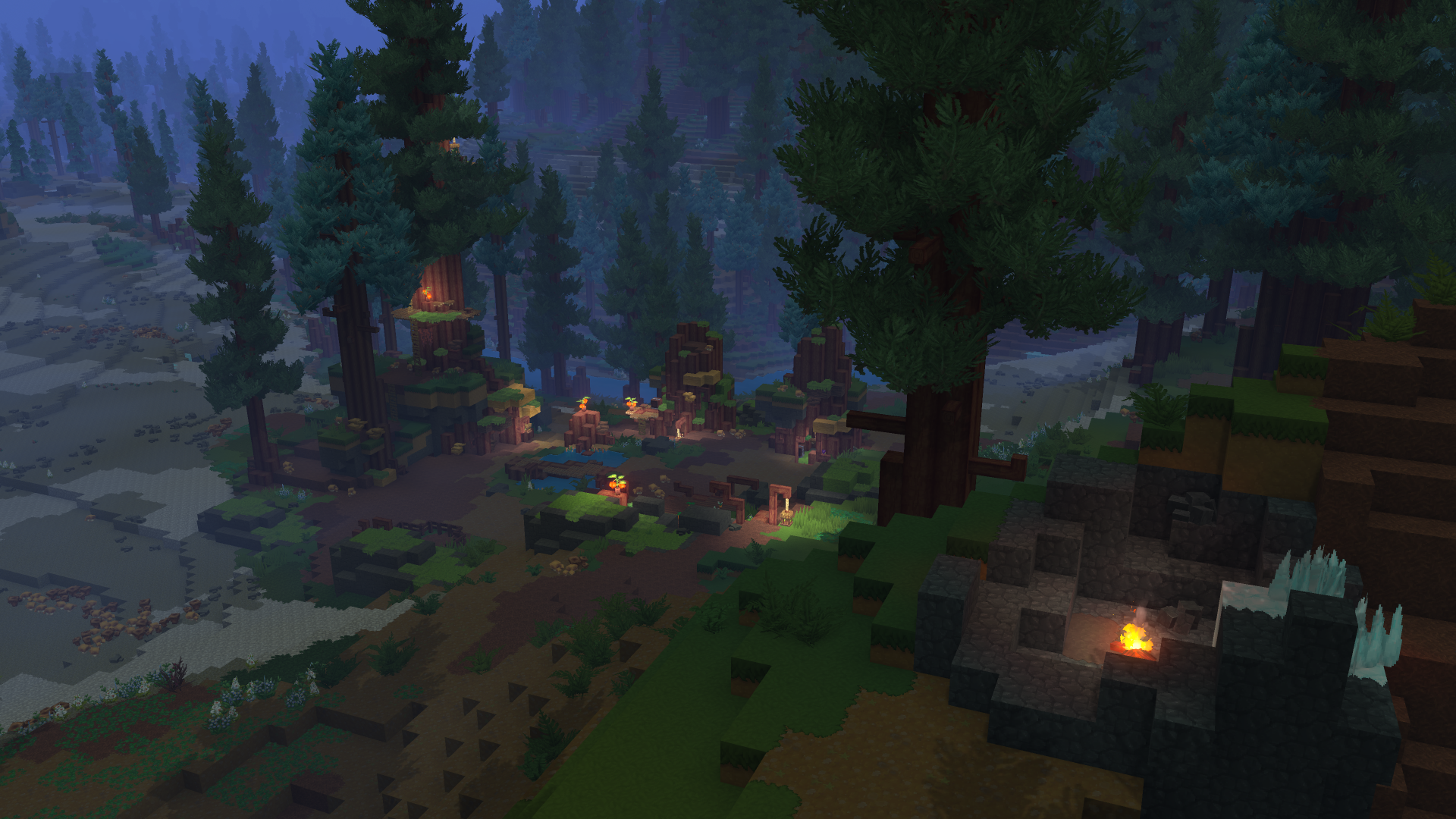 Rocky outcrops and tall trees each offer shelter from the elements. 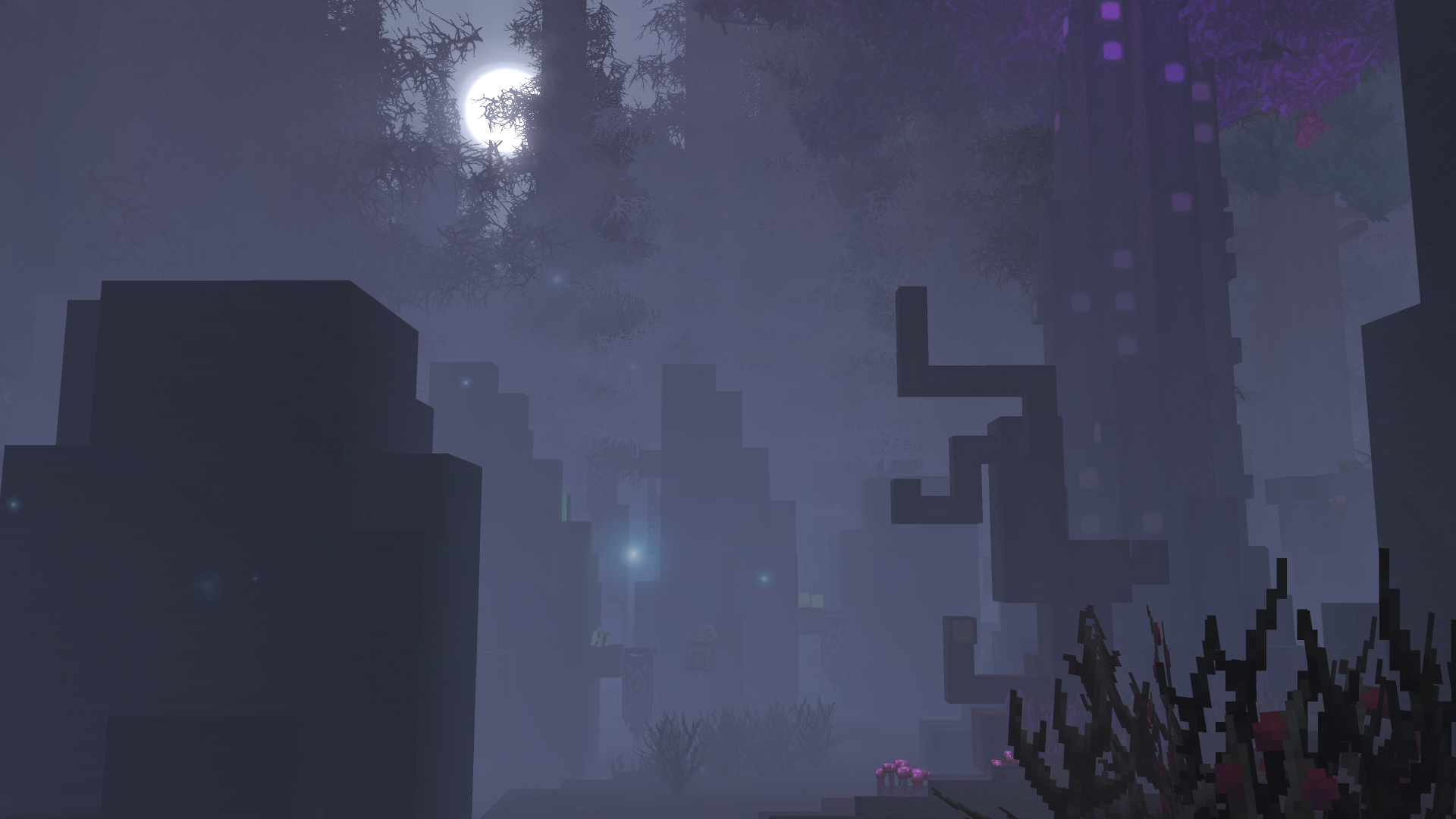 There’s a touch of malignant magic to these woods. 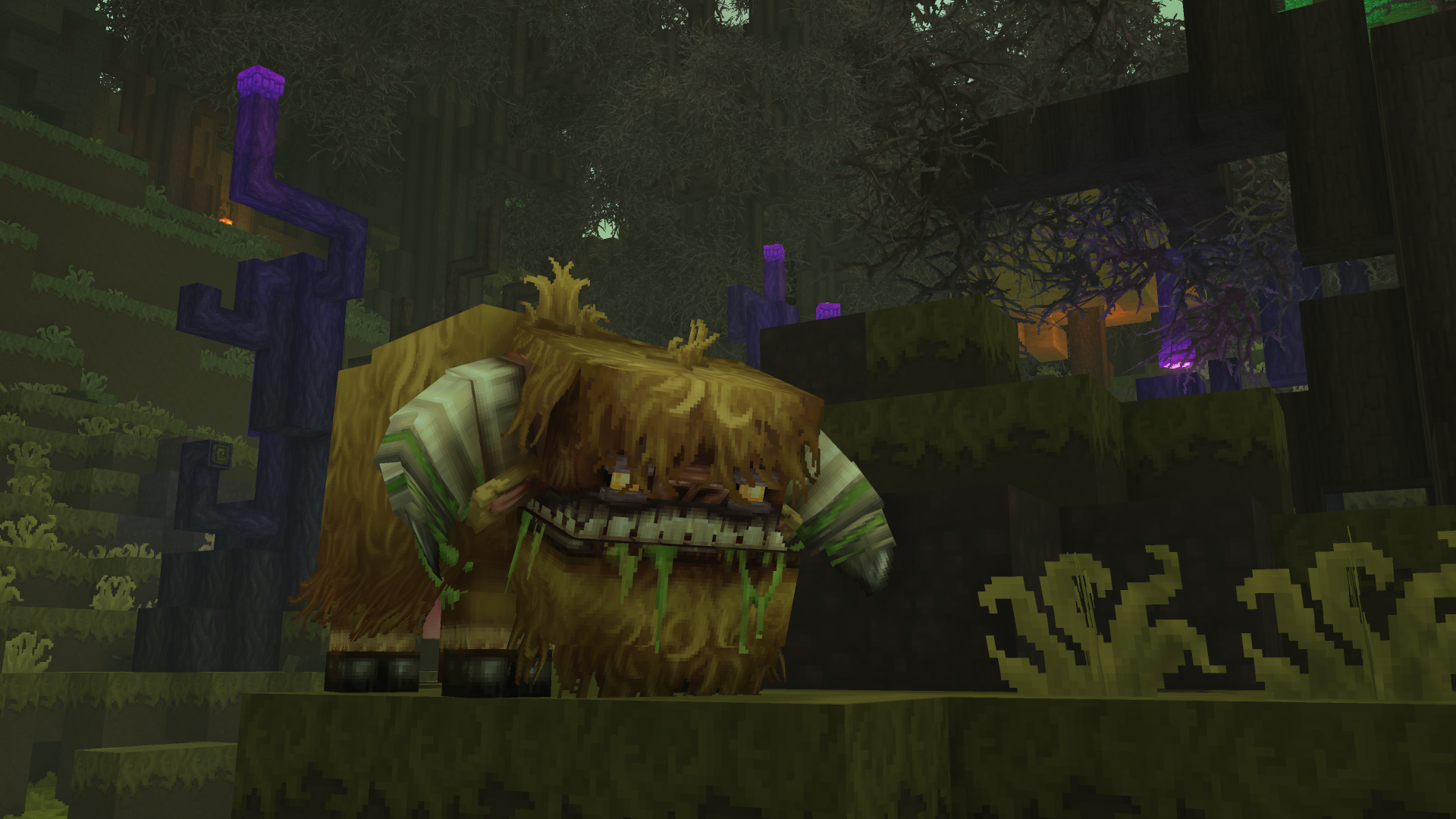 A hardy Mosshorn makes its home in a dank, distant swamp... 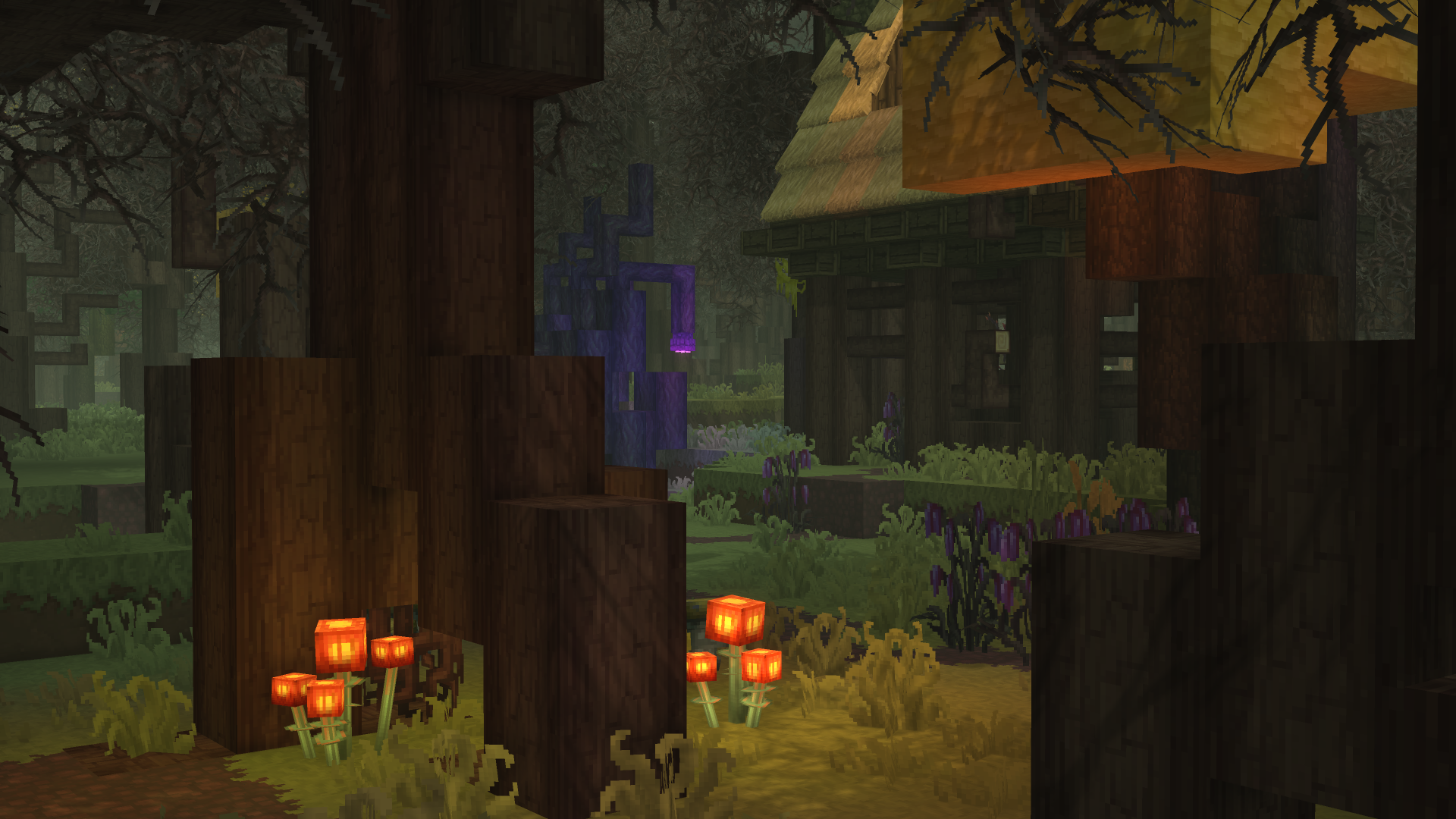 ...its neighbors having long since vanished. 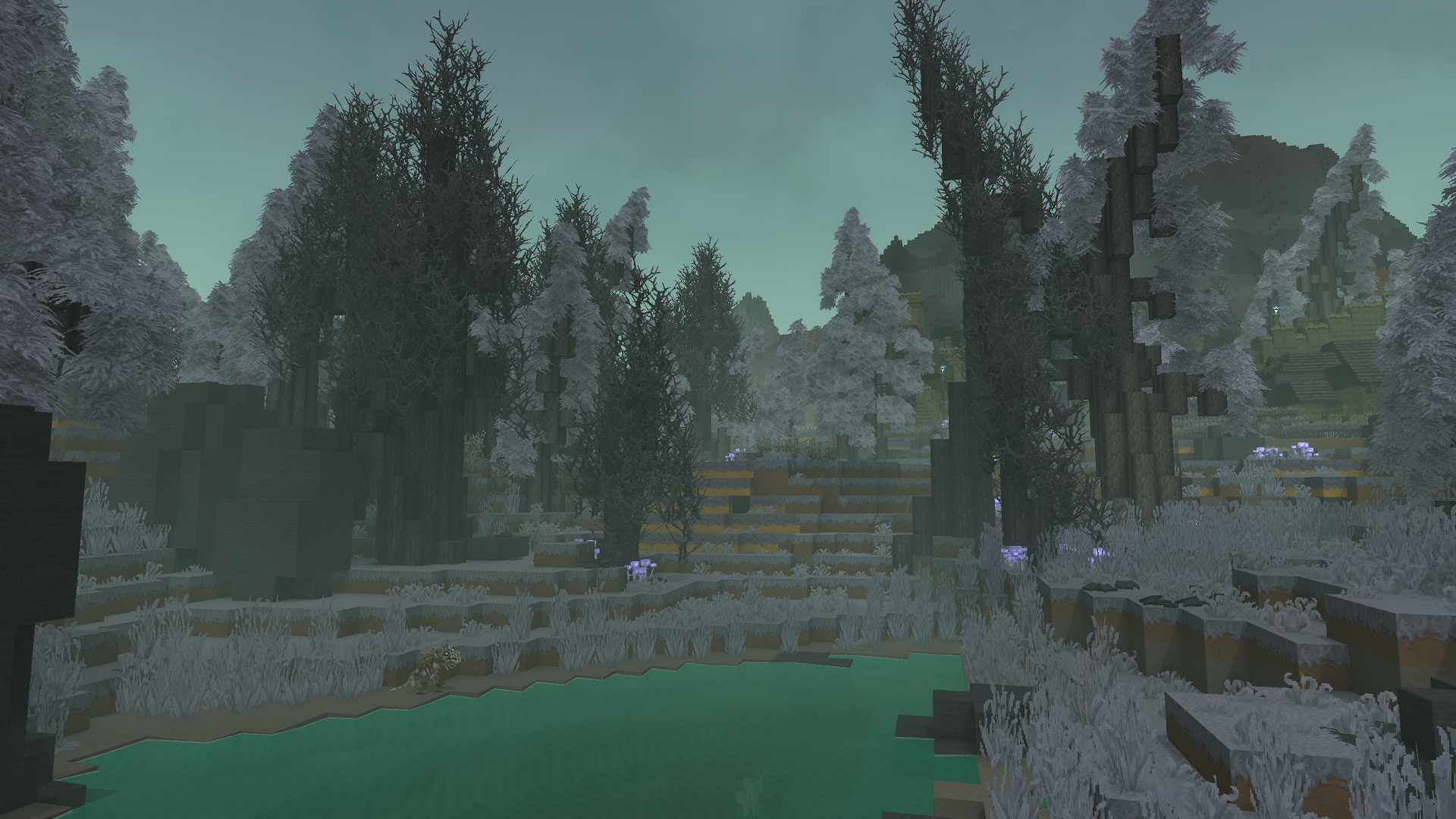 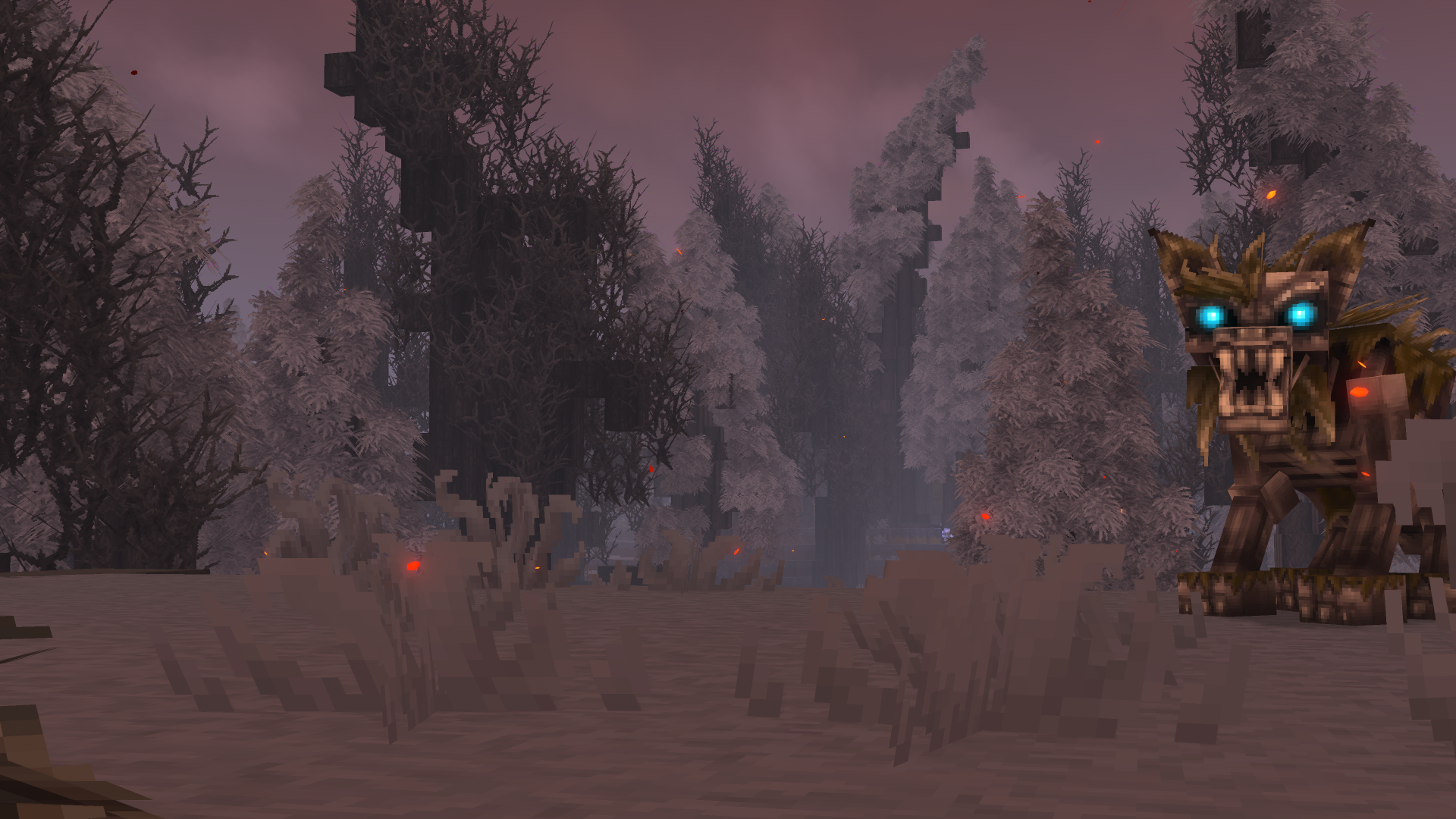 ...where waning embers carry the memory of catastrophe.