Today we have a major announcement to make about the future of Hypixel Studios. Simon and Noxy have each written letters to the community to reveal the next steps that we’ll be taking as a team, and to explain what this means for Hytale itself.

Today, we’re making a major announcement about the future of Hypixel Studios - and taking a huge step forward in our journey from modders to professional game developers.

If you’ve been following our development updates over the course of the last year, you’ll know that the success of the Hytale announcement changed everything for us. It both raised the stakes and opened up a world of opportunities for our team. 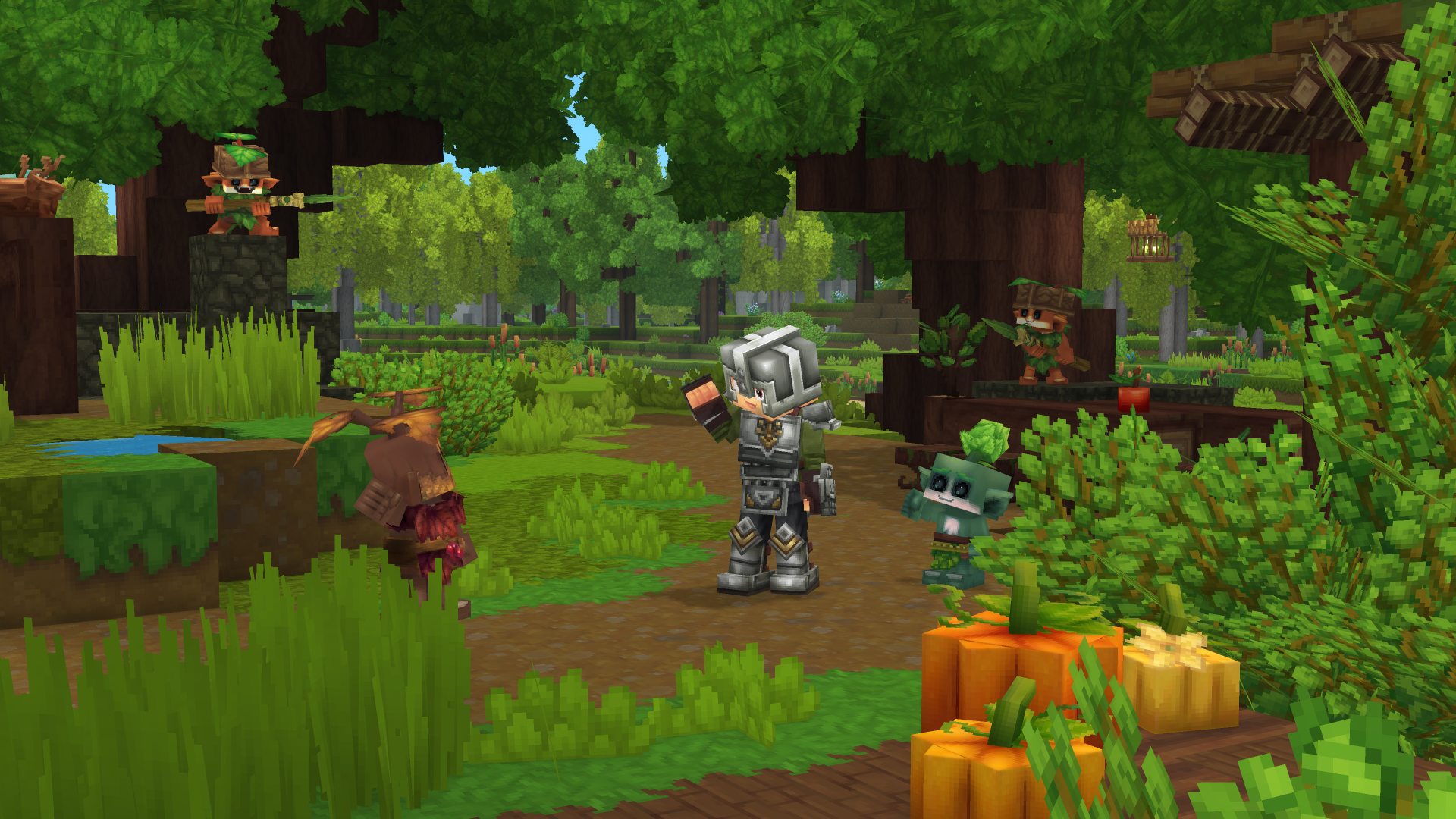 We’re immensely grateful for the enthusiasm and creativity of the growing Hytale community, and we’re committed to delivering a game that lives up to your expectations. That means doing everything we can to ‘level up’ as a studio, from bringing in new talent to improving our processes to seeking out partners who understand our mission.

The success of the trailer opened many doors for us in the games industry. We’ve had a lot of interest from potential partner companies, and while this has been very exciting we’ve also been careful about how we approach each opportunity. It’s absolutely vital to us that we act in the best interest of our team, our project, and our players.

With that in mind, here’s the big news: Hypixel Studios is being acquired by Riot Games as an independent studio. We’ll continue to operate in the same way as we have before, but Riot will become our parent company and we’ll gain access to their expertise and resources. This means a bigger budget for Hytale, more security for our team, and advisory support from a company that knows how to launch and operate successful, long-running games.

Please note that this doesn’t affect the Hypixel Minecraft server or the team at Hypixel Inc at all. This acquisition only applies to Hypixel Studios. 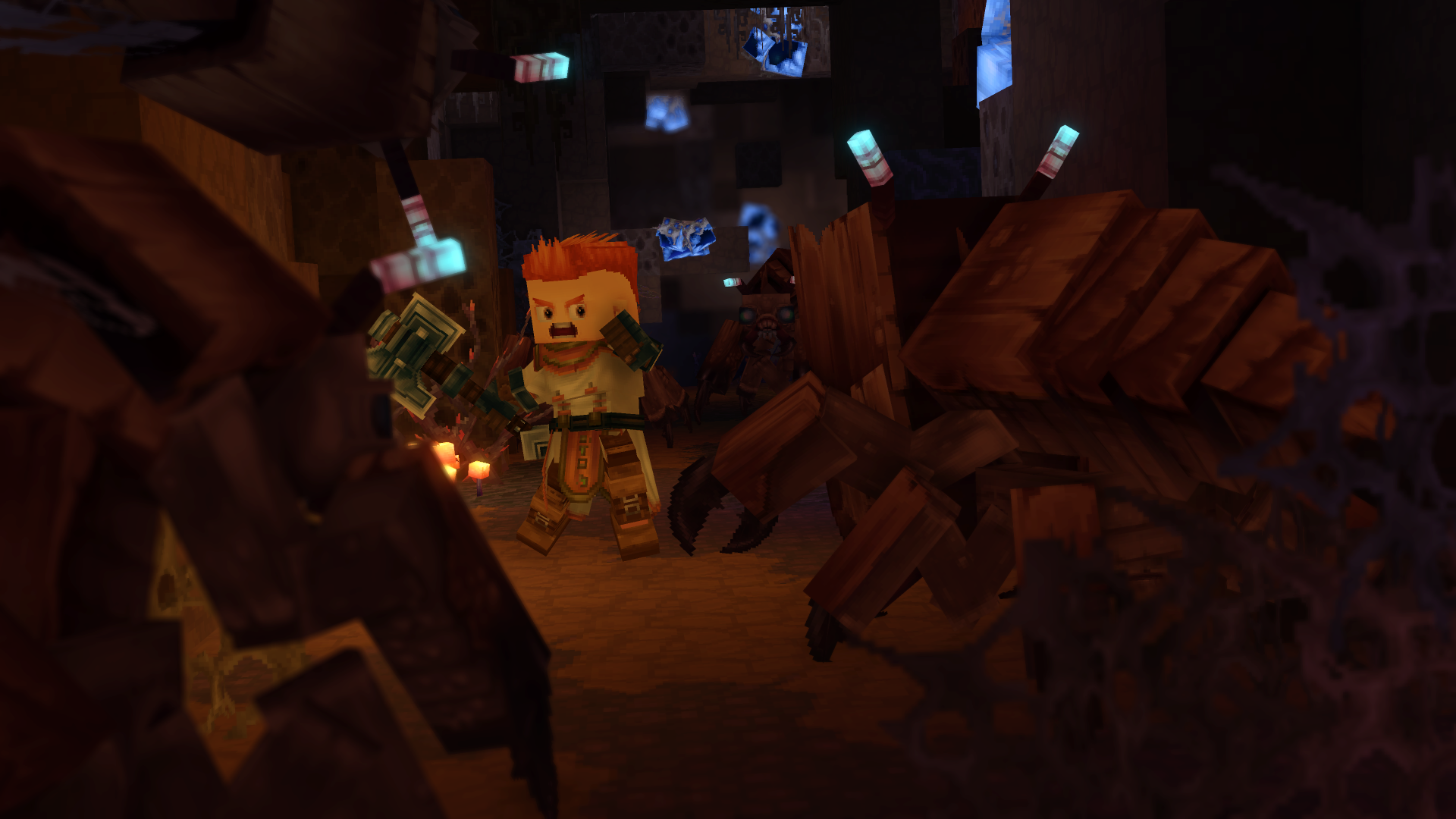 Noxy will take my place as the new CEO of Hypixel Studios - I hope you’ll join me in congratulating him! Noxy has been at the heart of Hytale since the beginning and I have every faith in him as a leader who can ensure that this project lives up to our ambitions. We’ve been working in this way in spirit for years and this change will allow Noxy to level up even further. I am truly excited to see one of my best friends continue this incredible journey.

It’s been a long nine years since Rezzus and I launched Hypixel as a whole, and this will allow us to step back and be in a better position to advise the team whenever they need it. I’ll be focusing my future efforts on my health, family, and the Hypixel Minecraft server where it all started, while still making myself available to Noxy and the Hytale team as an advisor.

I’m hugely grateful to the teams at Hypixel Studios and Hypixel Inc, as well as everyone who has supported Hytale, created content about our project, or played a Hypixel minigame. This has been an amazing journey, and I can’t wait to see what the future holds for Hytale!

As many of you will already know, our relationship with Riot Games goes back a long way. Multiple team members, including myself, are former Rioters - and when we founded Hypixel Studios in 2018, we did so with the support of an advisory group of angel investors that included Riot. Then, as now, we were impressed by their enthusiasm for what we are trying to achieve, and grateful for their expertise.

Even so, we haven’t entered into this new arrangement lightly. Figuring out what kind of future partnership worked best for the team, the project and the community was a long and sometimes challenging process - if you were wondering why it was necessary for us to ‘go quiet’ for long stretches of 2019, well, there’s your answer! These processes take a lot of time and careful consideration to get right. 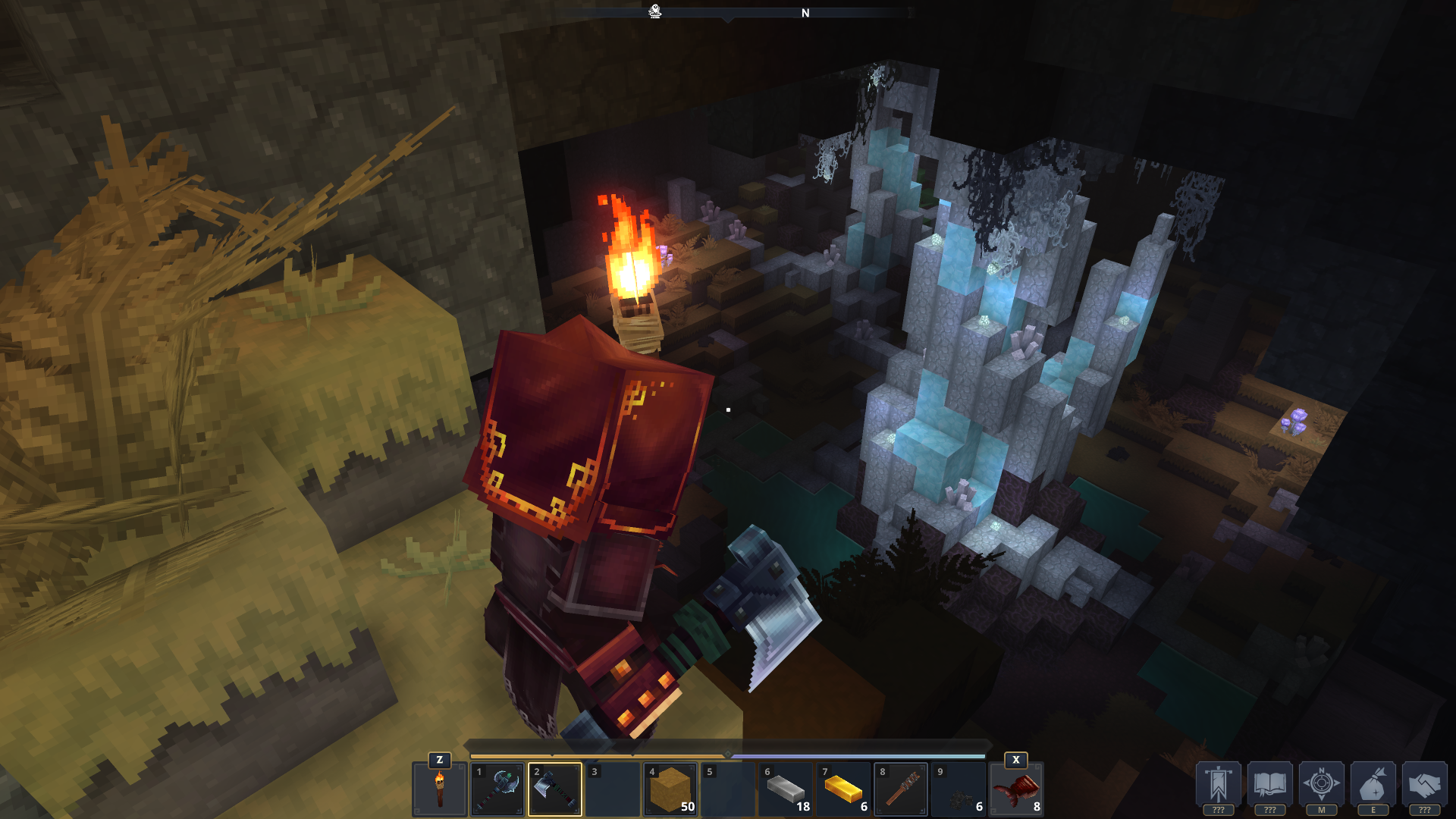 Despite our existing relationship with Riot, we’ve had many partnership opportunities present themselves to us. Riot has been encouraging as we’ve explored these other options, and highly respectful of our goals, our culture, and our community. In the end, that is one of the main reasons that we’ve decided to enter into this new partnership. Riot understands the kind of company we are and the kind of game we’re making, and they’re invested in our success.

Ultimate responsibility for Hytale still falls to us. The same team is developing the game, and while we’ll be expanding and improving our development pipeline, the core culture of Hypixel Studios won’t change. We want to create the most empowered player community in the world. Through this new partnership with Riot, we’ll have access to resources, tech and expertise that will aid us in achieving this goal. 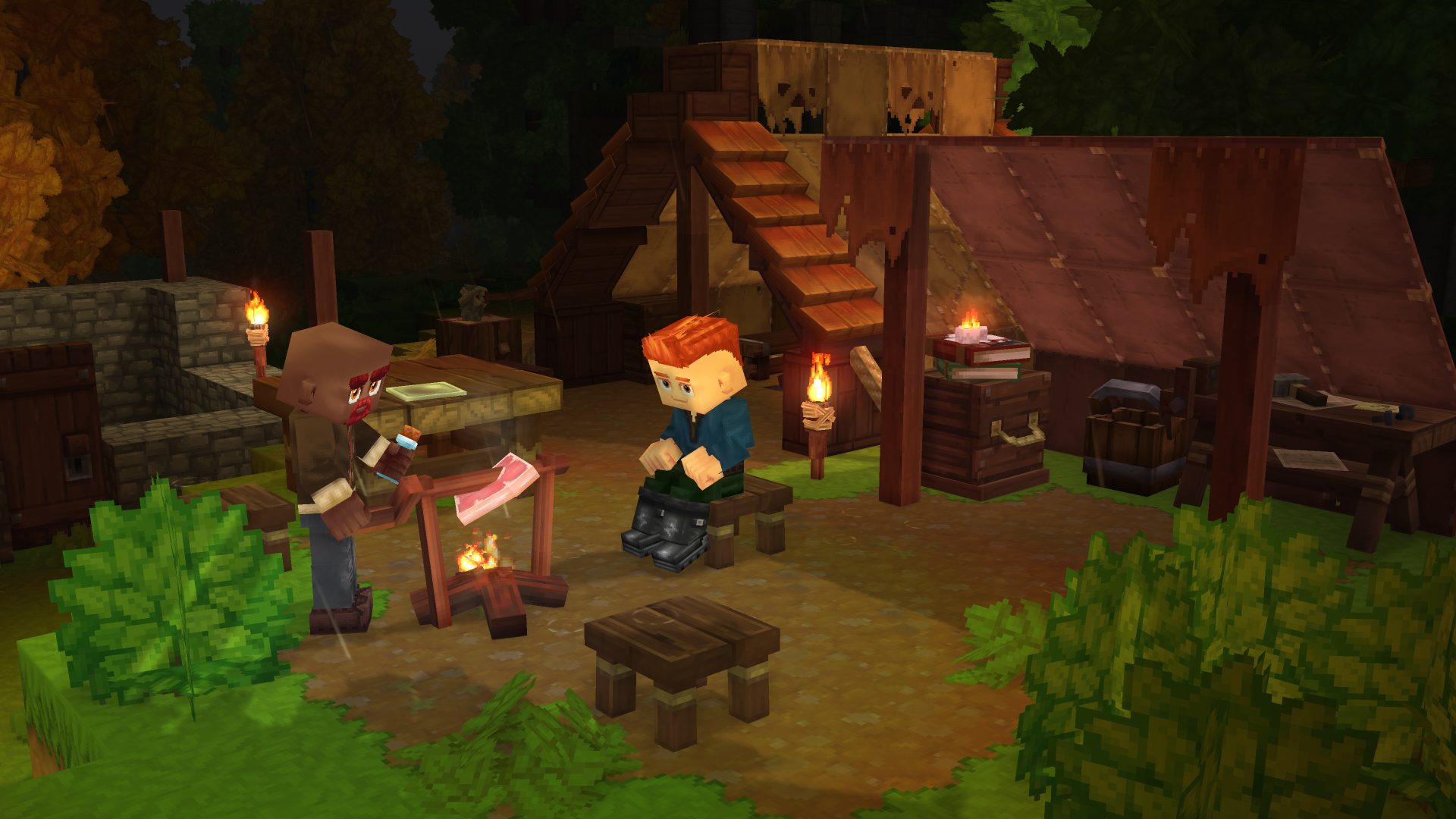 This also means that we can set up our first physical office. The new Hypixel Studios HQ will open in my hometown of Derry~Londonderry, Northern Ireland. At first, this new office is going to allow us to bring on support staff to help with the day to day running of the company, as well as a new QA team to assist with the ongoing development of Hytale. We anticipate plenty of growth in the future, although the majority of the team will continue to contribute remotely from all over the world. You can find more information on open positions at Hypixel Studios on our jobs page.

Personally, I couldn’t be happier to be beginning this new chapter in our story as game developers. Our dream has always been to grow from our origins as modders, to ‘go pro’ and establish ourselves as a fully-fledged game development studio. Entering into this partnership with Riot is a major step for us in that regard, the resolution to the journey that we’ve been on ever since the Hytale trailer blew up in a way that none of us could have anticipated. 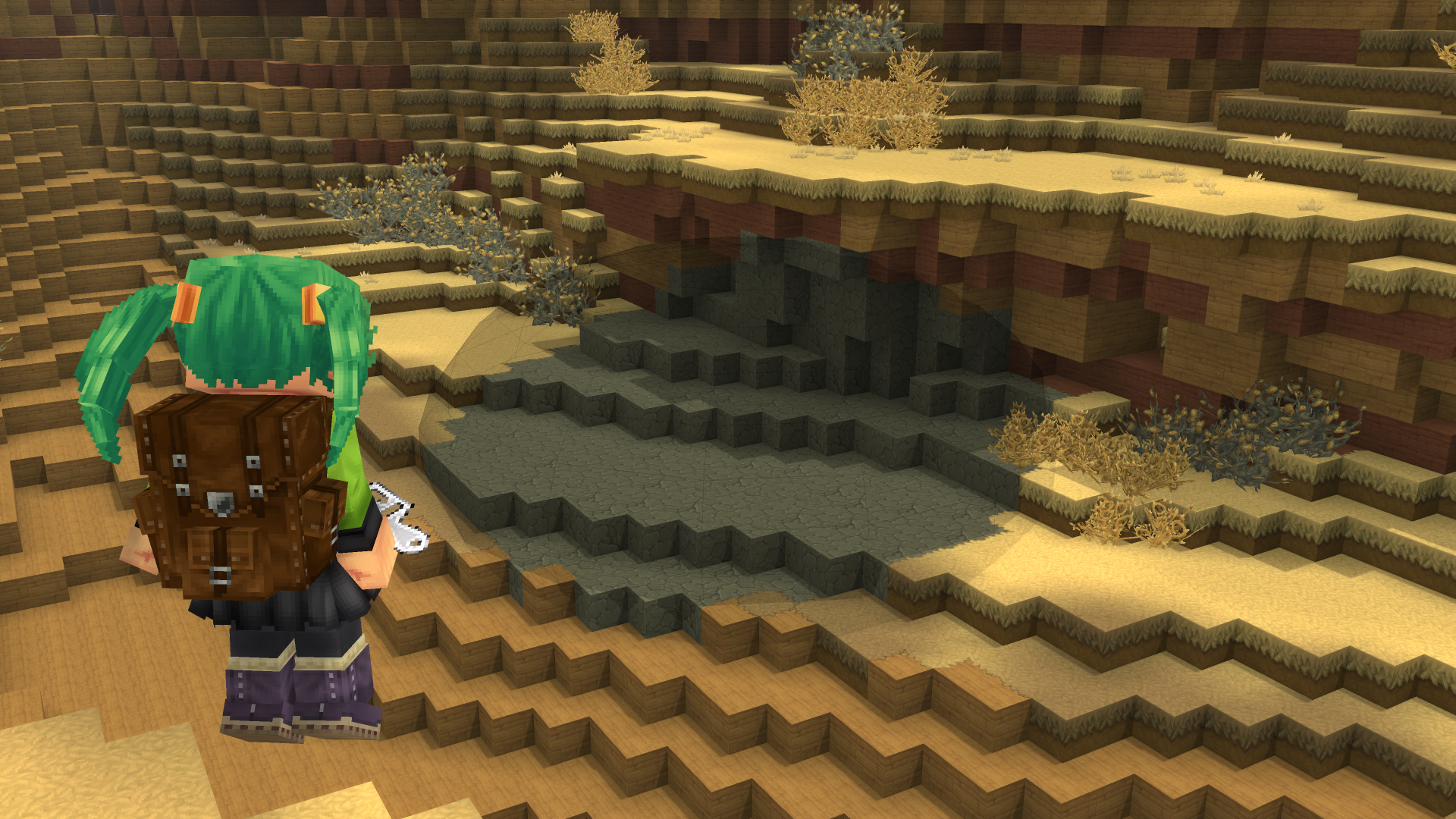 We’ve spent a year figuring out the most responsible way to secure the resources we need to deliver the best game we can make. Now that we’ve answered that question, we can focus on the really important part: finishing the actual game!

In the meantime, we anticipate that you’re likely to have a lot of questions about this new partnership and what it means for Hytale. Please see the accompanying FAQ for more information.

Thank you to everybody who has contributed to the Hypixel server and Hytale over the years - and to our community, whose continued support of Hytale means everything to us. We can’t wait to share the game with you!