Hi everybody! In this post, we’re going to explore some of the under-the-hood improvements we’ve made to Hytale’s character customization system - changes that expand the range of characters you’ll be able to create both in-game and through the use of Hytale’s modding tools. We’re also going to take a peek at Hytale’s throwable items… for reasons that’ll become clear.

We’ve had another busy month as we continue to grow and adapt our team to match the evolving challenges of game development. Over the last month we’ve listed many new roles on our jobs page, including positions in our forthcoming headquarters in Northern Ireland as well as remote roles across a variety of disciplines. Please take a look! We welcome all applications. 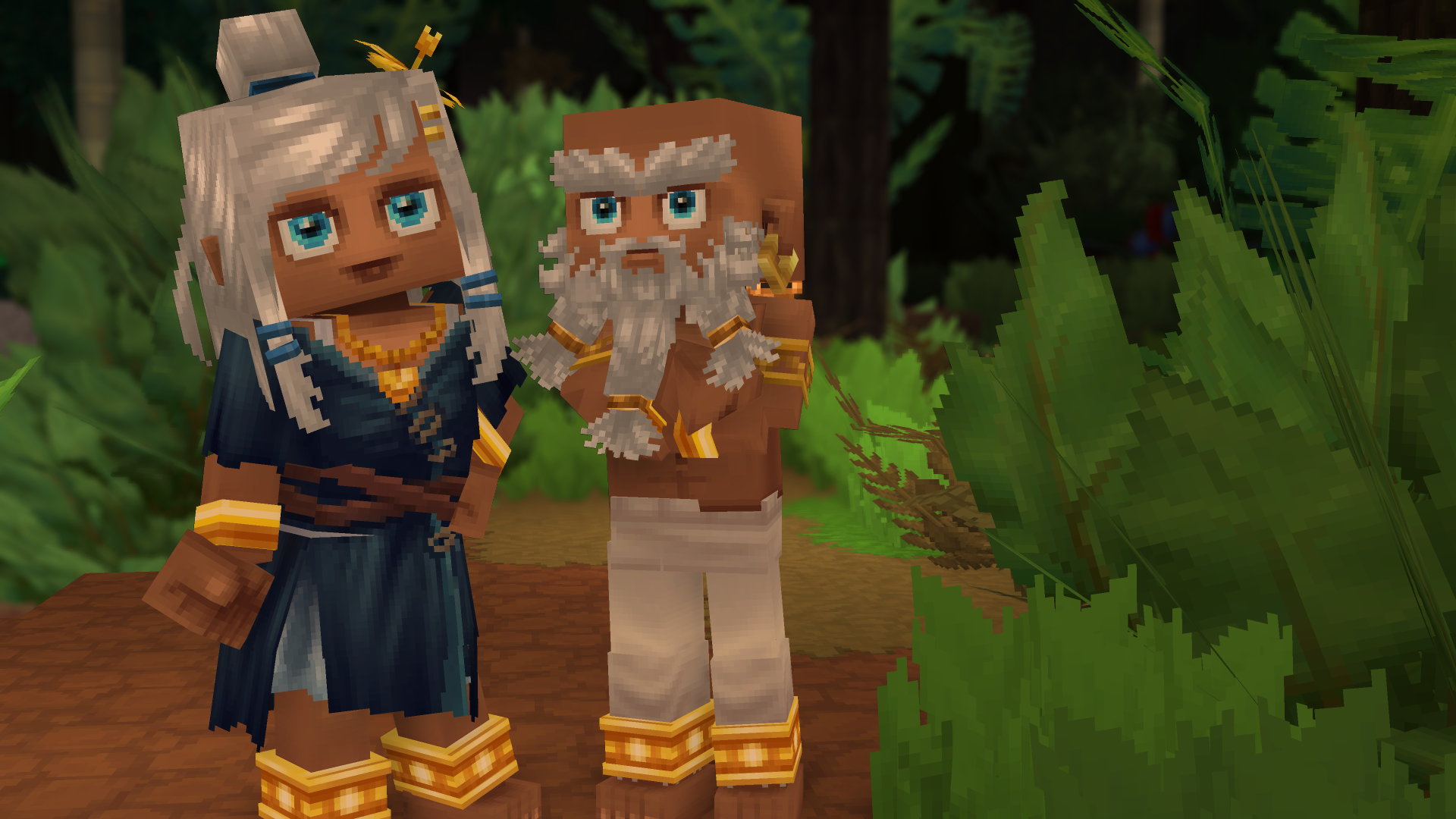 It’s been a fair while since we’ve talked about character customization in Hytale. In our previous blog post on the subject, we introduced our fundamental goals and approach. Hytale character customization allows players to select from a variety of body options, hairstyles, and items of clothing. We’re seeking to provide the ability to express yourself in a variety of styles, from modern dress to costumes and adventure mode-inspired fantasy attire.

In the time since that post, however, we’ve overhauled the way that Hytale handles color variations for in-game assets. This makes it much easier for both ourselves and future modders to provide a suite of expressive options for players to adorn themselves with. In this blog, we’re going to explain how the new system works. 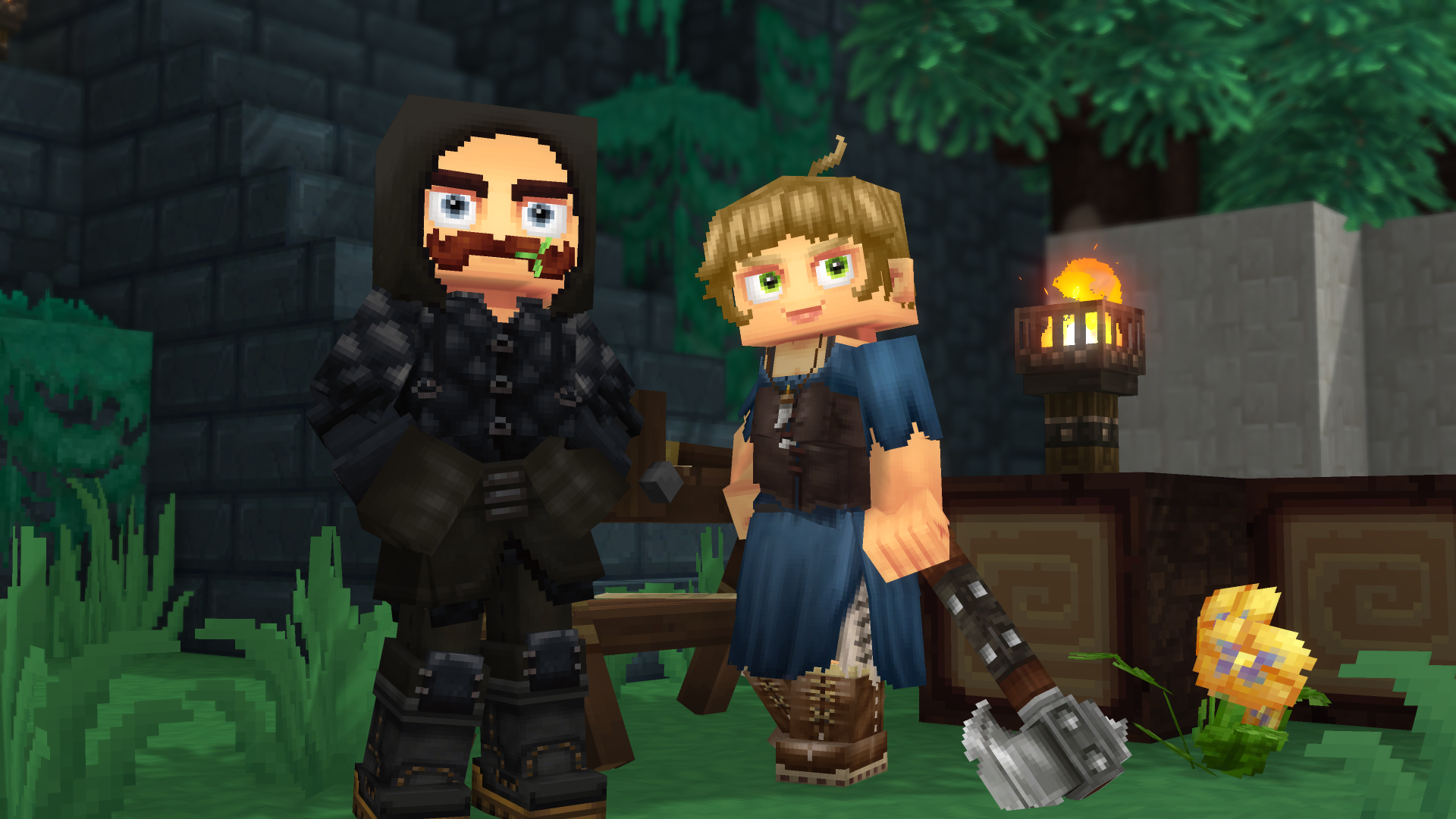 Previously, creating a new color variation for an asset - such as a piece of clothing - meant creating a brand new texture. When you changed your hair color from black to blue, for example, you effectively replaced the entire texture being applied to the hair model. This system was functional, but it massively inflated the amount of textures needed while ultimately limiting how many options we could offer to players. 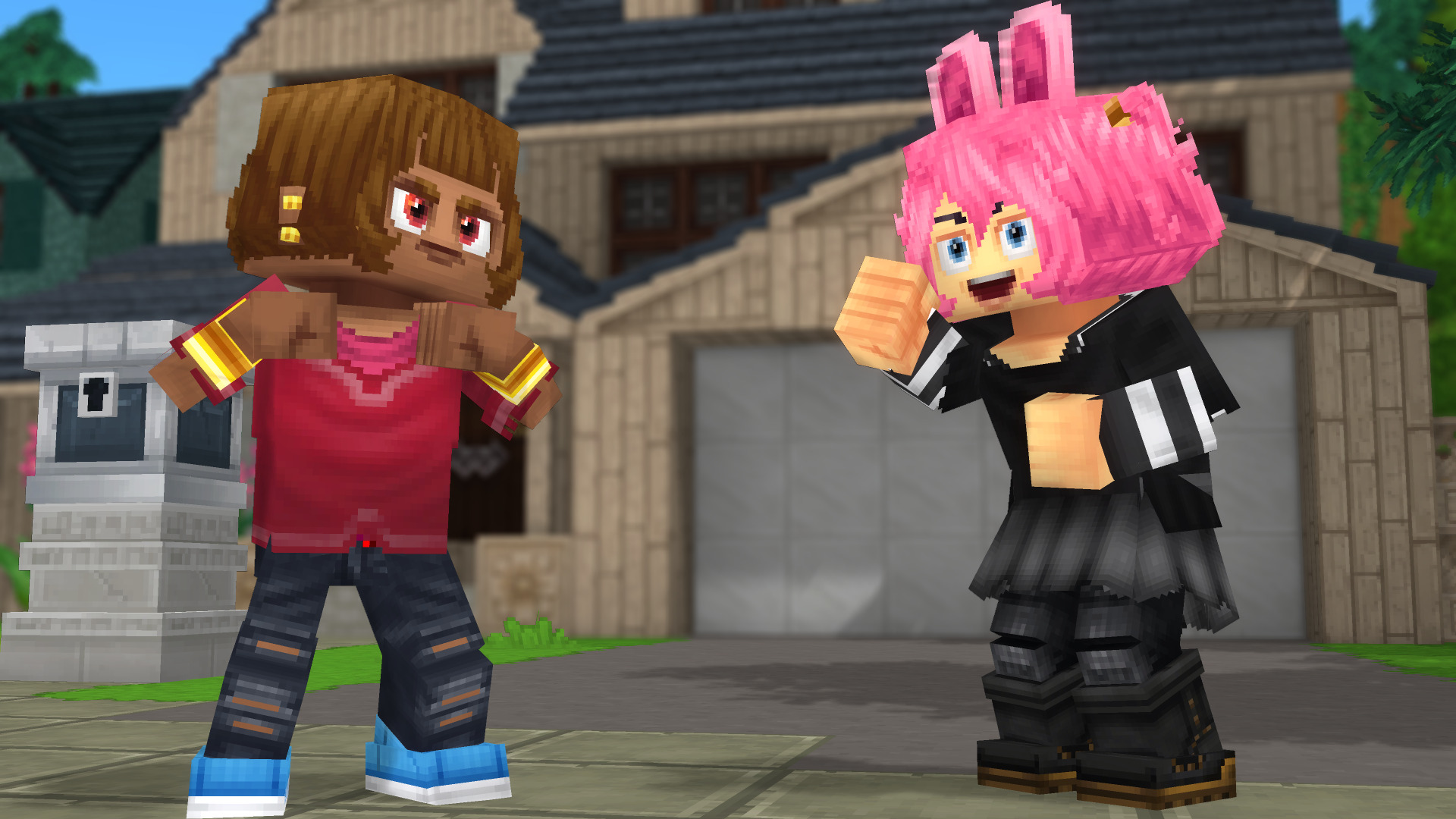 We’ve since implemented a new system called gradient mapping. This effectively splits up any given in-game asset into three components: 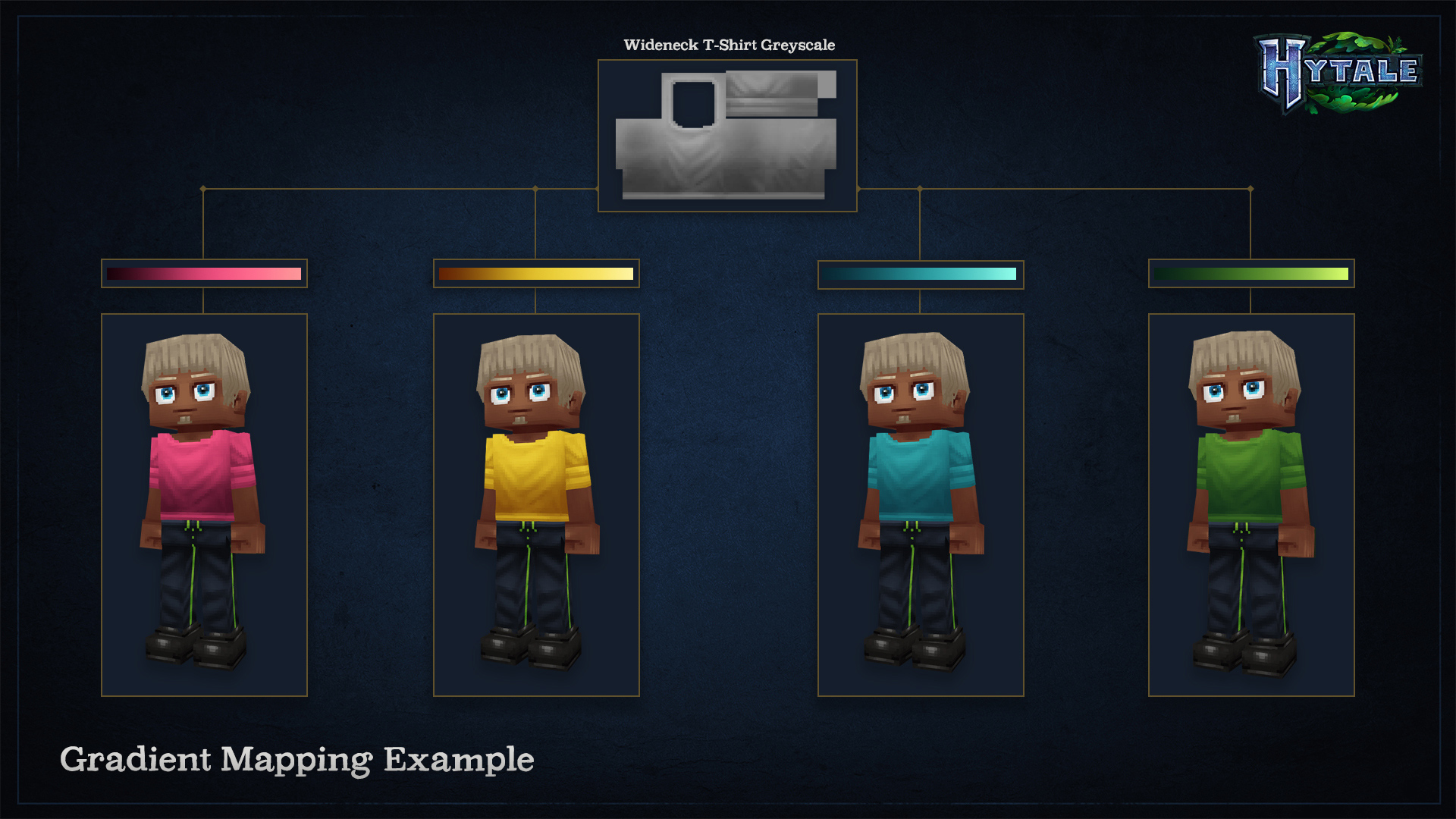 In this image, we’ve taken a simple t-shirt design with a grayscale texture. Color taken from a separate gradient file is then applied to the mappable area, allowing us to create a wide variety of variations on a given item from a single basic texture.

It’s possible to set the colors of certain parts of a texture and leave others customizable. In the example above, the green stripe on the tracksuit trousers is a customizable area, while the dark blue hue of the trousers themselves is fixed in the texture file. What’s more, the properties of the gradient file can be used to define different material types: from coarse fabrics to high-contrast metallics and soft textures like hair.

Modders will be able to take advantage of these techniques when creating their own content. You’ll be able to create and apply textures with gradient mappable areas in Hytale Model Maker. You’ll also be able to implement custom gradient maps, introducing new color schemes and materials to Hytale’s palette and further expanding the range of options available for existing items.

Our goal is to allow players to express themselves using a wide variety of looks and styles that we provide as part of the game itself - and then empower modders to expand this set with their own creations. Gradient mapping takes that further, by allowing modders to provide customizable new assets for players to further personalize themselves. 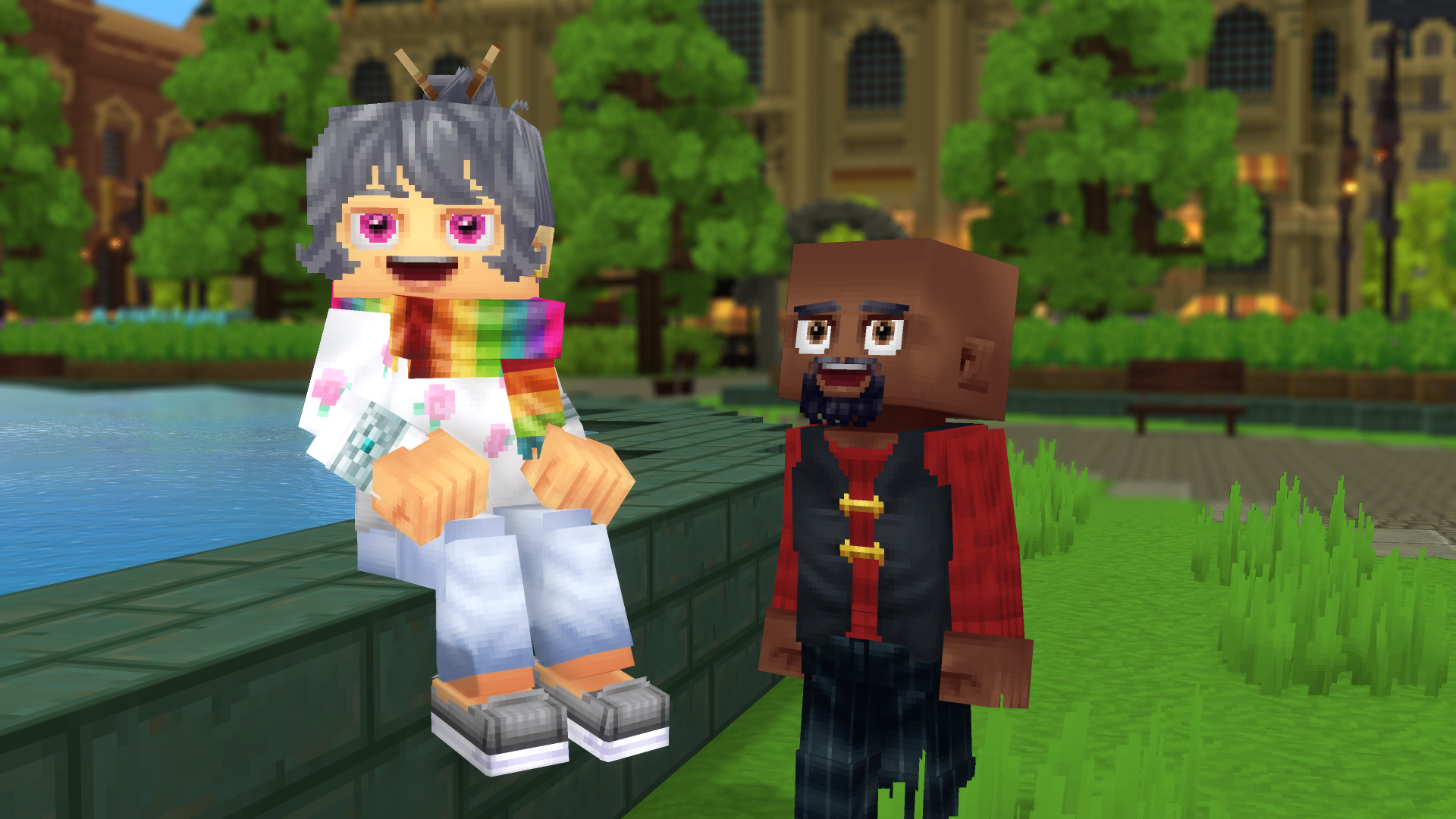 While we have a specific vision for Hytale’s art and design style, we encourage modders to use the tools we provide to take the game in new directions. Below, you can see an example of some custom anime-inspired costumes that have been created as a personal project by art team member Stein! 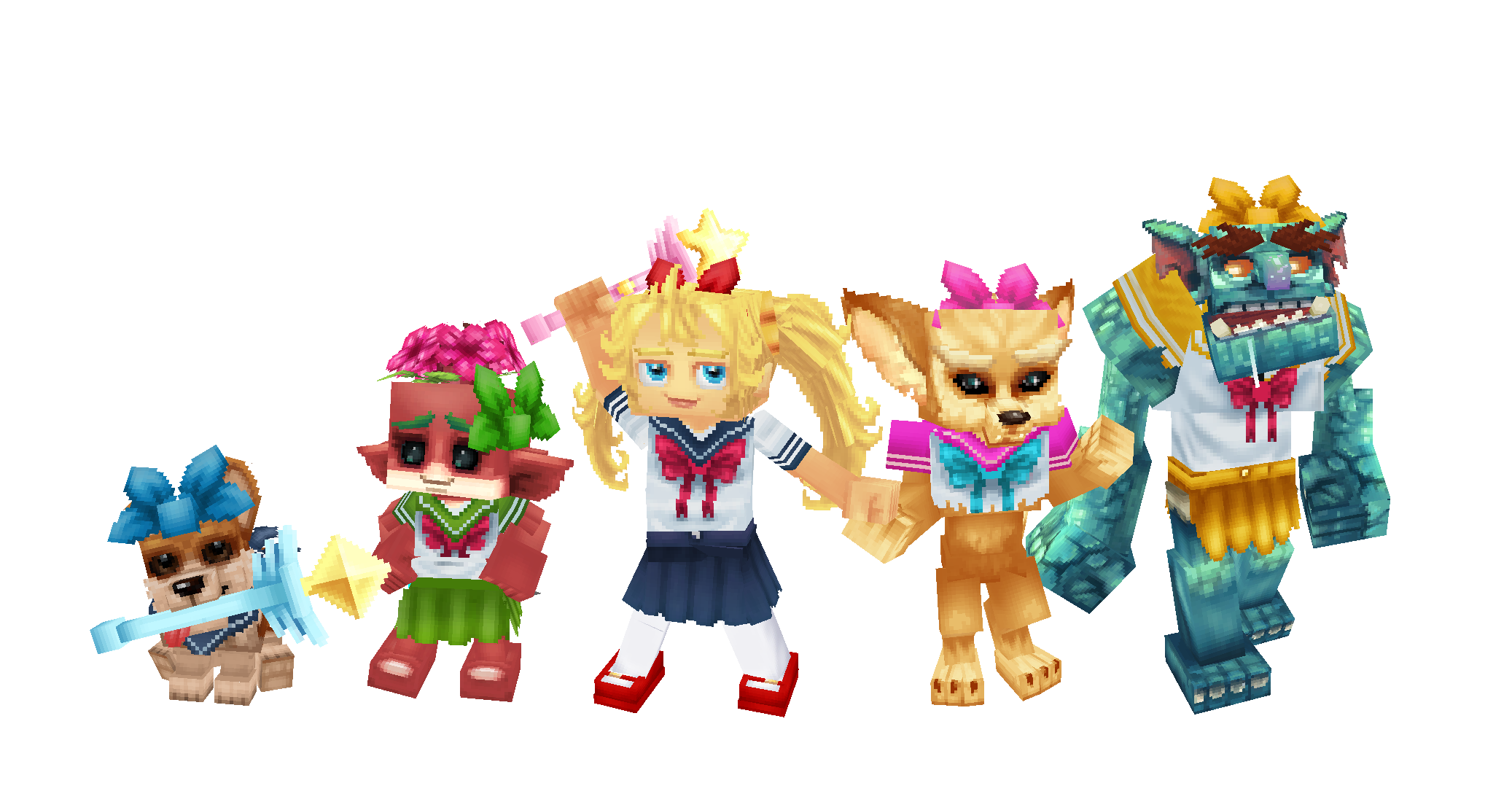 We’ve hinted at throwable items a few times on the Hytale blog, including a number of screenshots and that one pigeon video. We thought we’d close out this post by showing some of the work that has been done to make throwing stuff look, feel and sound the way that it should. It turns out that throwing stuff is fun!

First up, here’s an example of the kind of accuracy you’ll need to develop if you’d like to become a master of the throwing spear:

This clip also showcases some recent improvements to our audio system. Stereo panning can now be applied to sound effects on an item-by-item basis, making weapon swings more immersive by reflecting the directional movement of the weapon in the audio itself.

While sharp objects like spears become embedded in the objects they collide with, others might bounce or break. In the clip below, you can see how thrown debris interacts with the environment after it is thrown:

This is a very simple example of what we’re hoping to achieve with these kinds of interactions. Physics systems and immersive audio help us add depth and tactility to your actions, and over time these small details add up to a much more believable game world.

Now, there’s one particular throwable object that we’ve received a lot of questions about since we unveiled it back in January. We’re not saying that this whole section has been just an excuse to show this next clip, but, well…